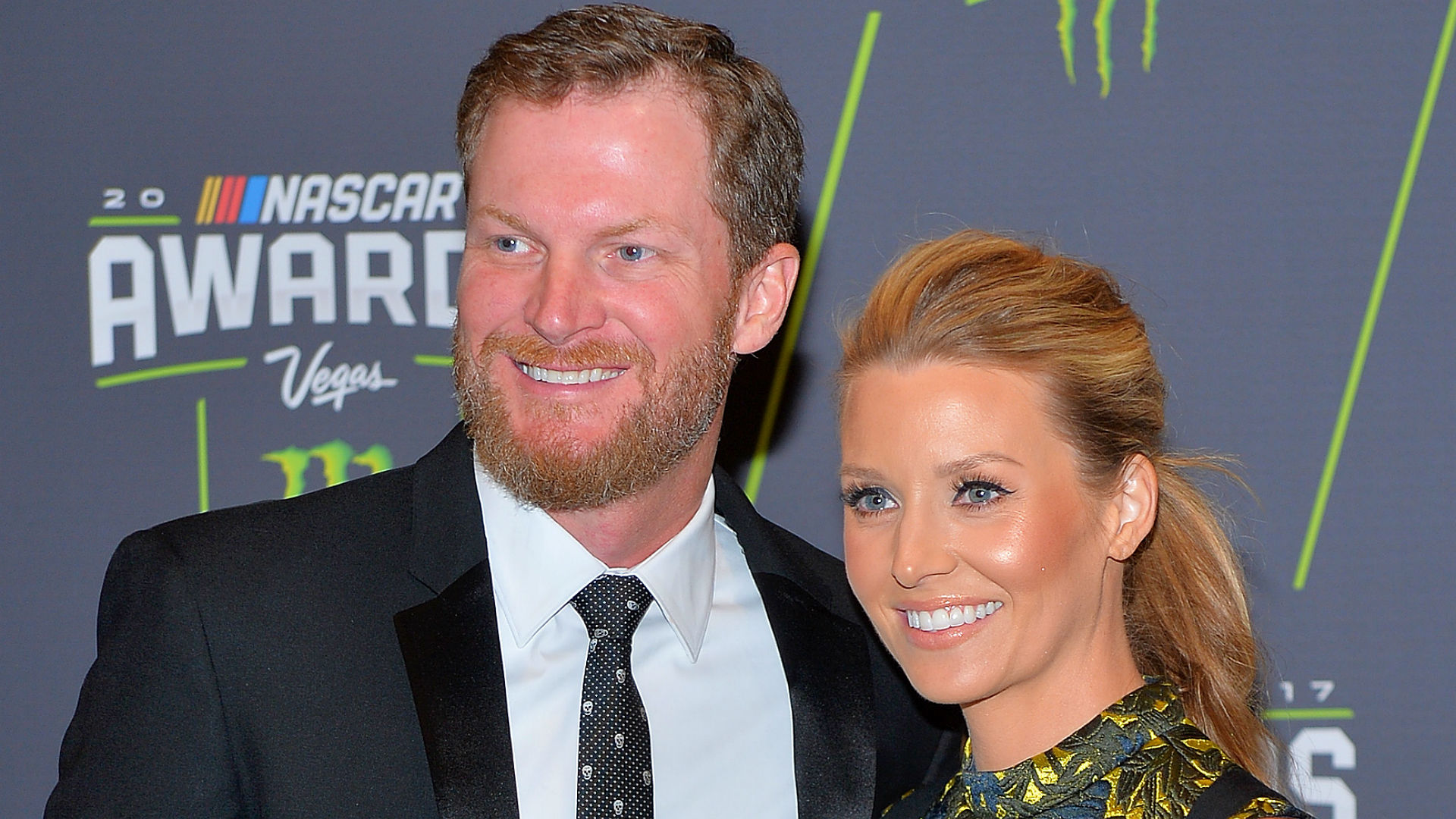 The NASCAR Hall of Famer announced on his podcast Thursday that his wife, Amy, gave birth to the couple’s second child, a girl named Nicole Lorraine, on Monday.

MORE: Dale Jr. had hilarious response to learning he was going to have a second child

Both names have a family connection, Earnhardt said: Nicole is Amy’s middle name and Lorraine is the middle name of Dale Jr.’s late mother.

The couple’s first child, a girl named Isla Rose, was born in 2018. Dale Jr. shared a sweet story of how she bonded with her little sister after her parents brought Nicole home from the hospital.

“Nicole’s by the couch and we take Isla in there and (we’re) like, ‘Isla, there’s a new person in the house. Your little sister’s finally here. We’ve been telling you about it.’ And we walk her in there and she leans down and she’s like, ‘Ohhh, she’s so cute.’ She just says that right out of her mouth.

“And (Nicole) was in this little rocking bassinet thing and she’s like, ‘Can I rock her?’ I was like, ‘Yeah, just very gently.’ . . . She got down on her knees and [put] her chin on the edge of the bassinet and was just looking at her, and it was a great moment.”

Earnhardt said he will be in the NBC broadcast booth for Sunday’s NASCAR Cup Series playoff race at Kansas even though his entire focus this week has been on the addition to his family.

“It’s been an awesome week of bliss and ignorance and living in our own little world,” Earnhardt said. “It’s time to get back to it. . . . Everybody’s great, Nicole’s great, Amy’s great. It’s been a seamless transition into the household and things are good.”