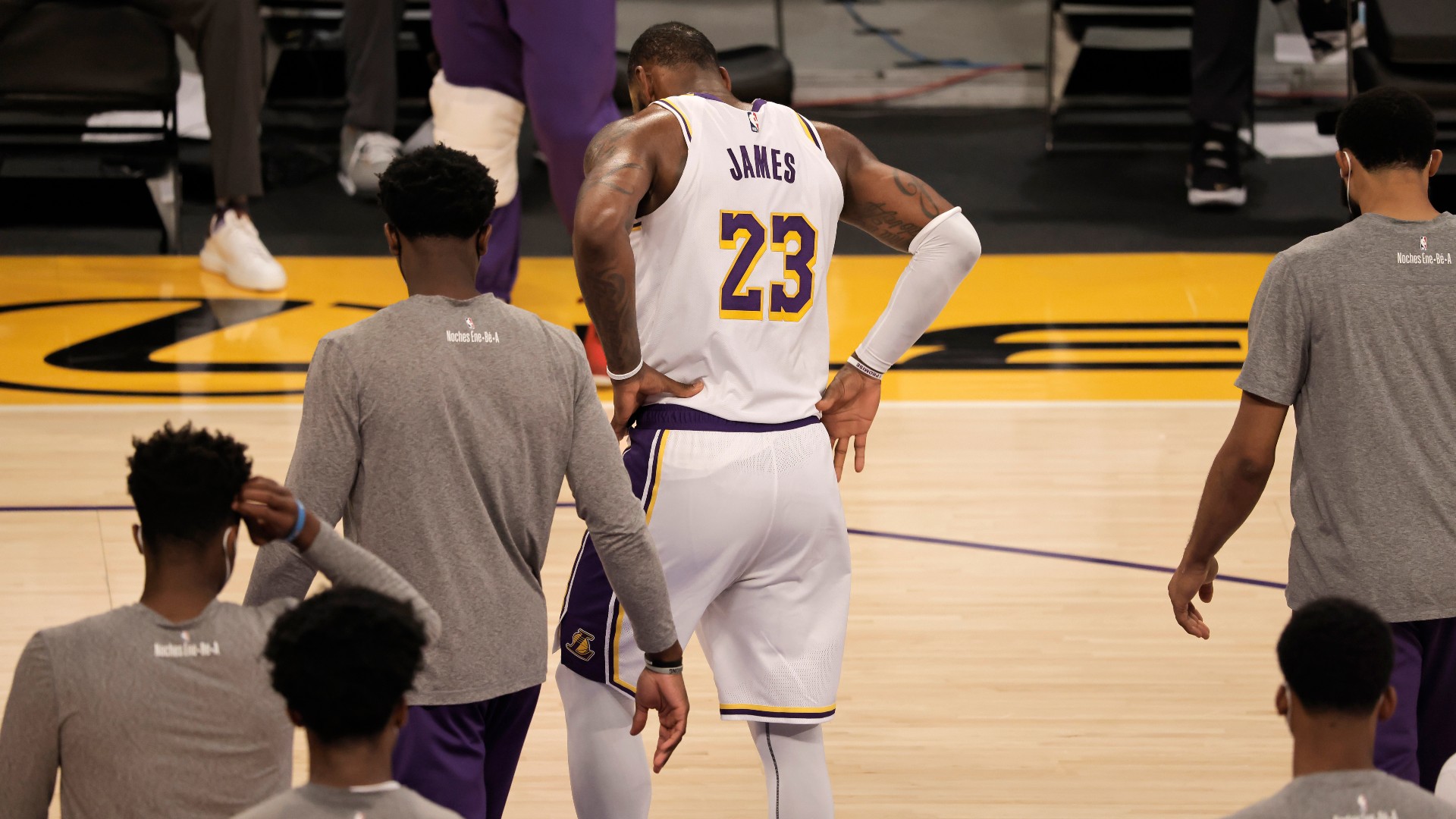 Lakers star LeBron James will not return for the remainder of Saturday’s game against the Hawks after suffering an ankle injury in the first half.

Early in the second quarter, Atlanta forward Solomon Hill dove for a loose ball and collided with James. He appeared to roll up on James’ right ankle, and the four-time MVP screamed in pain as he went down to the floor.

James attempted to stay in the game and even drained a corner 3-pointer when play resumed, but the Lakers eventually called a timeout after it became clear he was struggling to move up and down the court. James then walked straight back to the locker room, knocking over a chair in frustration as he made his way down the Staples Center tunnel.

Los Angeles announced shortly before the conclusion of the first half that James would be out for the rest of the game. The Lakers were already without All-Star forward Anthony Davis, who is still recovering from a calf injury he sustained during a Feb. 14 game against the Nuggets.

James scored 10 points and dished out four assists in 11 minutes.

With the corner 3 he buried after the injury, LeBron secured his 1,036th game with at least 10 points. It is the record by far. Michael Jordan second on that list with 866. https://t.co/Jnha5vQVhk

Prior to Saturday’s contest, James had played in 40 of the Lakers’ first 41 games this season. With averages of 25.8 points, 8.1 rebounds and 8.0 assists per game, the 36-year-old is considered one of the top candidates for the 2020-21 NBA MVP award.

UPDATE: X-rays on James’ ankle came back negative, according to ESPN’s Adrian Wojnarowski.