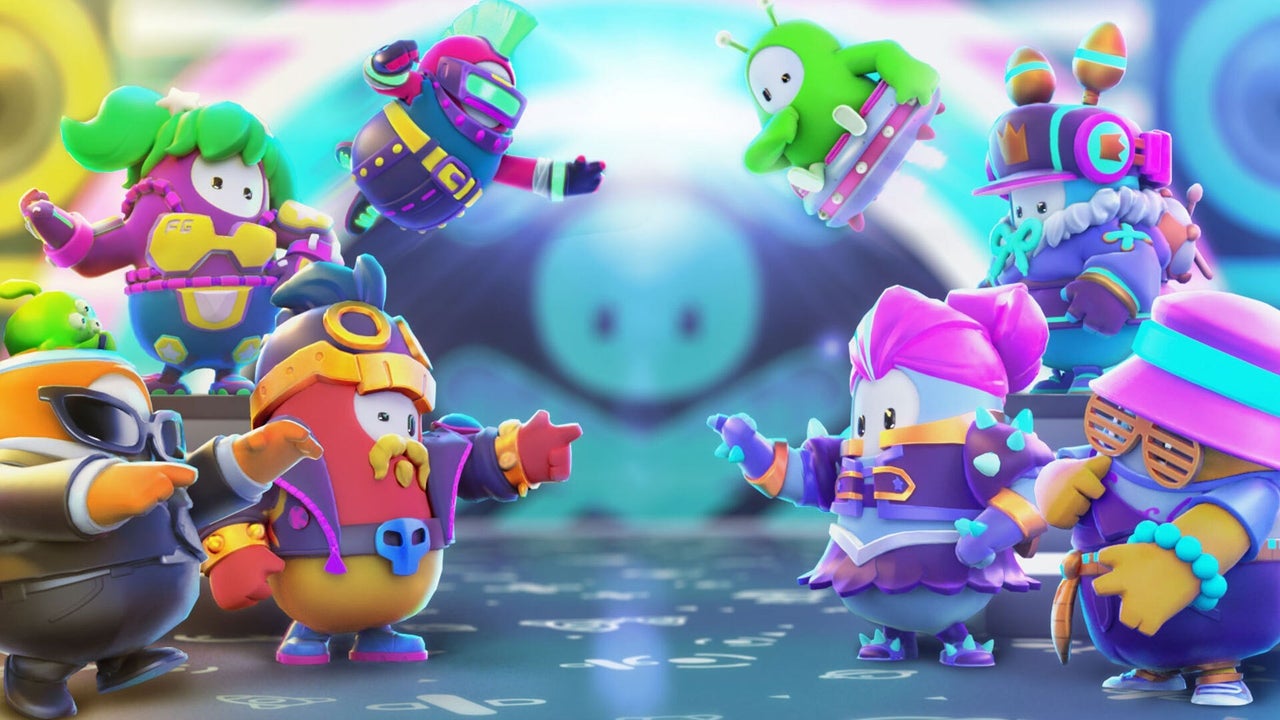 Fall Guys Season 4 is introducing Squads mode, a new way of playing the game with a 4-player team who win (and probably more often lose) together.Initially available for two weeks to judge player reaction, Squads mode will bring together 15 teams (which can be put together manually, or matchmade), and will include almost all of the game’s existing events – although they’ll be scored differently to their normal versions.

“The crucial difference between Squads Mode and normal Fall Guys,” explains lead game designer Joe Walsh, “is that being eliminated does not completely eliminate you from the game. You only get eliminated if your entire Squad perform poorly on any given Round. We’ve all been in that situation where our teammate gets eliminated in the first Round and they have to sit there and watch you compete. And there’s this pressure to be like ‘Well, maybe we should all just back out and go to the main menu and have another go.’ This allows you to basically all perform as a team.”

Squads mode will institute a scoring system for most of the game’s rounds. In Race rounds, players will be scored depending on what position they cross the finish line in, with the lowest-scoring teams overall eliminated after all players have finished. Survival rounds will award players a point for every second they survive, again eliminating the lowest scoring teams.

Fall Guys’ developers are very excited about how this might change the strategies for playing some rounds. Walsh gives us an example: “If one of your players on your Squad manages to screw up on Perfect Match and it’s the first person to fall off, you essentially know that if you guys don’t get some other people eliminated, you are going to get eliminated, because you are now hamstrung for the rest of the Round. So it’s really interesting because then your team kind of has to go on the offensive and try and eliminate other people. Because if you can push two players of another Squad off the side, suddenly you guys are going to be earning more points. So it’s going to be really interesting to see how that develops over time.”

Perhaps most interesting will be Final Rounds – these will still give the victory to the last player standing, or the first to cross a line, but that victory now goes to a whole team. That obviously incentivises teams to work together to get one player to the end of the round: “So,” says Walsh with a grin, “if there’s three of you left versus two other players, and you’ve got strong presence in Hex-a-gone, it might be worth two of you just going out there to sabotage, basically throwing yourself off and grabbing other people to their doom.”

The team element also means that some normal Fall Guys rounds have been converted into tense Final Rounds. Fall Ball, for example, now pits two teams against one another in an oversized football match final. “Season 4 is actually going to have three times as many Final Rounds as any other mode,” says Walsh, “which is going to be really, really fun. And I’m really excited to have four vs. four Fall Ball decide the winner of a show. I think it will be a really, really interesting thing to do. It’s something we’ve always wanted to do.”The mode changes the complexion of Fall Guys, but it shouldn’t change its economy too much. When we spoke, Mediatonic didn’t have a final decision on how the mode would reward winners but, given that its theoretically easier to win the game, Walsh says the rewards should be “slightly less” than the main game – presumably using the new Crown Shards system.

One thing that will definitively be easier however, is Fall Guys’ notoriously most difficult achievement and trophy. ‘Infallible’ asks you to win five entire episodes of Fall Guys in a row. And yes, Squads wins will count towards that – “In theory, we’ve made it four times as easy for people to achieve that trophy,” says Walsh. “I said in an interview six months ago, I was like ‘We’re going to make it easier over time, for players to get that trophy.’ And this is the future I was talking about. So we’re finally there.”

Fall Guys Season 4 has a science fiction theme and begins on Monday, March 22. it will also be bringing Among Us costumes with mysterious, unique features.