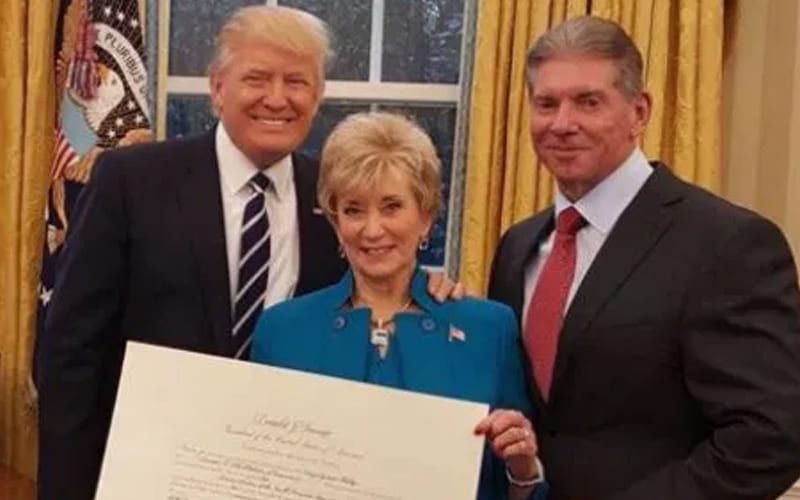 The McMahon Family’s relationship with President Donald Trump is no secret. Vince McMahon’s company and Trump’s relationship dates back decades, and they have supported his political pursuits for a long time as well.

Donald Trump was inducted into the WWE Hall Of Fame in 2013. He joined other celebrities such as Pete Rose, Snoop Dogg, Drew Carey, and Mike Tyson.

Linda McMahon currently runs the America First Action Super PAC. This is the same Super Pac which promised $18.5 million to Florida one day prior to Governor Ron DeSantis declaring WWE (and every other production in the state) an essential service.

The Wrestling Observer Newsletter noted the dollar amounts that Linda McMahon has contributed to Trump’s campaign efforts since 1999. It is reported that McMahon has donated $4,544,560 to Donald Trump’s campaign “and at least another $1.5 million to other Republican candidates.”

As of August 31st, Linda McMahon’s Super PAC has raised $82 million as well to assist in campaign efforts.