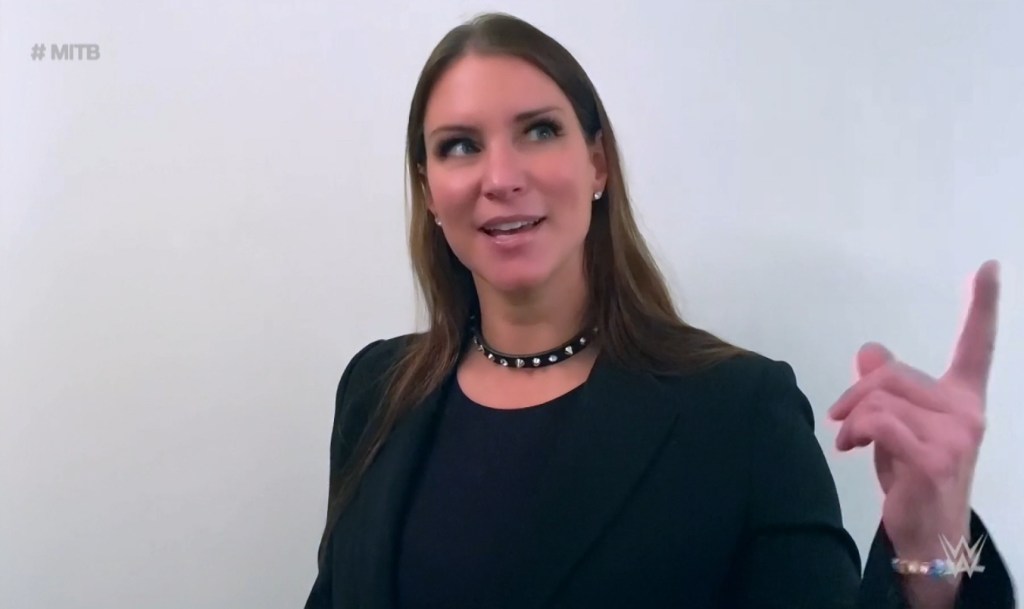 When WWE first put out their statement condemning racial injustice, in which they noticeably avoided the phrase “black lives matter,” a lot of us wondered what, if anything, they actually planned to do about it. That’s a queston that continues to linger after Stephanie McMahon’s recent appearance on The Female Quotient, a YouTube channel about women in business, in which she talked about the issue of race in the U.S. and WWE’s theoretical dedication to doing something about it, but didn’t offer much in the way of specifics.

As transcribed by 411Mania, Stephanie spoke about the importance of speaking out:

I do think sometimes there is fear in speaking out. And it’s not that there’s not fear. It’s not that we’re not afraid, but there’s so much fear, we all need to speak. And yes, sometimes we might misspeak, we might misstep, we might not all say exactly the right thing. But it’s important to have a voice. And Dr. King’s words ring so true to me: “In the end, we will remember not the words of our enemies, but the silence of our friends.”

And I had the honor of being part of a fellowship, and it was actually — we were an experiment, which I didn’t know. We were the most diverse grouping of people that they had ever put together. And one of the readings that we read is ‘Letter from Birmingham Jail.’ And in it, Dr. King talks about, you know, being a moderate. Being a white moderate in particular, but being a moderate. And that means not using your voice. And what this quote means and what’s funny is, internally I had some feedback because I actually posted this. And there was some strong reaction right away like, “No, we’re not supposed to be silent right now. You don’t want to post that.” And I’m like, “Guys, re-read the quote. It’s not about being silent, it’s about not being silent.” It’s about the worst thing that your enemy can say, what’s worse than that is your best friend not saying anything. Not doing anything.

Then she went on to add that speaking, while important, isn’t enough — you have have to do something. And WWE is doing something, she insists. Now’s not the time to say what, but something.

Well you know, it’s not enough to just put out a statement and say you’re going to do something. So we’ve actually been doing any number of things across multiple sectors. So from employees, we’re looking at different types of training and resources and platforms to really encourage our employees to speak, and to let them know that they are heard. And of course, any action items that come out of that. We’re also looking to partner with a few different organizations to really make sure that we’re able to amplify and use out platforms in the best way possible — education, I think to me at this moment, being primary. So we’re, you know, I’m not ready to make some kind of formal announcement yet, but we’re getting further down the pike in something I think will be very meaningful hopefully for our entire community. For the WWE community and larger than that. Because it is not enough to just say “Oh yeah, I take a stand.” You have to prove it. And that’s something that I believe in wholeheartedly.

I would say it will be enlightening to find out what WWE is working on that she’s not ready to announce yet. But I also remember how Stephanie McMahon promised in 2016 that LGBT characters were coming to WWE, and in the four years since they’ve declined to let Sonya Deville pursue a gay storyline, and have offered nothing more to LGBT viewers than a few lines of dialogue during a straight wedding angle that didn’t lead anywhere or please anyone. So Steph’s right — a statement with no action behind it isn’t enough. But time will tell if WWE will actually be doing anything more.