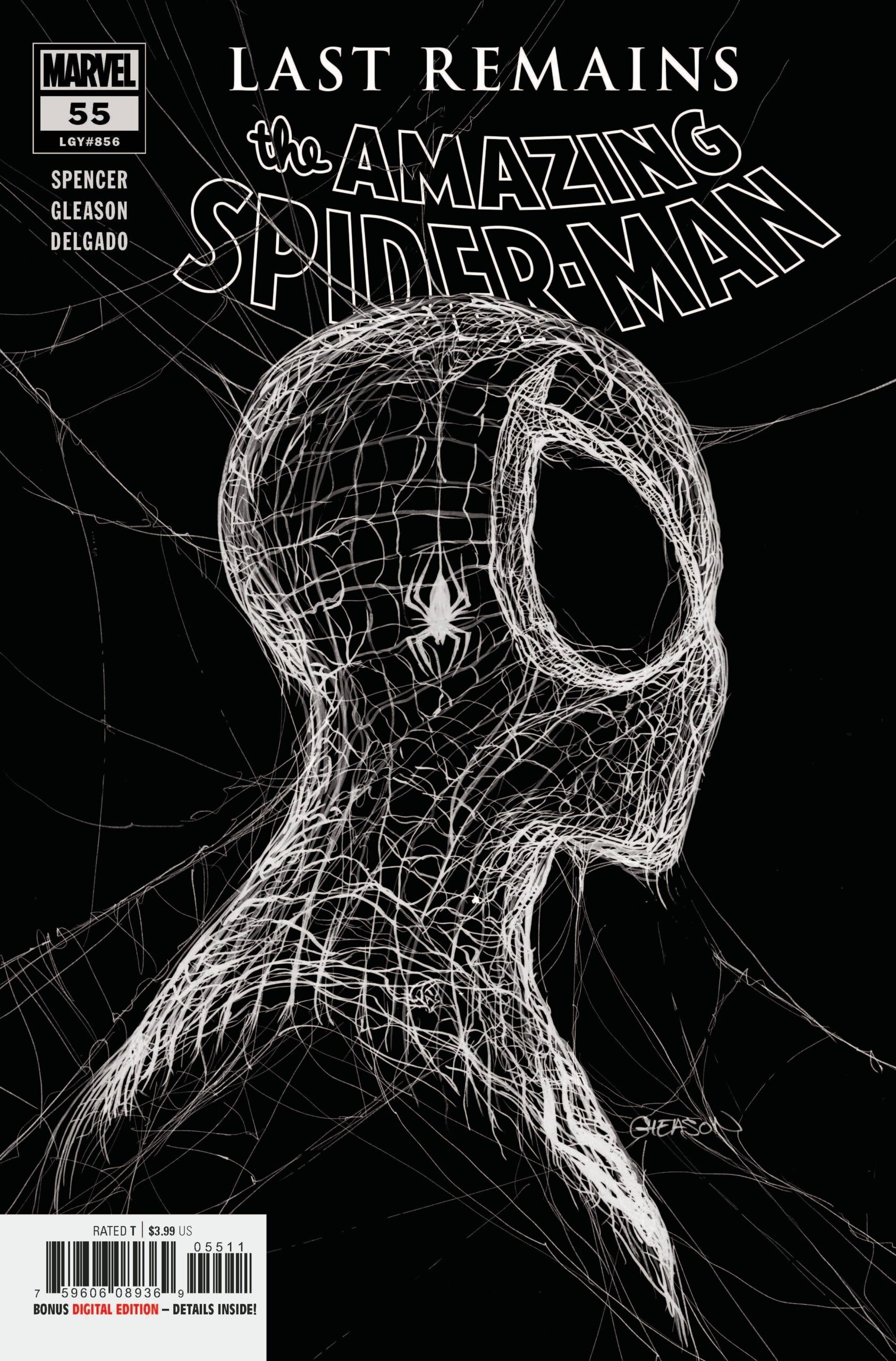 Tour de force or tour de farce, that indeed is the question.  Past slights and failings all come to light in the final issue of the Last Remains storyline; the title of which, for me at least carries an almost ironic echo to perhaps the turning point in Peter Parker’s life as Spider-Man.

Kindred, AKA Harry Osborn, has captured not only Spidey but also the Order of the Web. No dinner party is complete without the late arriving guest, this time its MJ who completes this fashionable, of course, requirement.  Once there, the dinner party can go ahead as old friends reminisce about the vagaries of youth and of ill considered actions.  You see, that what this story, nay, Nick Spencer’s run to date has really been about; a reflection on the life and times of one Peter Parker esquire.

For a climax issue, there is a lot of dialogue to wade through.  Spencer’s weaving assumes that you have been paying attention to this run and have a working history of Spider-Man to boot.  It is a brave choice to go down that route; Spencer threads carefully using exposition in conversation to keep the reader on track.  By having foils in both Peter and MJ, Harry get to wax lyrical without coming across preachy.  You can almost feel the desperate belief in the origins of his life gone wrong assumptions.  Seques from the minor twist at the end of the #54LR show up to keep the bigger picture element in focus.  But it is the history, a staple of Spencer’s run, between Peter, MJ and Harry that make this issue.  Spencer gives us the reason for the incorporation of Spectacular Spider-Man #200, hidden in MJ’s dialogue.  Clever or heavy handed, you decide which; the trick certainly goes to prove the emotional bond between Harry and MJ.

Patrick Gleason provides the art for the book, and I have to say, what a stellar job he does!  I have seen Gleason’s work DC books be it Batman and Robin and Robin Son of Batman, but here there is something different about it.  Granted he gets to draw women, which may not have been a prerequisite for the Dark Knight, but there is more to it than that.  His faces seem more animated, showing the emotions of the characters and the action scenes, what little there are, are done with a kind of chaotic style which also shows the world of trouble that Spidey and his gang are in.  As much as I like red-heads in tight dresses, I do have to ask how MJ’s jacket got opened, baring in. mind that is was zipped to the top and belted in the prior panels.  Still this is a minor discrepancy for a book that just oozes and threatens to deliver something dark and destructible.  The tone of the book is enhanced by the excellent colors from Edgar Delgado who does a great job in using very small light sources to accentuate the depth of darkness inherent in the story.  VC’s Joe Caramagna supplies the letters having a field day with the various fonts in use from a dishevelled Peter, a confident and angry Kindred to the more relaxing tones of MJ.  Finally, I had to say something about the fantastic Patrick Gleason cover, which is worth the price of admission all by itself!  Makes me wonder why you would bother with the variants.

Spider-Man’s past has been central to Nick Spencer’s run, with the re-introduction of old villains, going back to ESU and even bringing MJ back into Peter’s life.  It makes sense then, that this book features a parallel to a moment of Peter’s life which some would say defined the character even more than Uncle Ben.  In an industry the features the illusion of change, Nick Spencer has surprised me and with the mere possibility of an actual change.