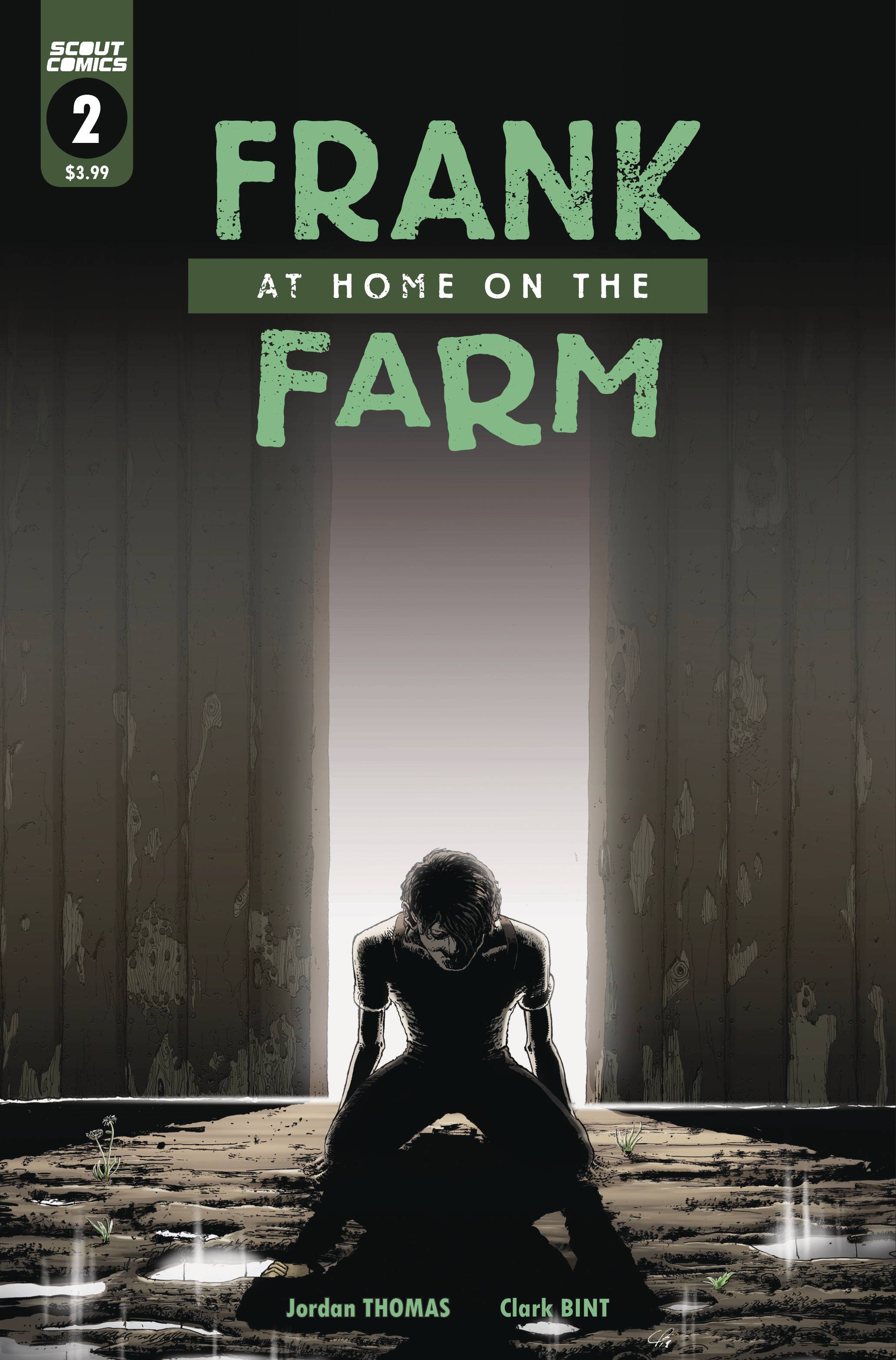 Bottom line up front, Frank at Home on the FARM, is quite good. The reader learns about the events on the farm through the perspective of the largely naïve farmer who appears to be witnessing, the evolution of an animal led regime on the farm.

In the current issue Frank at Home on The FARM #2, World War I veteran Frank has started to put the work into his farm that was seemingly abandoned. Except for a few animals, that somehow survived on their own. Everyday he tries to conduct needed repairs on the farm, but strange tings keep happening. For instance, the animals keep getting out of their pens.

I do not know where the story line will go for Frank at Home on the Farm; however, the context for the geo-political events that inspired, Animal Farm are easy to see here, making this a perfect Prologue to George Orwell’s Animal Farm. That is important to note because anyone looking for a straight up narrative will only find a lack of Progression.

The art was done by Clark Bint. The artist took full advantage of lighting against the landscape of a farm that was spooky to begin with. Couple that with the glow of animal eye in the full moon and other just lurking about has been fantastic.

The thing that could hold it back is that fables are usually by their brevity and clarity, and a reader’s tendency to think of the human as the main character. Classical narrative structure is definitely not in the cards for the book.