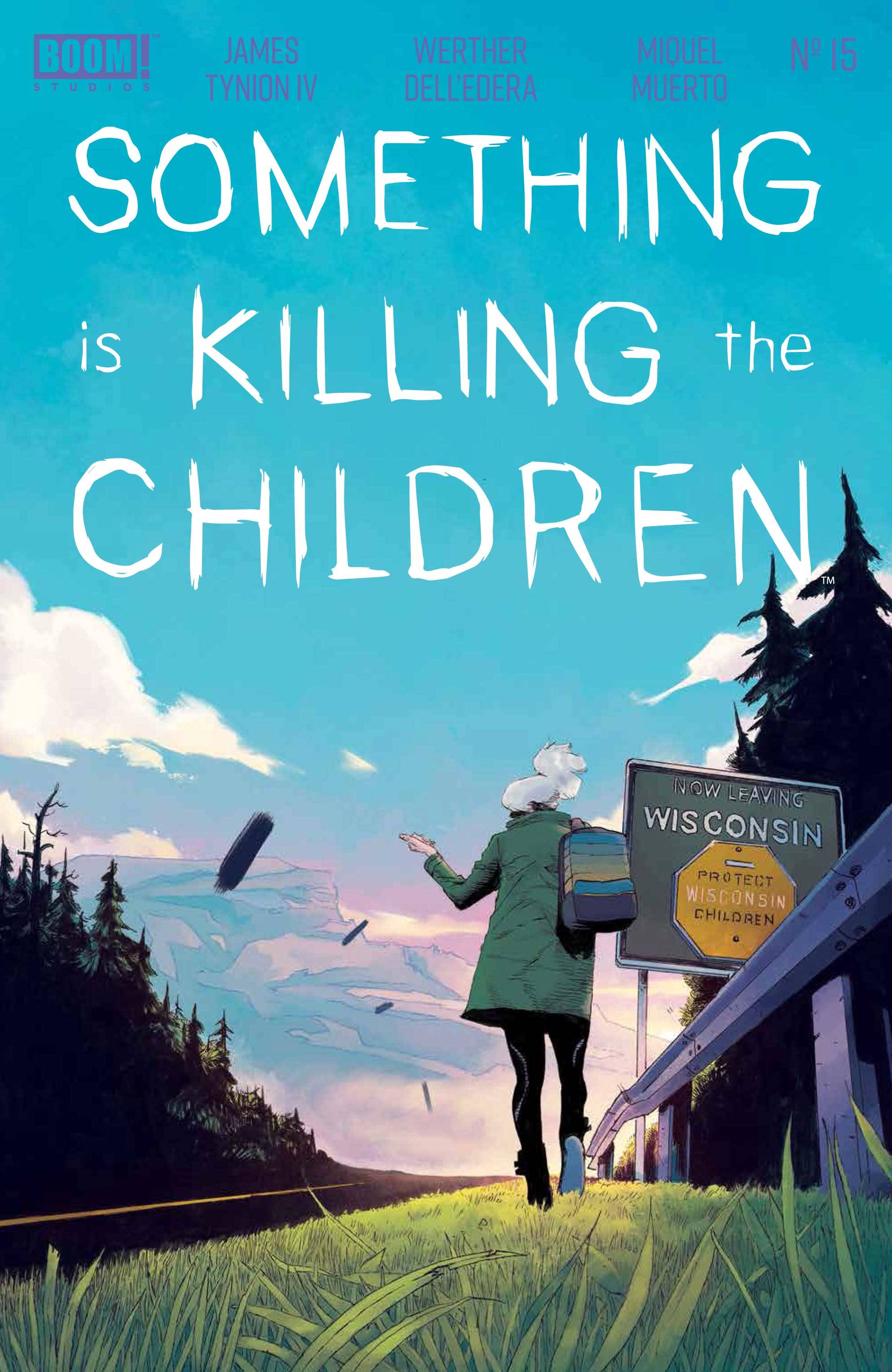 The power of Something Is Killing the Children is that it has demonstrated once again that a dark horror series can be interesting for more than 2 story arcs.   I will not discuss the sticky analogy, of a secret Catholic organization, that justifies harming children, because it is sworn to protect children from invisible monsters.

In the previous issue of Something Is Killing the Children #14, Erica Slaughter, had barely escaped with the children James and Bian. To recap: James is a young boy who many in the town suspected of being involved in the horrific dismemberment of his friends. Bian, is one of the many children of Archers Peak, who have disappeared and are assumed dead.  Jessica Slaughter is an agent of a secret organization, called the Order of St. George, sworn to kill invisible monsters, but now was hunting Erica, because she had broken secrecy protocols. Together they play the Game of Nowhere, to help locate and Manifest the monsters that have been killing the children of Archers Peak to give Erica a chance to finally kill them.

In the current issue Something Is Killing the Children #15, With the “Cleanup crew “Ready to kill everyone involved to preserve secrecy, someone had to make a sacrifice needs a scapegoat to hide the existence of monsters from the world.  Trust me the sacrifice is big. But the main point to this issue is to close the arc and loose ends, unfortunately we do not get a clue as to what is next in store.

With yet another arc finished, and another set to begin with issue #16, it is hard to see where the story line will go if it is not centered around Erica Slaughter’s daily life is composed of killing monsters and dealing with the clean-up. Also, what about Erica’s possessed, stuffed octopus that appears to be her only confidant?