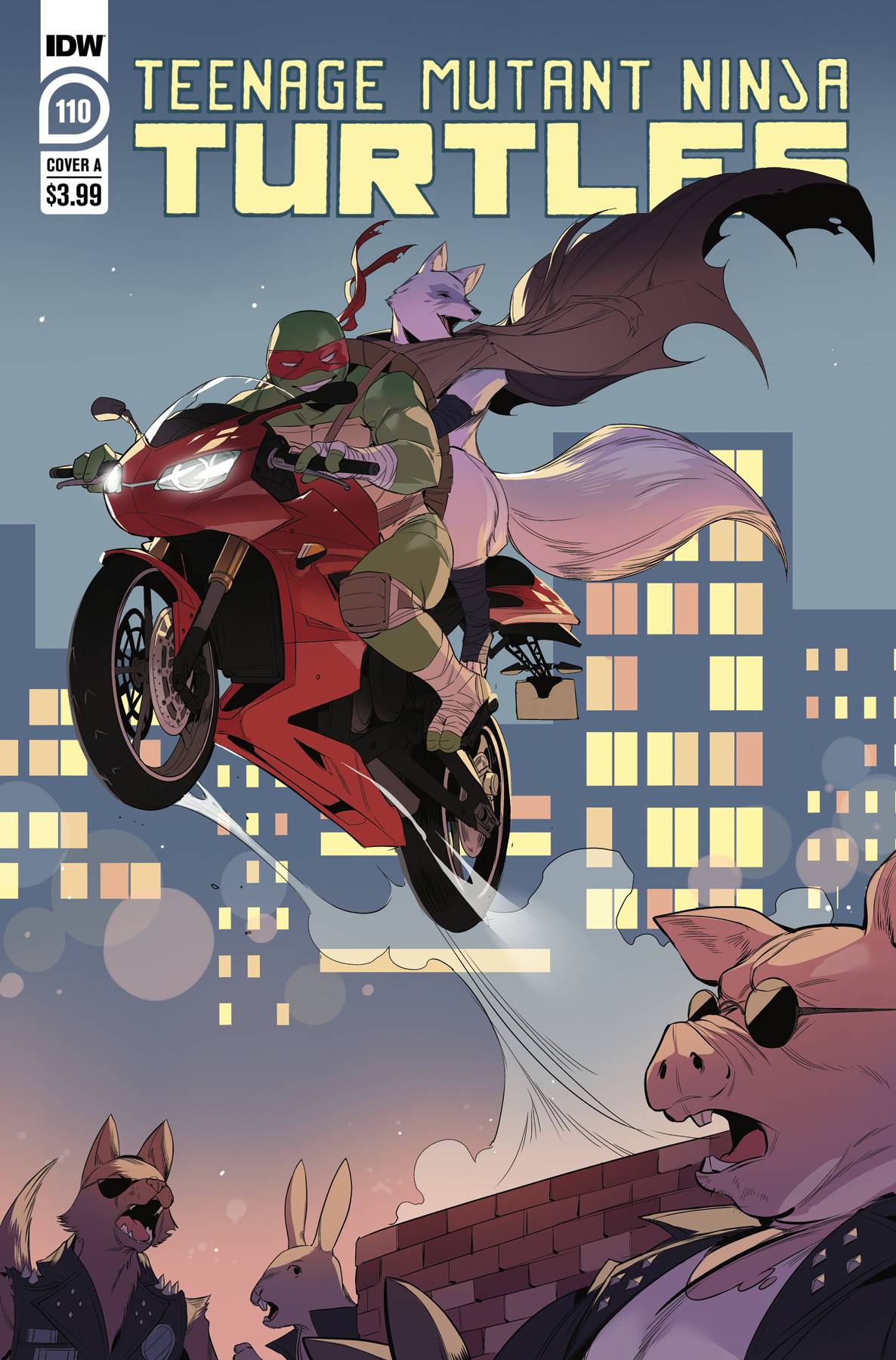 Teenage Mutant Ninja Turtles #110 has all the best intentions but feels like a weak rip-off of The Fast and The Furious. The first half of the issue focuses on Raphael going on a date and trying to achieve some normalcy. The Splinter Clan is clearly building a reputation and Tusk and his Road Hog gang interrupt the date night. After a quick tussle they challenge Raphael to a motorcycle race.

When Tusk hits an obstacle and falls off his bike, Raph goes back to save him instead of winning the race. This earns him the respect of the gang and a new motorcycle. Instead of edgy street level action it presents a complicated date night for Raph full of motorcycle chases and gaining the respect of a street gang through kindness.

None of this seems to be at all in character for Raphael and what is trying to show his growth ends up feeling hollow. The artwork throughout the issue is solid, with all the animal character portrayed clearly although it is a bit hard to stomach seeing Raph smile so much.

The action then shifts to Leonardo infiltrating another gang headquarters. He dresses up in a baseball cap and Hawaiian shirt as an incredibly weak disguise. He overhears the gang plotting to attack the Splinter Clan the next night before he has to knock a light out with a shirakiin to save some young weasels.

Why the rival gang would keep their plan the same when they clearly know it was overheard by someone is not explained. This feels like a comic for neither children or adults. The action is tepid and sparse, the characters act illogically and the gang warfare here feels like it’s out of a stereotypical 80s film. There is absolutely no suspense or depth to anything portrayed here.

The Splinter Clan story has a lot of potential, but it’s all been wasted here as the characters just play out gang film cliches rather than acting like Ninja Turtles. Perhaps not having a mentor ages the characters too much, but whatever the cause these ninjas are way too dull and have lost their edge in this story arc.