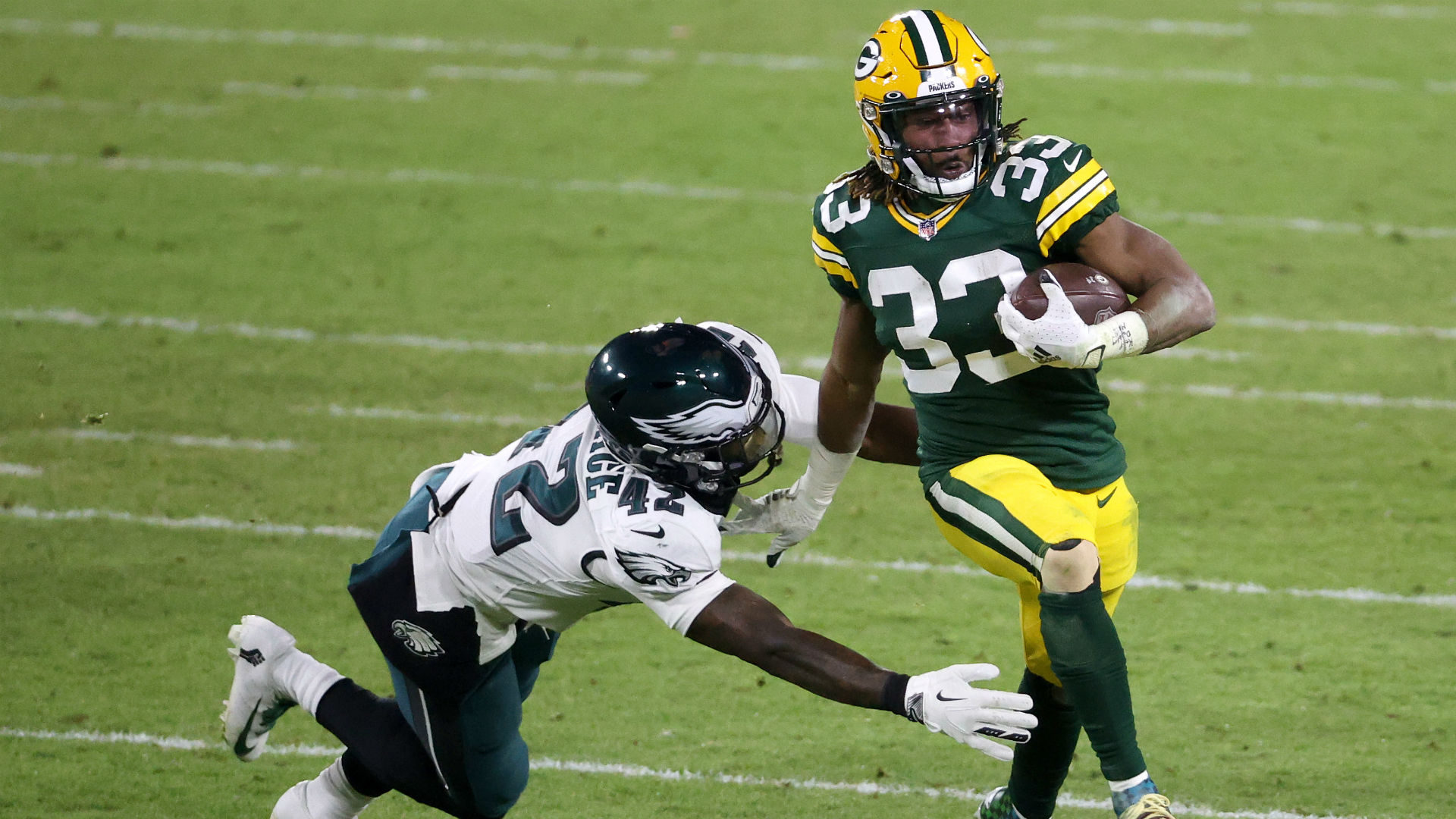 As Aaron Jones juked his way down the left sideline late in the fourth quarter Sunday, it wasn’t just Green Bay’s outcome against the Eagles that hung in the balance. He was also running toward covering the betting spread for the Packers and determining whether countless people made or missed their fantasy football playoffs.

Jones’ final run of Week 13 went 77 yards for a touchdown. Before that, he’d run 14 times for 53 yards with no scores. But that one run pushed him to 130 yards and a touchdown. It also helped Green Bay to a 30-16 win, rather than a 23-16 edge. Both of those components could have major financial implications across the country.

First, the betting line: Green Bay entered Sunday’s game favored by 8.5 points. The Eagles trailed by seven before that Jones carry. Anyone who’d bet Philadelphia to cover the spread was less than three minutes away from just that happening. If one of Jones’ pursuers had brought him down, the Packers may have run the clock out and allowed that to happen. Instead, Jones scored and Green Bay won by 14, covering the spread in its favor.

Week 13 is a big one in most fantasy football leagues. Many leagues start their playoffs in Week 14, meaning Week 13 is the final chance to secure a playoff berth, a first-round bye or just to knock a good friend out of the postseason. Jones, one of the NFL’s best running backs, likely would’ve been starting for a team in every league during Week 13.

Before the 77-yard touchdown, Jones had 7.1 standard-league fantasy points (53 rushing yards and 18 receiving yards). But the 77 yards and touchdown gave him an additional 13.7 points, pushing his overall output to 20.8 on the day. Owners that were disappointed by a quiet day from Jones all of a sudden had his second-highest scoring fantasy day of the season.

It doesn’t take long to find folks on Twitter complaining about both aspects of Jones’ touchdown run.

My fantasy misfortune this week: because it’s ALWAYS SOMETHING. The guy I’m playing has Derrick Carr (the Hail Mary TD pass *worth 8 points* & the 77 yard Aaron Jones run in garbage time *worth 14 points*) I need to be done with fantasy – I get f***** every week (some how) 🤬😡

Aaron Jones trying to save my fantasy season is an extremely admirable act on his part. Merry Christmas.

I lost my fantasy game and my season because of that garbage time unneeded aaron jones run. I’m so sick of being the unluckiest person on earth.

That Aaron Jones TD might have just ended my fantasy season…

Aaron Jones has been carrying my fantasy team most of the year and just covered the spread for me. I wish I could send him a case of TastyKakes.