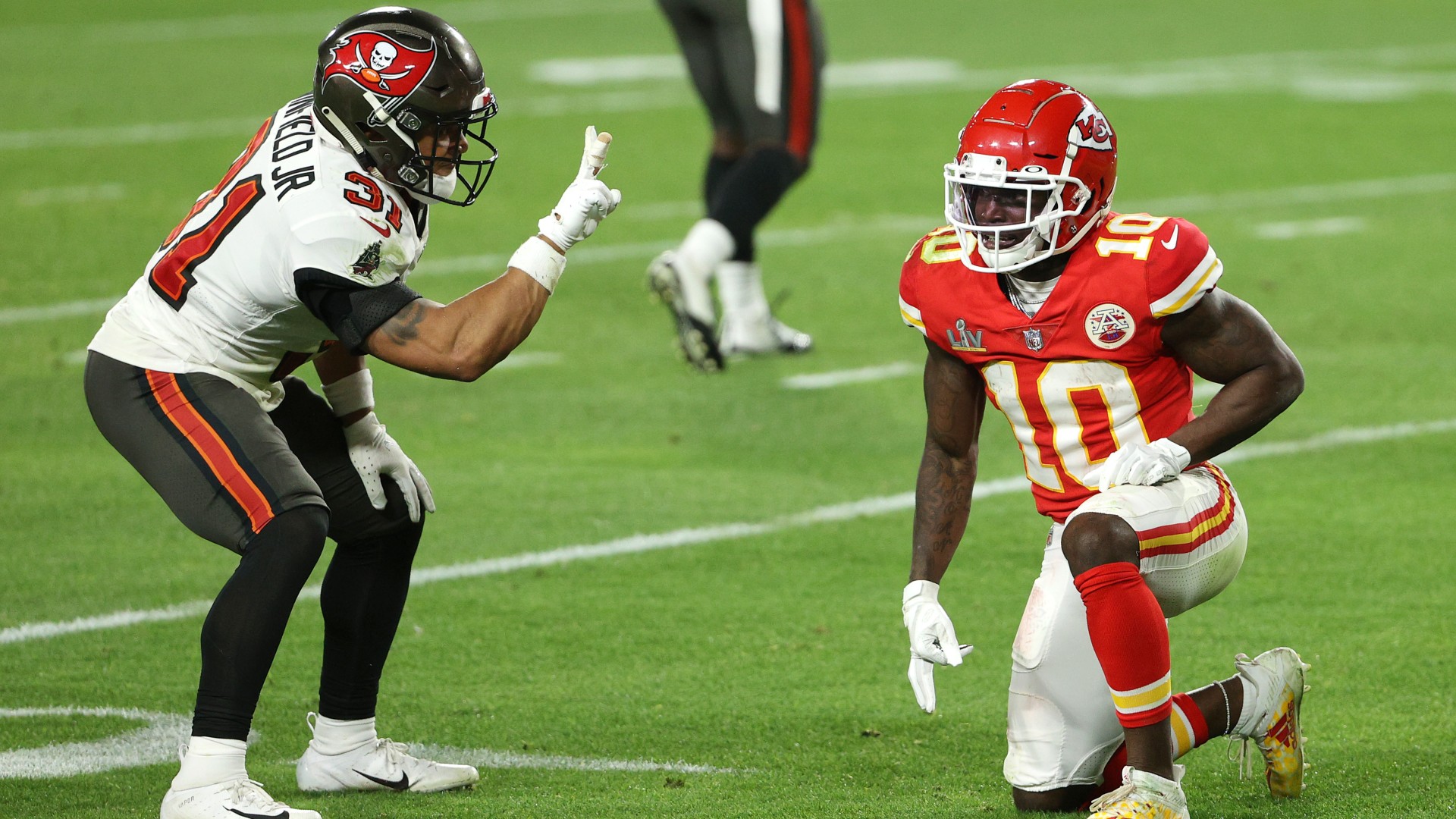 In Week 12, the Chiefs upended the Buccaneers 27-24 in, what would be, a Super Bowl preview. In the game, Tyreek Hill threw up his signature “deuces” to Bucs rookie safety Antoine Winfield Jr., solidifying his dominance on the monster performance. Hill went for 269 yards and three touchdowns in the performance.

Well, Winfield got his revenge in Super Bowl 55, not just by way of the scoreboard — Tampa Bay won 31-9 — but with a little personal vengeance as well, tossing up the deuces to Hill in the closing minutes of the game.

Winfield earned a 15-yard penalty for the taunt (which is utterly ridiculous, by the way) but the Bucs weren’t hurt for it in the end. Winfield is feeling it, too.

Plenty of people thought Winfield’s 15-yard penalty for unsportsmanlike conduct was well worth it, and entertaining:

Bump that!! If you can throw the ✌🏾 sign and back flip into the end zone then Winfield should get to do it to you when they are flat out whipping you. If you gotta throw the flag on 31 you have to throw the flag on 10 when he’s embarrassing folks.

Most “worth it” taunting penalty of all time. I love Winfield 😂😂😂

Another perfect example there why a team should be rewarded, not penalized, for a good taunt. Just perfect timing, content and execution there from Antoine Winfield Jr.

I like Winfield. If he taunts I’m cool lol

Normally I’d be so pissed at Winfield. But right now…

Hopefully there’s peace between the two. If not, a welcome new rivalry in the NFL is born.