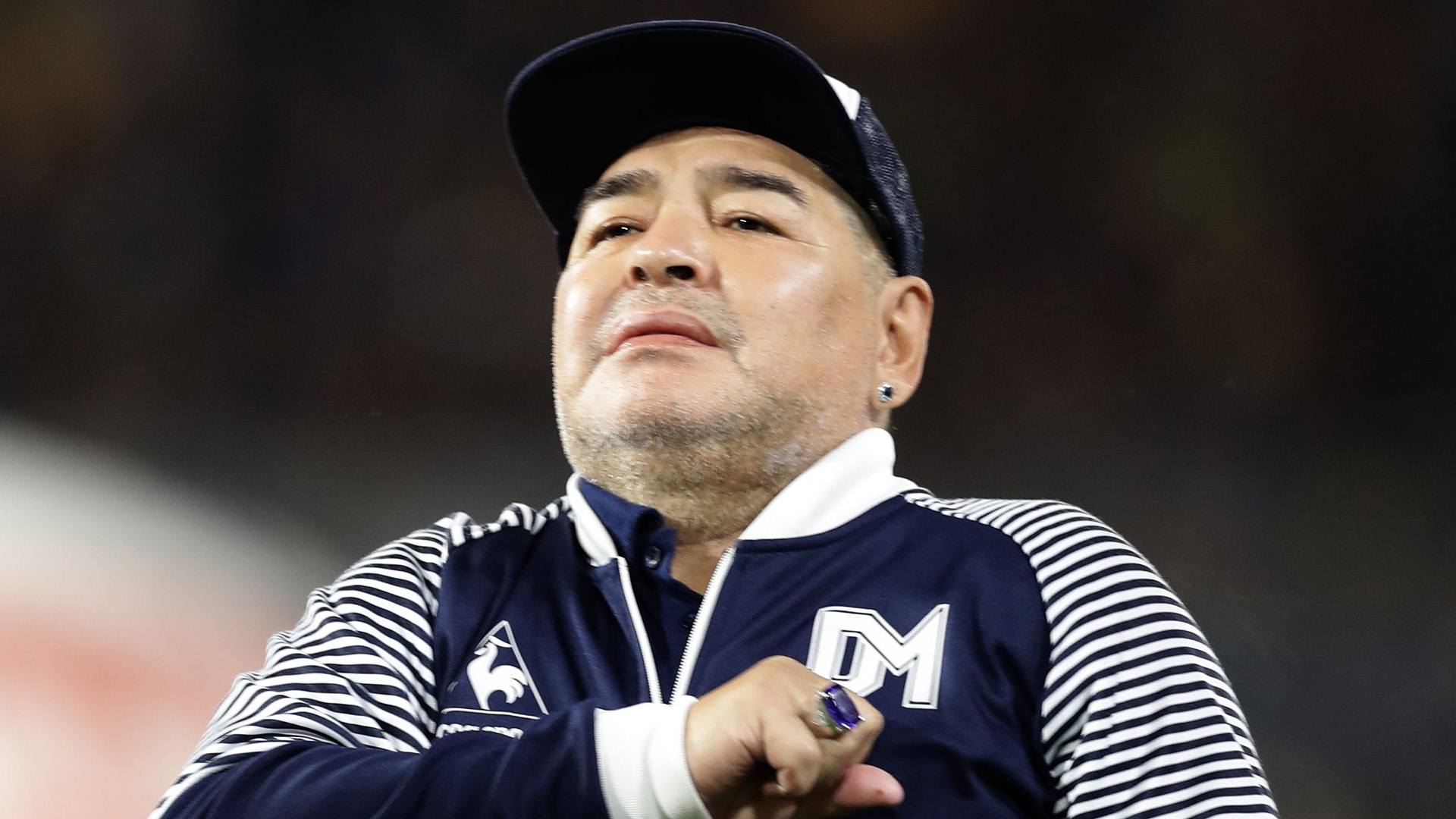 Argentine football legend Diego Maradona has passed away at the age of 60 after suffering a heart attack.

The Gimnasia coach had been hospitalised at the start of November, days after celebrating the landmark birthday, after complaining of low spirits and fatigue.

Tests at the La Plata clinic revealed a blood clot on the brain, which doctors later revealed was operated on successfully.

Maradona was subsequently released from hospital as an outpatient to continue his convalescence, which he carried out in his dwelling in a private neighbourhood near Tigre, northern Buenos Aires.

But on Wednesday morning he suffered cardiac arrest, and paramedics at the scene failed to revive him.

The Argentine national team’s official Twitter account confirmed the news on Wednesday, paying tribute to one of the nation’s favourite footballing sons.

“You will be eternal in every heart of the football world,” the message stated as it bade farewell to the superstar.

Maradona began his professional career with Argentinos Juniors at the age of 16 and went on to be considered one of the greatest players ever to step onto a football field.

The diminutive left-footed forward went on to represent Boca Juniors, Barcelona, Napoli, Sevilla and Newell’s Old Boys as a player, and the likes of Racing Club, Dorados, Gimnasia and the Argentina national team later as a coach.

It was with the Albiceleste, though, that his name was immortalised.

Diego was instrumental in taking Argentina to their second World Cup triumph in 1986, captaining the team that prevailed over West Germany in the final under the stewardship of Carlos Bilardo.

He scored five goals over the course of the tournament to finish second behind England’s Gary Lineker in the top scorer rankings, with the pair meeting in a quarter-final match which has entered the annals as perhaps the most iconic, and certainly most controversial, in the World Cup’s 90-year history.

The Argentina No. 10 scored twice to take down England in a 2-1 victory, the first scored with his infamous ‘Hand of God’ and the second after dribbling around several opponents in what would soon be dubbed the ‘Goal of the Century’.