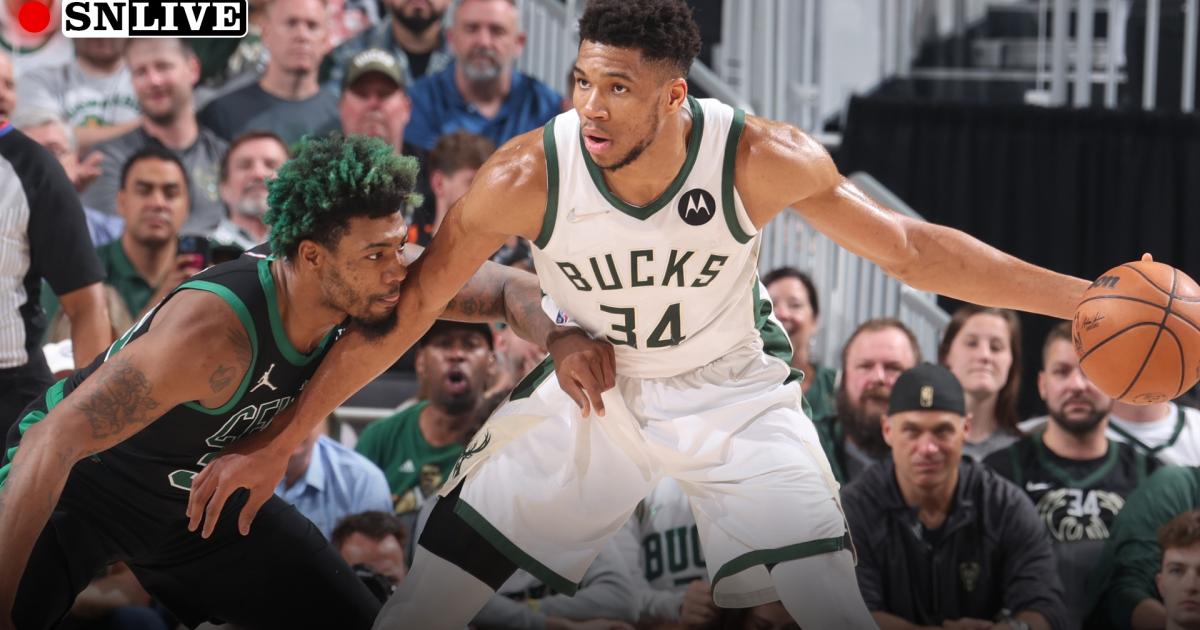 It’s win or go home time for the Celtics.

The Celtics entered the fourth quarter of Game 5 with a nine-point lead, putting them 12 minutes away from taking a 3-2 series lead. Unfortunately for them, the Bucks found their groove in the final frame and completed a thrilling comeback that saw Giannis Antetokounmpo and Jrue Holiday make clutch play after clutch play.

The stage is now set for a classic Game 6. The Bucks are one win away from returning to the Eastern Conference Finals while the Celtics will be looking to keep their season alive.

We have you covered below with live updates, stats and highlights.

What channel is Bucks vs. Celtics on?

Game 6 of the second-round series between the Bucks and Celtics will be broadcast on ESPN. The game can also be live streamed on Watch ESPN or Sling TV.

Viewers in the U.S. can stream every NBA Playoff game live on SLING TV. With the SLING Orange Sports Extra package, get $10 off your first month now with access to ESPN, ESPN2, ESPN3, TNT and NBATV. NBA Playoff games on ABC are simulcast on ESPN3, which is included with SLING Orange, available for $35 per month including $25 the first month for new subscribers.

What time does Bucks vs. Celtics start?

The Bucks and Celtics will battle in Game 6 on Friday, May 13. The game will tip off shortly after 7:30 p.m. ET and be played at the FiservForum in Milwaukee.

Here is the full schedule for the second-round series between the Bucks and Celtics: