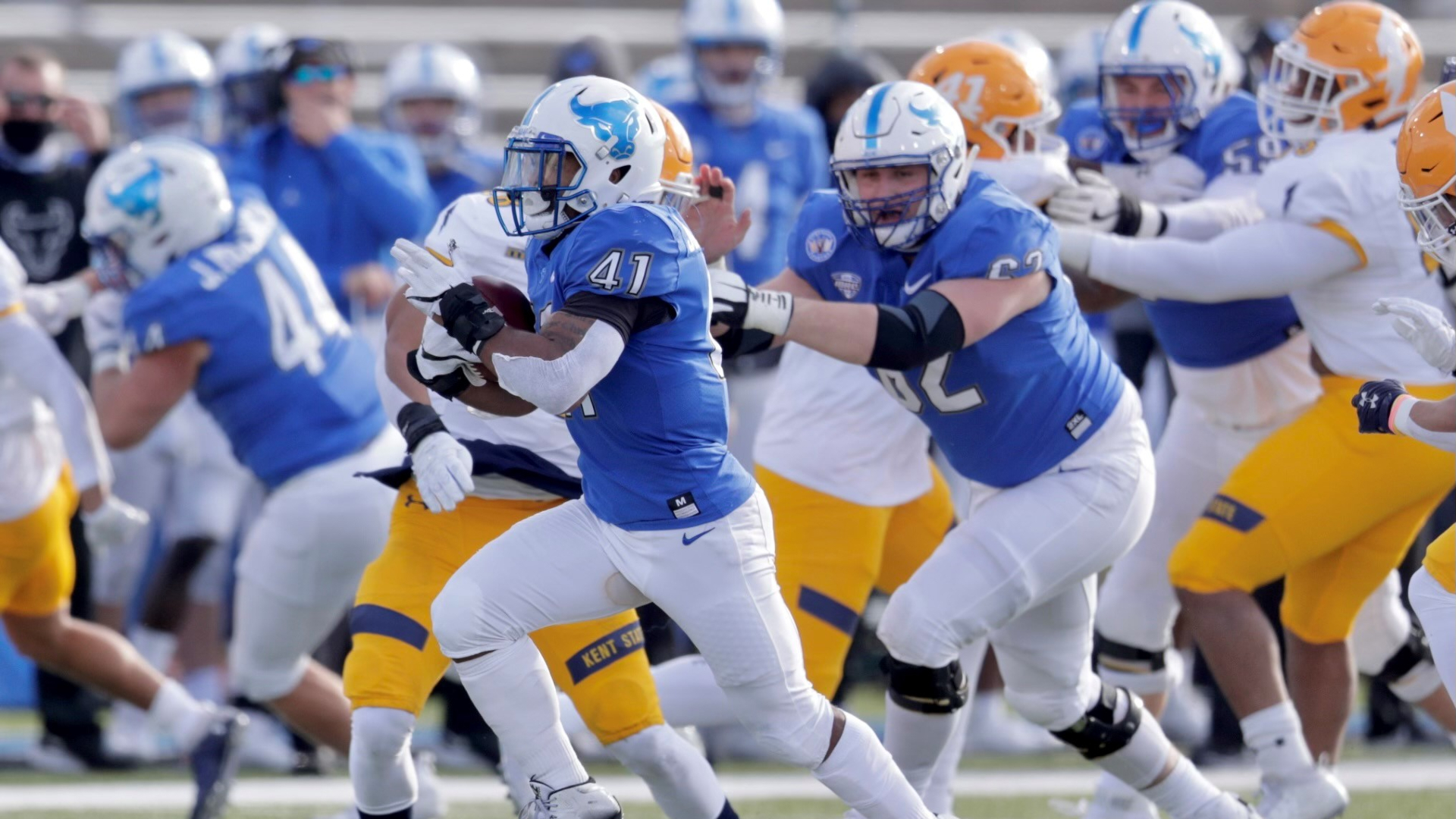 Let’s make the case for Jaret Patterson. The Buffalo running back made a run at the FBS record books with 409 rushing yards and eight TDs in a 70-41 shootout with Kent State on Saturday.

He tied the FBS record for TDs in a single game and joined the now four-member 400-yard club. Patterson had a chance to break the single-game rushing record set by Oklahoma’s Samaje Perine, but he was pulled on the last drive of the game after reaching 409 yards.

A look at the members of the prestigious 400-yard club:

MORE: Who is Sarah Fuller? What to know about history-making Vanderbilt kicker

The Bulls improved to 4-0 in the Mid-American Conference behind the efforts of Patterson. It’s part of an amazing two-game stretch for the junior running back.

Patterson also became the first running back to rush for 300 yards in back-to-back games since Texas’ Ricky Williams in 1996. Williams, of course, won the Heisman Trophy the following season.

Patterson rushed for 301 yards and four TDs on Nov. 17 against Bowling Green.

The 267 yards in the first half was just short of the FBS record for most rushing yards in a half. Northern Illinois’ Stacey Robinson and TCU’s LaDainian Tomlinson share the record of 287 yards.

Patterson scored on runs of seven and 11 yards, respectively, in the second half. He tied the FBS record for single-game rushing TDs with his eighth TD of the game – a 58-yard run. Illinois’ Howard Griffith – now an analyst at the Big Ten Network – set that record on Sept. 22, 1990.

Patterson now has 920 yards and 16 TDs in four games for Buffalo, which continues its season at Ohio on Dec. 5.