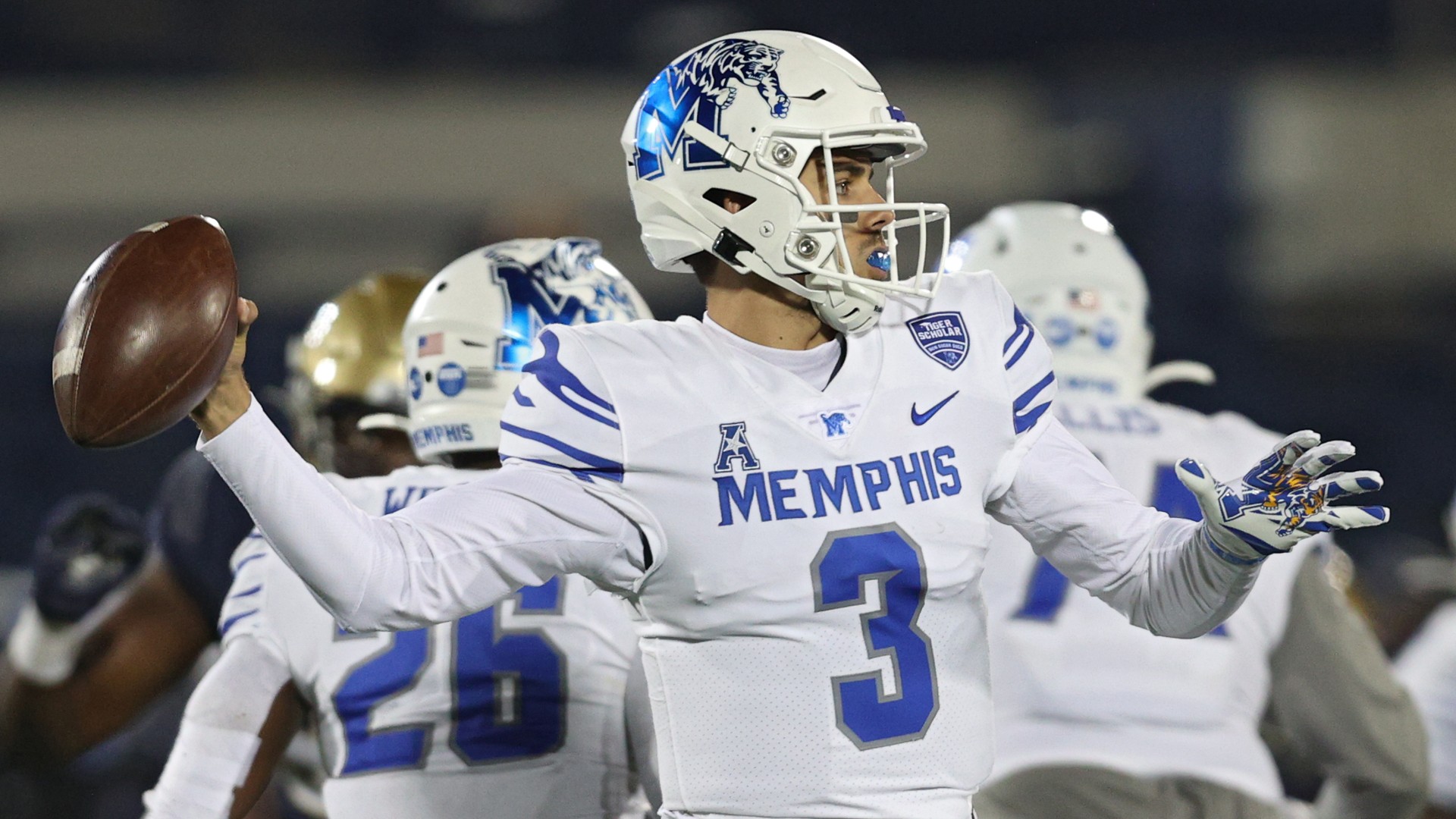 Memphis quarterback Brady White took on a unique challenge for the 2020 college football season, one that required waking up at 6 a.m. every morning and spending most of his nights at the team’s football facility toggling between film study and classwork. Sometimes, White didn’t get home until 9:30 p.m. or later.

He described the “full-time-job” with an interesting take.

“It’s a privilege to be working on your doctorate while playing football,” White said Wednesday. “I will not say one day went by that was easy. It was well worth it. I’m extremely grateful to be where I’m at.”

That’s not something you hear from a student-athlete every day.

White succeeded both on and off the field. He passed for 3,380 yards, 31 touchdowns and 10 interceptions while leading Memphis to an 8-3 record. He continued to pursue a doctorate in liberal studies. For his efforts, White won the William V. Campbell Trophy presented by Mazda on Wednesday.

The National Football Foundation has given the award, which is nicknamed the “Academic Heisman,” since 1990. It recognizes student-athletes for success, football performance and community leadership. White was chosen among a pool of 199 candidates for the award.

White took advantage of the college experience twice during his career. He was an early enrollee at Arizona State and graduated from there before transferring to Memphis.

“I had an extremely strong conviction and confidence that this was going to be possible, and this was something I could make happen in real life,” he said. “That helped me get a jump-start in all phases. That’s just always been how I’m wired. I want to be the best I could possibly be in everything I do.”

White won 28 games as a starter with Memphis and an appearance in the 2019 Cotton Bowl. He finished a three-year career with the Tigers with 10,690 passing yards, 90 TDs and 30 interceptions. First-year Memphis coach Ryan Silverfield remained impressed every step of the way.

“People always ask me, ‘What does Brady White mean to me as person or this program?'” Silverfield said. “I say the best honor you could ever show someone is: I don’t have kids. If I ever have a son, I hope he grows up to be like Brady White. He represents and does things the right way in all walks of life.”

On top of that, White was active in the Memphis community. He visited children’s hospitals and volunteered with area schools, including reading books to students on Facebook live.

He did that in a season impacted by COVID-19. White said those challenges were more prevalent with football because of the inability to meet in person. He said the support staff on the football staff and on the academic side helped him pursue both goals this season. He plans on finishing his doctorate while training for a career in the NFL.

“My entire focus is on being a football player in the next phase of life, but I do know that football is going to end,” White said. “I fully plan on completing my doctorate degree and utilizing that.”

“I love sports and I love football,” he said. “What I want to do afterward is going to include this sports world. I’m intrigued to see what doors will open and where I’m able to utilize this education.”

White will receive a $25,000 postgraduate scholarship for winning the award. He will accept the award Thursday as part of ESPN’s virtual Home Depot College Football Awards program.

“It’s an extreme privilege to be joining such an incredible fraternity for this award,” he said. “I hope I can build on the legacy it has.”