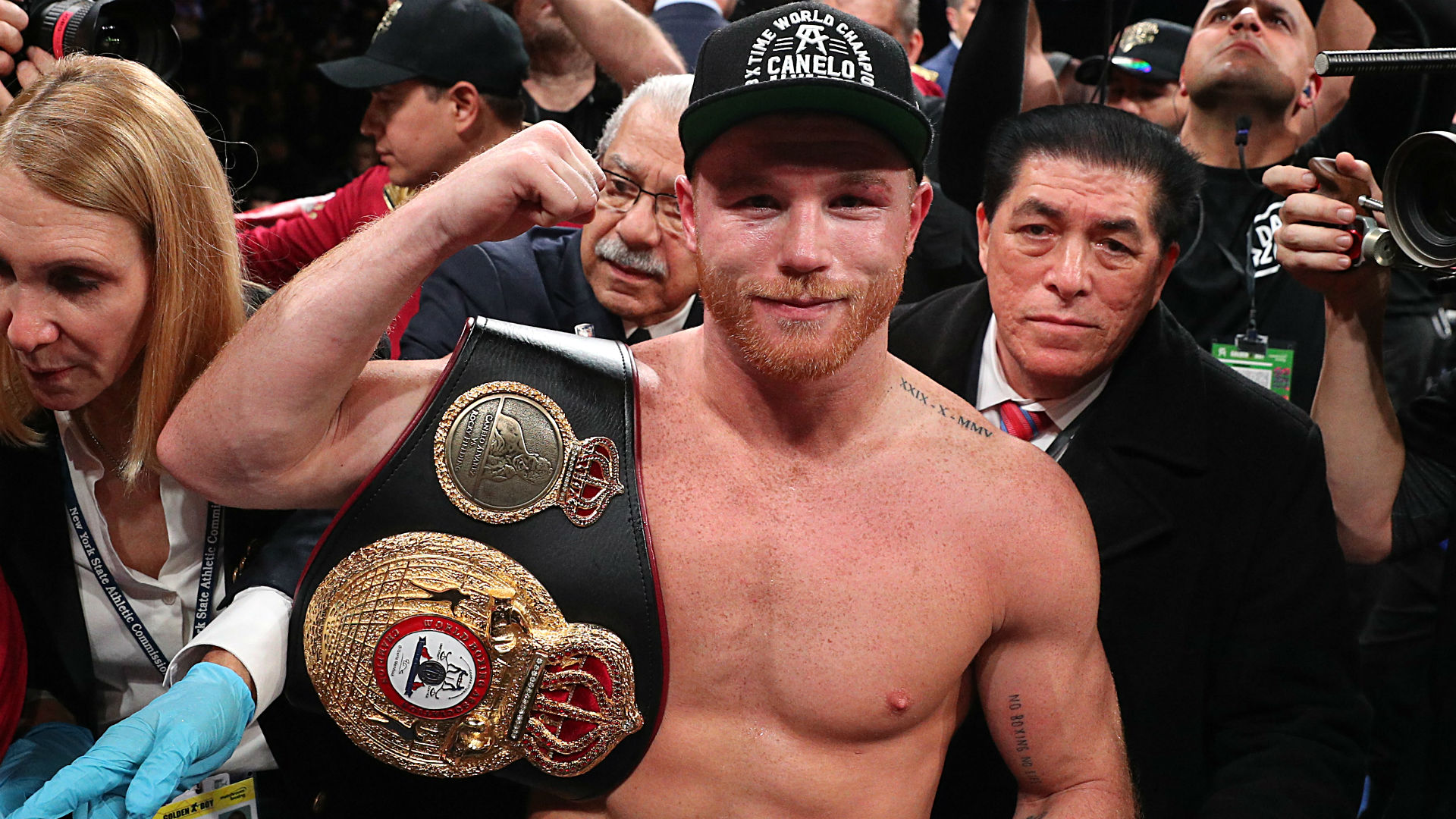 It will be Canelo’s first fight since stopping Sergey Kovalev in the 11th round last November to claim the WBO light heavyweight title and become a four-division world champion. He returns to the 168-pound division for the second time after blowing out Rocky Fielding with a third-round TKO in December 2018 to capture the WBA (Regular) super middleweight title at Madison Square Garden in New York.

“I’m very happy to return to the ring and continue to make history,” Alvarez said in a press release. “I am motivated to continue to be the best, and I look forward to fighting Callum Smith, who is one of the best at 168lbs.”

The undefeated Smith (27-0, 19 KOs) is back in action against arguably the best fighter in boxing. In his last outing, Smith narrowly got by John Ryder in defense of his WBA (Super) and The Ring 168-pound titles. The winner of the World Boxing Super Series in 2018 was featured on the Canelo-Fielding undercard, where he stopped Hassan N’Dam in the third round. As the best super middleweight in the world, Smith aims to turn back the challenge of Canelo.

“I’ve been wanting a big fight since becoming world champion, so I’m so pleased that during these challenging times we can deliver to the fans a fight between the very best in the division,” Smith said. “I truly believe I beat him and will prove that 168lbs is my division.”

Can Canelo once again prove he’s pound for pound the best fighter in the world? Or does Smith upset the apple cart and pull off the massive upset?

When is Canelo Alvarez vs. Callum Smith?

Canelo Alvarez’s return to the ring against Callum Smith takes place on Saturday, Dec. 19. The card starts at 8 p.m. ET, with Alvarez and Smith expected to take their ring walks about 11 p.m. ET, depending on the length of the earlier fights.

How to watch Canelo vs. Smith

The Canelo vs. Smith fight will stream live globally on DAZN, to more than 200 countries and territories (excluding Mexico, where it will be shown on TV Azteca).

Those interested in watching the fight can find DAZN on a number of different systems, including, but not limited to, Amazon Fire TV/stick, Android, Apple TV, Google Chromecast, iOS, Playstation 3, Playstation 4, Roku and Xbox One. Viewers can also find it on DAZN.com using browsers like Chrome, Firefox, Internet Explorer and Safari.

Click here to learn more about DAZN in your region.

DAZN is offering two different ways to watch the Canelo vs. Smith fight in the United States with various price points.

Boxing fans interested in watching the fight can sign up for a monthly DAZN subscription or annual pass. The annual pass costs $99.99 while the monthly subscription costs $19.99. (In Canada, a subscription is $20 CAD per month or $150 CAD per year.)

Customers of major cable providers such as Comcast, Charter, Cox and more can also pay $69.99 to watch on their cable box and receive a four-month DAZN subscription as part of the cost.

Where is Canelo vs. Smith taking place?

The Canelo vs. Smith fight will take place in San Antonio, Texas, at the Alamodome. A limited number of fans will be in attendance.

For updated odds, check the listings provided at the DraftKings sportsbook.