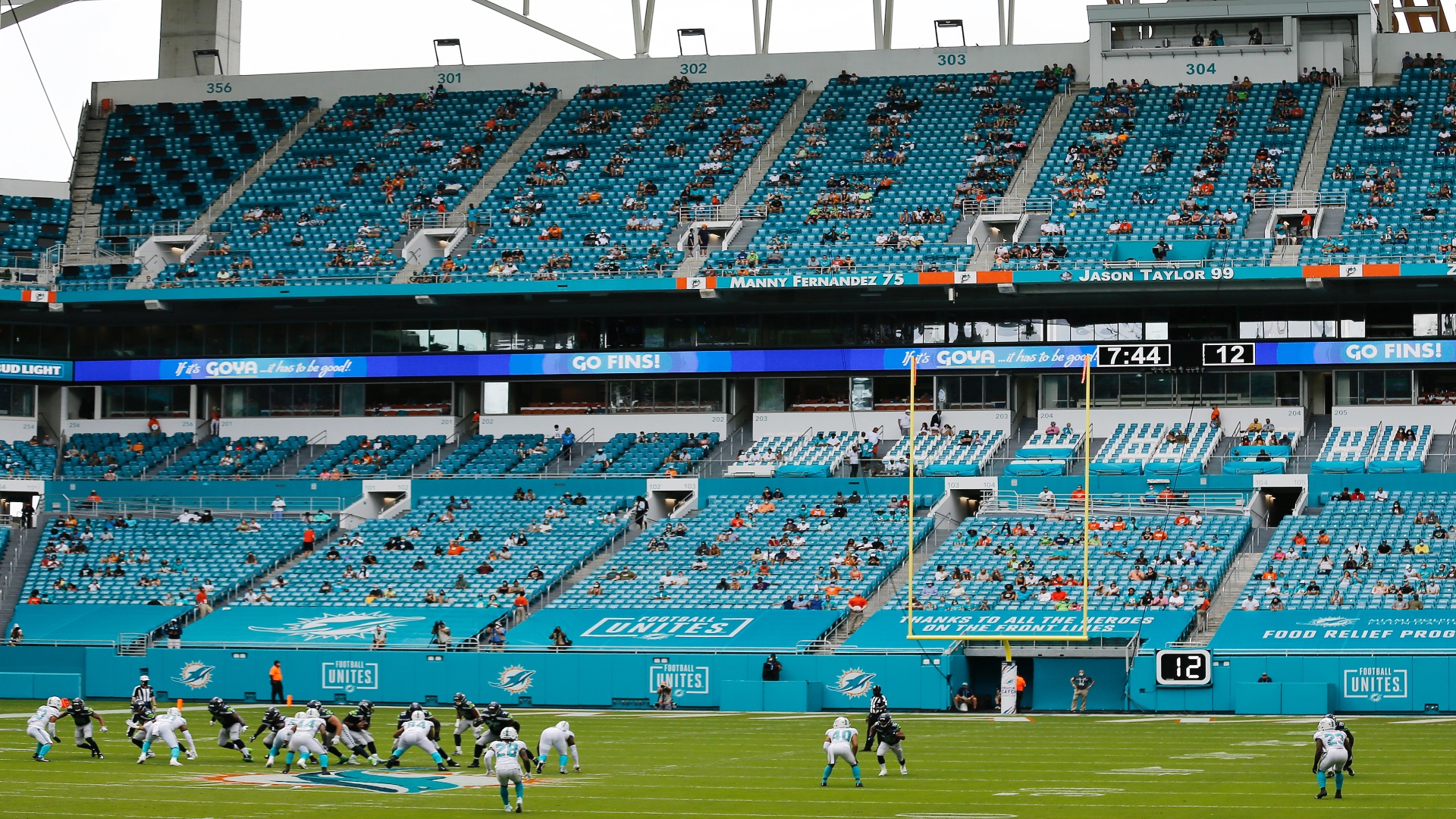 At what we only can hope will stand as its peak moment of the pandemic, the state of Florida was home to 15,300 new cases of COVID-19. That was in mid-July. Not quite three months later, new cases have declined by 85 percent. This is encouraging news, viewed in that context.

It is not an achievement, though, because we still are talking about more than 2,000 people falling ill with this debilitating and frequently deadly disease. This is not a time to do a choreographed touchdown celebration in the end zone of Hard Rock Stadium.

That is not the plan presented Wednesday by Florida’s cartoon governor, Ron DeSantis. No, he wants the celebration to be in the stands. He told Miami talk host Andy Slater that he was removing restrictions on public gatherings and would allow the Dolphins to welcome a capacity crowd of 65,000 the next time they play an NFL game.

Slater amplified this by saying DeSantis’ spokesperson wished “to make it clear … all Florida stadiums were able to go full capacity.” That potentially would mean 88,548 at the Florida Gators’ Ben Hill Griffin Stadium or 79,560 at Florida State’s Doak Campbell Stadium.

The Dolphins said they were remaining at their current level of 13,000 fans for their Oct. 24 game against the Chargers. The Gators announced at the start of the season that they were limiting attendance to 17,000. FSU’s limited attendance produced a crowd of 17,538 for the Seminoles’ loss to Georgia Tech.

When your football teams are smarter about public health than your government, there’s a problem.

The United States still is gripped by this pandemic in a way that many other developed nations are not. The U.S. saw 42,553 new cases emerge Tuesday, up more than 17,000 from a month earlier. We lost another 721 Americans, bringing the total deaths to more than 211,000. Florida has lost nearly 15,000 of its residents to COVID and, given how many visited there over the past four months, there is no telling how much of the disease was exported.

The COVID-19 pandemic now is the fourth-worst mass casualty event in this nation’s history, behind only the Civil War, the 1918 flu pandemic and World War II.

Governmental indifference could push COVID into the top three.

There is no reason to believe we have reached a point in the U.S. that mass gatherings at sporting events or concerts are exempted from the risk of virus spread. An outdoor gathering at the White House to celebrate President Donald Trump’s nominee for Supreme Court attended by 150 people has produced roughly a dozen positive tests. The same math at a single sold-out Dolphins game would produce approximately 5,200 new COVID cases.

If you watch soccer from Europe now, you’ll see in some cases no fans are allowed at games and in others almost none. In Italy’s Serie A, for instance, attendance is limited to 1,000 in stadiums that mostly hold 40,000 to 80,000.

Italy has firsthand experience with the lethal spread of this virus at a spectator-sport venue. When Atalanta played a home Champions League match against Spain’s Valencia on Feb. 19 at the San Siro stadium in Milan, what occurred later was described as “a biological bomb” by an official at a hospital in Bergamo, the home to Atalanta.

“Some 40,000 Bergamo inhabitants went to Milan to watch the game,” major Giorgio Gori told Agence France-Presse. “It’s clear that evening was a situation in which the virus was widely spread.”

The Lombardy region became ground zero for Italy’s coronavirus outbreak; there have been 16,973 deaths from COVID there. Deaths in Bergamo increased nearly 600 percent over the average in March. It wasn’t clear at the time of the game the virus had invaded, but in the aftermath its disastrous impact was obvious.

“With hindsight, it was madness to play with a crowd present, but at the time things weren’t clear enough,” immunologist Francesco Le Foche told The Independent. “It’d be unthinkable now.”

It would be, in a place where the government placed public health above the desire of some citizens to ignore the plague’s impact on the population and simply resume their daily routines.