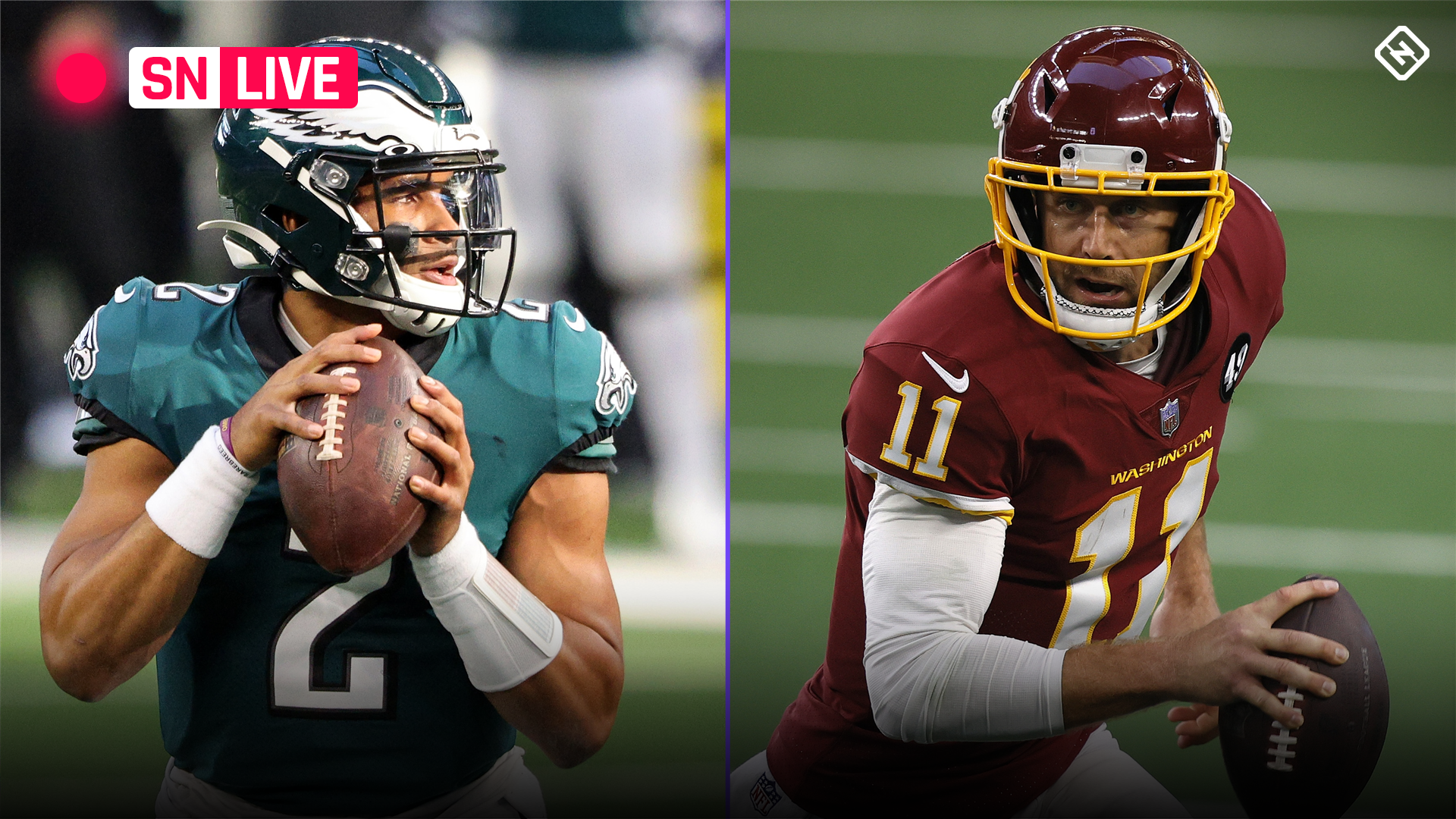 The Washington Footbal Team has everything to play for against the Eagles on “Sunday Night Football” in Week 17.

With a win or a tie, Washington (6-9)  clinches the NFC East and a spot in the playoffs. A loss, and it’ll be the Giants representing the NFL’s worst division in the postseason.

It would be a storybook ending to the regular season for Alex Smith, who was cleared to start in Week 17 after suffering a calf injury against the 49ers in Week 14. Smith, likely to be the NFL’s comeback player of the season after spending two years recovering from a horrific leg injury, could lock up the award by punching Washington’s playoff ticket with a win.

That being said, don’t expect the Eagles (4-10-1) to roll over. Even though they were eliminated from playoff contention following last week’s loss to the Cowboys, they’re still playing for pride. Rookie QB Jalen Hurts is also making his final audition to be the starting QB over Carson Wentz.

Sporting News is tracking live scoring updates and highlights from Eagles vs. Washington on “Sunday Night Football.” Follow below for complete results from the NFL Week 17 game.

9:32 p.m. — Eagles punt. A quick three-and-out gives Washington the ball back at its 45-yard line following a 20-yard return by Steven Sims Jr., 1:24 left before halftime.

9:26 p.m. — Washington punts. Smith is sacked by Alex Singleton on third down and Philadelphia gets the ball back at its 26-yard line with 1:52 left to play in the half.

9:21 p.m. — TOUCHDOWN, EAGLES. Hurts scrambles up the middle and trots in untouched for a 6-yard rushing score to give Philadelphia a 14-10 lead with 3:54 remaining in the first half.

9:13 p.m. — Washington punts. Philadelphia gets the ball back at its 35-yard line with 8:03 left in the first half, chance to tie or take the lead.

9:05 p.m. — TOUCHDOWN, EAGLES. A nice bounceback from the turnover on the previous drive as Hurts caps it off with a 6-yard TD run on the read option. Washington’s lead is now 10-7 with 10:18 remaining in the second quarter.

Greg Ward made a nice play on a double pass to avoid a tackle and throw it down field to Travis Fulgham for a 15-yard gain to end the period.

8:49 p.m. — FIELD GOAL, WASHINGTON. Washington can’t pick up a first down but the good field allows Dustin Hopkins to hit a 42-yard field goal to extend the lead to 10-0 with 2:02 remaining in the first quarter.

8:46 p.m. — INTERCEPTION. Jalen Hurts is picked off by Kamren Curl and Washington takes over at the Philadelphia 32-yard line with 4:07 left to play in the first quarter.

8:40 p.m. — TOUCHDOWN, WASHINGTON. Alex Smith hits Terry McLaurin on the far side corner route in the back of the end zone for a 5-yard TD and Washington leads 7-0 with 4:19 left in the first quarter.

8:20 p.m. — Washington wins the toss. The Eagles will receive to start.