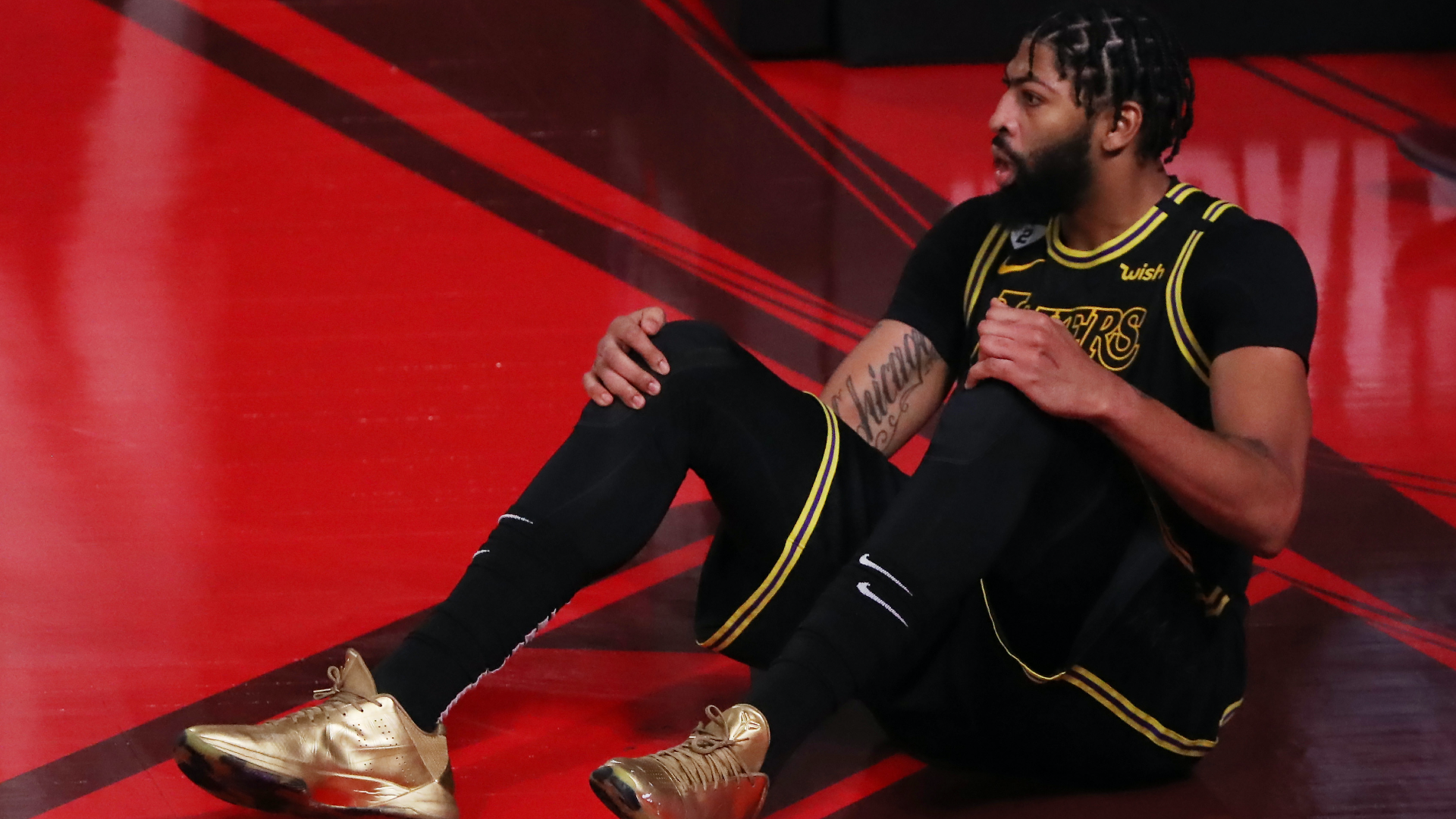 Anthony Davis’ status for Game 6 of the NBA Finals was already in question for health reasons, but some Heat fans now want him suspended regardless of whether his heel injury fails to progress.

A previously unnoticed off-ball incident involving the Lakers big man and Miami forward Jae Crowder on Friday night has drawn comparisons to what happened in the 2016 NBA Finals, when Draymond Green swatted at LeBron James’ groin area was subsequently suspended one contest. The Warriors went on to blow their 3-1 series advantage in part because of that ban.

In the Heat’s dramatic 111-108 Game 5 win to stave off elimination, Davis appeared to elbow Crowder after taking a tumble. The referees and TV broadcast team did not notice the incident.

While there is no indication from the NBA that Davis is in danger of being suspended, Miami supporters (and Lakers haters) are furiously trying to play up the controversy in hopes they can sway the league into drastic action.

Here is a better look at Anthony Davis hitting Jae Crowder in the face, and shown in comparison to Draymond’s suspension-worthy crotch punch in 2016: pic.twitter.com/lYScUROVEY

Because there are limited camera angles of the play circulating, the directness of the contact between Davis and Crowder is unclear. So, too, is the intent Davis had to cause harm.

It certainly looks bad, but it also is worth noting that Crowder did not appeal for a flagrant foul or milk the injury. Usually any substantial contact to the head area in the NBA leads to a dramatic flop.

A number of fans on social media, though, are not going to be convinced that Davis should be allowed to play Game 6.