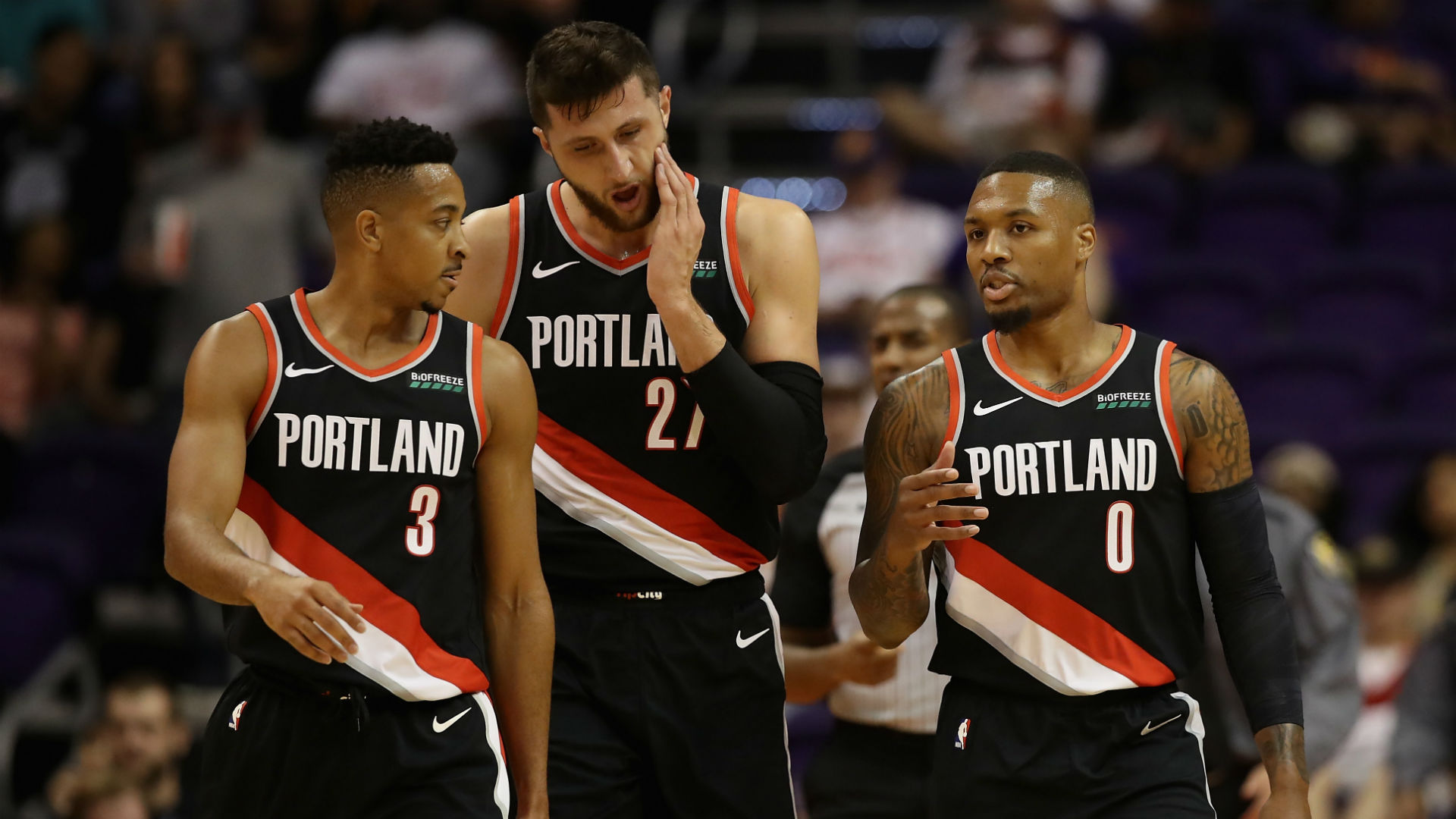 The Trail Blazers will be without two of their most important players for an extended period.

Portland’s depth took another hit after guard CJ McCollum and center Jusuf Nurkic both suffered injuries during January games. The Trail Blazers, already dealing with the loss of Zach Collins after he underwent ankle surgery in late December, must now lean even more on Damian Lillard and figure out a way to avoid a major drop in the Western Conference standings.

What’s next for the Portland stars? Here’s everything we know about McCollum and Nurkic and the latest news on when they may return to the court.

What is CJ McCollum’s injury?

McCollum left a Jan. 16 game against the Hawks with what the Trail Blazers initially called a left foot sprain. During the first quarter of that contest, Atlanta center Clint Capela jumped to block McCollum’s shot attempt at the rim and landed directly on his left foot.

The Blazer have officially announced he has a left foot sprain and will not return. pic.twitter.com/Aoflx48YcY

Additional testing revealed McCollum had suffered a small hairline fracture in his left foot and a mid-foot sprain.

“Bad timing, it’s terrible timing,” McCollum said of the injury. “It’s nothing I can really do about it. I work hard to take care of myself. I put a lot of time in. I put a lot of effort into my body. This is one of the situations where there’s not much I could have done. Maybe if I would’ve done a left-handed layup he wouldn’t have fell on top of me, but it is what it is.

“I think I’m at the point in my life where, control what you can control. I’m not gonna feel sorry for myself. I live a good life. I’m still gonna live a good life. This is something that I can overcome with some time and some rest.”

What is Jusuf Nurkic’s injury?

Nurkic left a Jan. 14 game against the Pacers with a right wrist fracture. During the third quarter of that contest, Nurkic swiped at a driving Malcolm Brogdon, then immediately grabbed his wrist. He walked back to the locker room at the next timeout break and did not return.

“We’re always gonna be here for [Nurkic]. We’re always gonna show our support for him,” Lillard said. “But we gotta give him his space and let him take that in. It’s a tough thing. It comes with what we do, and it can happen at any time. I think that’s the best thing to do and how we should handle it.”

How long will CJ McCollum be out?

Portland announced on Jan. 19 that McCollum will be re-evaluated in four weeks. If he stays on that timeline, McCollum will miss at least 16 games, but the 29-year-old remains optimistic about his future.

“In the meantime, I’ll just enjoy what comes with this life. I’ll enjoy the struggle of some of the things we take for granted…some of the things that we don’t realize are important to us that now you can’t necessarily do when things happen like this.” – @CJMcCollum pic.twitter.com/2Lhjs1Lhfm

How long will Jusuf Nurkic be out?

Portland announced on Jan. 19 that Nurkic underwent wrist surgery and will be re-evaluated in six weeks. If he stays on that timeline, Nurkic will miss at least 23 games. Lillard expects backup big man Harry Giles to play a much larger role with Nurkic sidelined.

“There’s gonna be a huge opportunity for [Giles], and I think he’s prepared for it,” Lillard said. “Mentally, I think he’s a super confident young player. Every morning when I come into the facility, he’s on one of the baskets working on his game, sweating. … He’s been in the gym. He’s been preparing himself for whenever that opportunity came.

“I think now it’s here, and I think he’ll be ready for it. We’re gonna need him to be.”

The Blazers will, at least in the short term, likely try to fill the hole left by Jusuf Nurkic’s injury by committee.

Damian Lillard says Giles has a huge opportunity and “he’s prepared for it.” pic.twitter.com/oMrXBfObrt