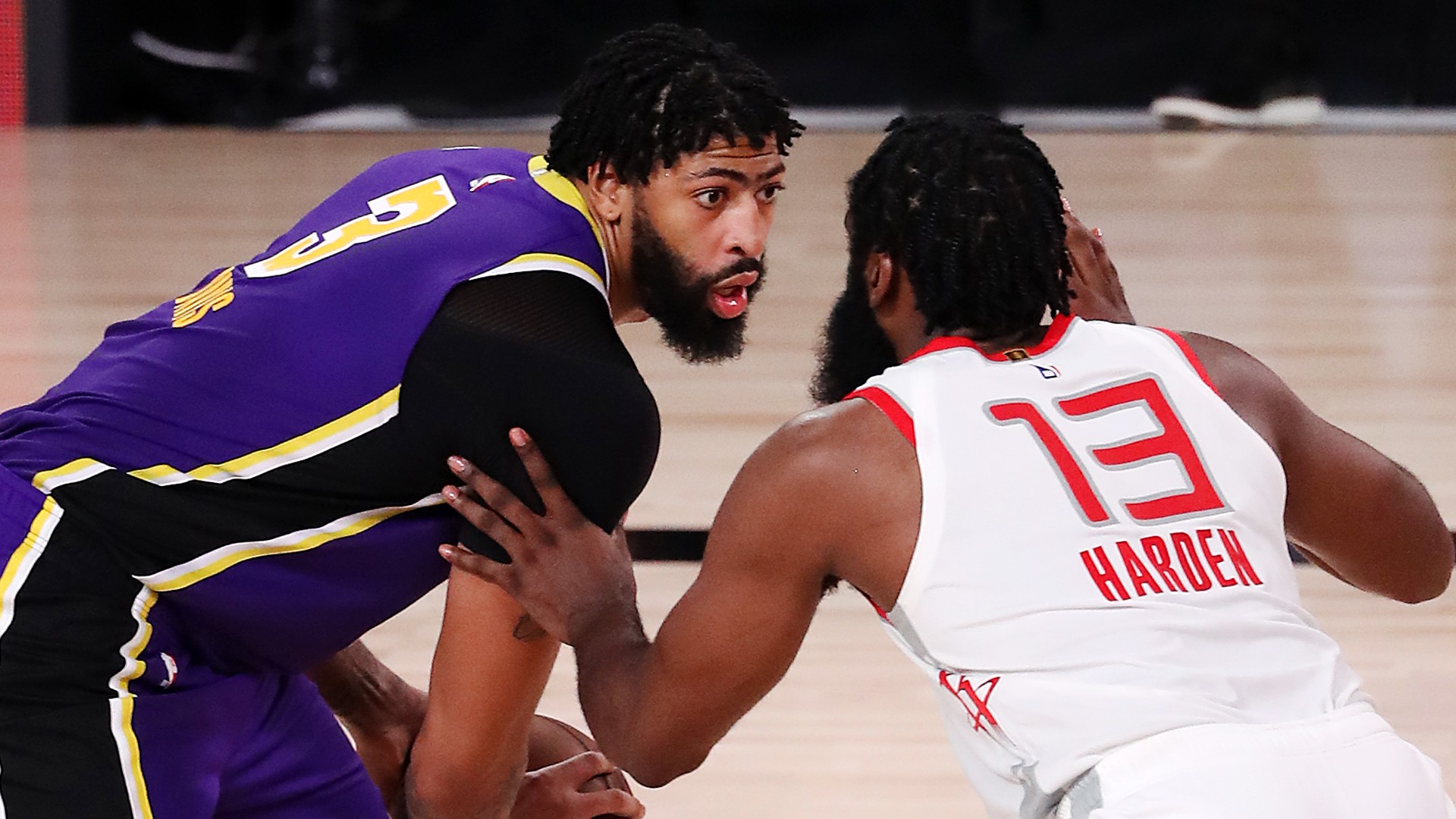 There are multiple Western Conference contenders looking to ruin the Lakers’ quest for back-to-back titles, but their most daunting foe may be sitting over in the Eastern Conference.

The Nets’ acquisition of James Harden in a blockbuster trade earlier this month sent shockwaves throughout the NBA and put them firmly in win-now mode. The trio of Harden, Kevin Durant and Kyrie Irving gives Brooklyn more pure offensive firepower than any team in the league, including Los Angeles.

ESPN’s Rachel Nichols recently asked Lakers star Anthony Davis about the major shakeup and possibly meeting the Nets in the NBA Finals. He admitted that matchup would present some difficult challenges.

“It’s a threat. They’re definitely a threat,” Davis said. “They’re a team that can score, score at will. They’re a good team, and I think they’re the favorites in the East now since [Harden] went over there. So it’s going to be a fun battle. That’s definitely going to be a battle.”

Even putting aside the potential task of stopping Brooklyn’s “Big Three,” Davis understands the path to the Larry O’Brien trophy is only going to be harder the second time around. Los Angeles is coming off the shortest offseason in the history of the NBA, NFL, NHL or MLB after dominating the Florida bubble in 2020, and Davis knows the Lakers are getting “everybody’s best shot.”

“Everybody wants to be the champions,” Davis said. “That’s the toughest part. And now you appreciate — when we were playing, it was like, ‘Man, the Warriors are a cheat code. Man, these guys, they’re just winning. They’re adding players.’ But now, as a champion, you come out this year, you really appreciate [it].

“Like, ‘Man, those guys, that was tough what they did.’ That was very tough, to come out and repeat, and even back when Shaq [O’Neal] and Kobe [Bryant] three-peated, it was tough to see what those guys did, especially when you have this target on your back.”

You can watch Nichols’ full interview with Davis below.

1-on-1 with Anthony Davis: AD is going to be in a Super Bowl ad with Serena Williams, Peyton Manning & Jimmy Butler – and that’s just his plans for next weekend. Great conversation about happiness, the cost of trying to repeat, and the team he thinks is most in the Lakers’ way: pic.twitter.com/zqcnILdJtd