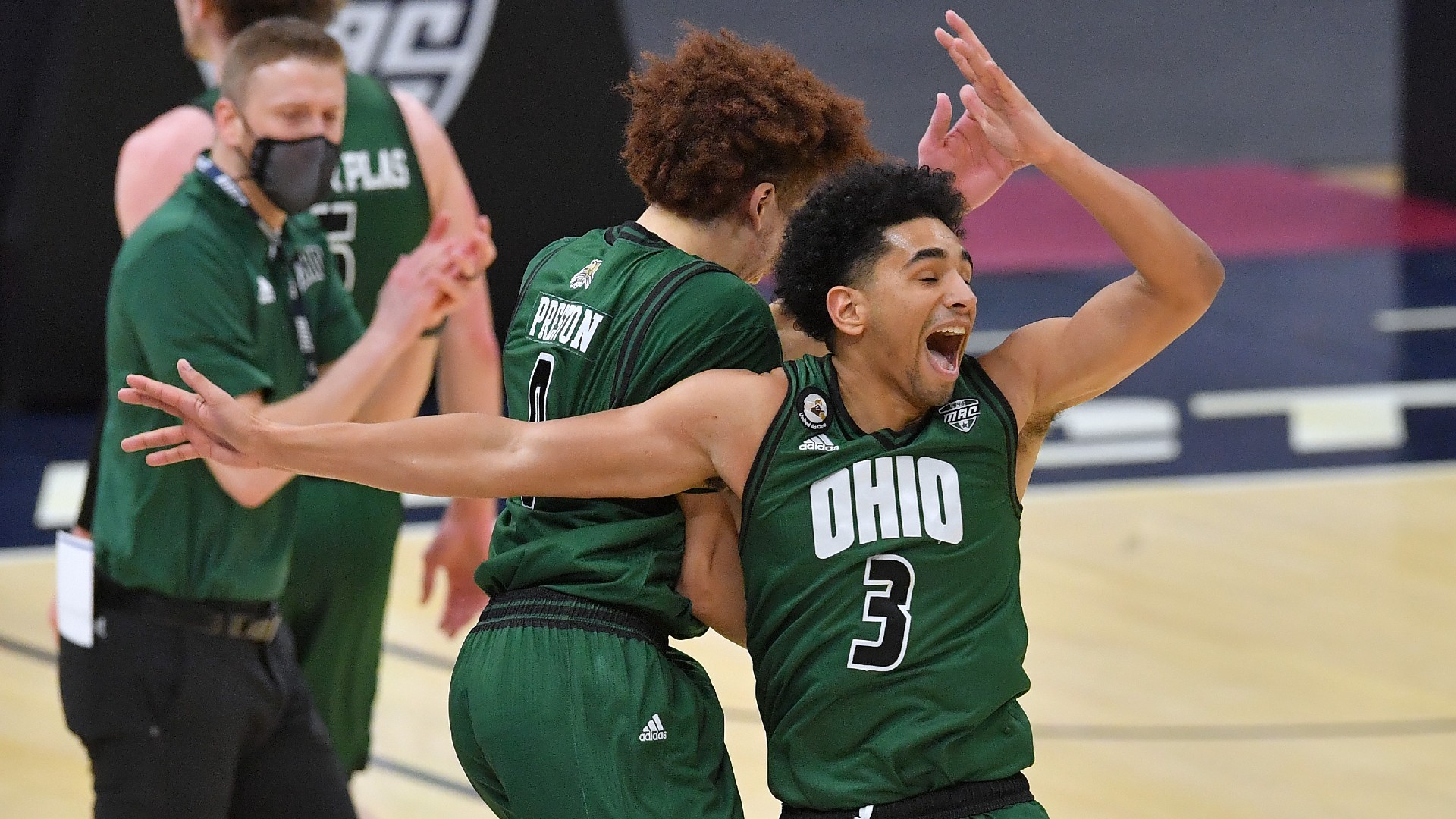 Will there be a lucky No. 13 in the 2021 NCAA men’s basketball tournament?

Sporting News takes a closer look at the four matchups to find out:

Why this could happen: Liberty averages just 9.7 turnovers per game – and Oklahoma State commits 15.9 turnovers per game. The Flames have the guard play necessary with Darius McGhee and Chris Parker, and this an experienced team that pulled a 5-12 upset in 2019. Liberty takes a 12-game winning streak into the tournament, and that makes them a dangerous team. Liberty does not have Cade Cunningham. The All-American averaged 20.2 points per game, and the Cowboys’ offense will pose a style challenge for Liberty – especially if the second-chance points are there. If Oklahoma shoots better than 50 percent from the field, then the Flames will have trouble keeping it within double digits.

Why this could happen: Senior guard Isaiah Miller is a superstar player who can go off. He averages 27.4 points per game in his last five games, and UNC-Greensboro won eight of their last 10. Florida State lost three of its last five games. The Seminoles have advanced to the second weekend in their last two tournament appearances, however, and the matchup between 7-foot centers Balsa Koprivca and Hayden Koval will go a long way in determining the tempo. The Seminoles rank eighth in the nation in three-point percentage (39.0), and leading scorer M.J. Walker shoots 44.4 percent behind the arc. He would need to have an off night for UNC-Greensboro to have a chance.

Why this could happen: The Mean Green caught fire in the Conference-USA tournament, and North Texas has four players who averaged double figures in the regular season. The Mean Green have a top-10 scoring defense that allowed 61.5 points per game. The challenge is for 6-10 forward Zachary Simmons, who will have to be more active against a Purdue front line led by forward Trevion Williams, who averages 15.6 points and nine rebounds, and 7-4 center Zach Edey. If guard Jaden Ivey is on, then North Texas will be in trouble. Under Matt Painter, the Boilermakers are 9-2 in the first round, and they have reached the second weekend in each of their last three appearances.

Why this could happen: Virginia’s biggest issues are off the court right now after COVID-19 issues forced the Cavaliers to pull out of the ACC tournament. The Cavaliers still give up just 60.5 points per game, and opponents commit 12.4 fouls per game against Virginia. They will test Ohio’s patience with that defense and their ability to limit possessions. A pair of Wisconsin natives – Virginia’s Sam Hauser and Ohio’s Ben Vander Plas – come into focus. Vander Plas will have to at least match Hauser – one of the ACC’s best players. The challenge lies on Ohio star guard Jason Preston, who averages 16.6 points, 7.2 assists and 6.8 rebounds. Ohio shot 26 of 58 from 3-point range in the MAC tournament, and that hot shooting will need to continue to have a chance against the 2019 national champions.

Which 13 seed is best bet for an upset?

North Texas has the lowest point spread of the four, but we don’t like their chances against that big Purdue front line.

UNC-Greensboro has the most-intriguing scorer in Miller, but Florida State presents too many problems on the offensive end.

Liberty has the best of the four teams, and even with that ability to limit possessions it’s tough to pick the Flames against Cunningham and that Oklahoma State offense.

Ohio is the best chance for an upset – and to cover the spread knowing the Cavaliers are 11-13 ATS this year – but it’s also a game that Virginia could dominate if the Bobcats have a rough shooting night.

This might be another unlucky year for No. 13 as a result.