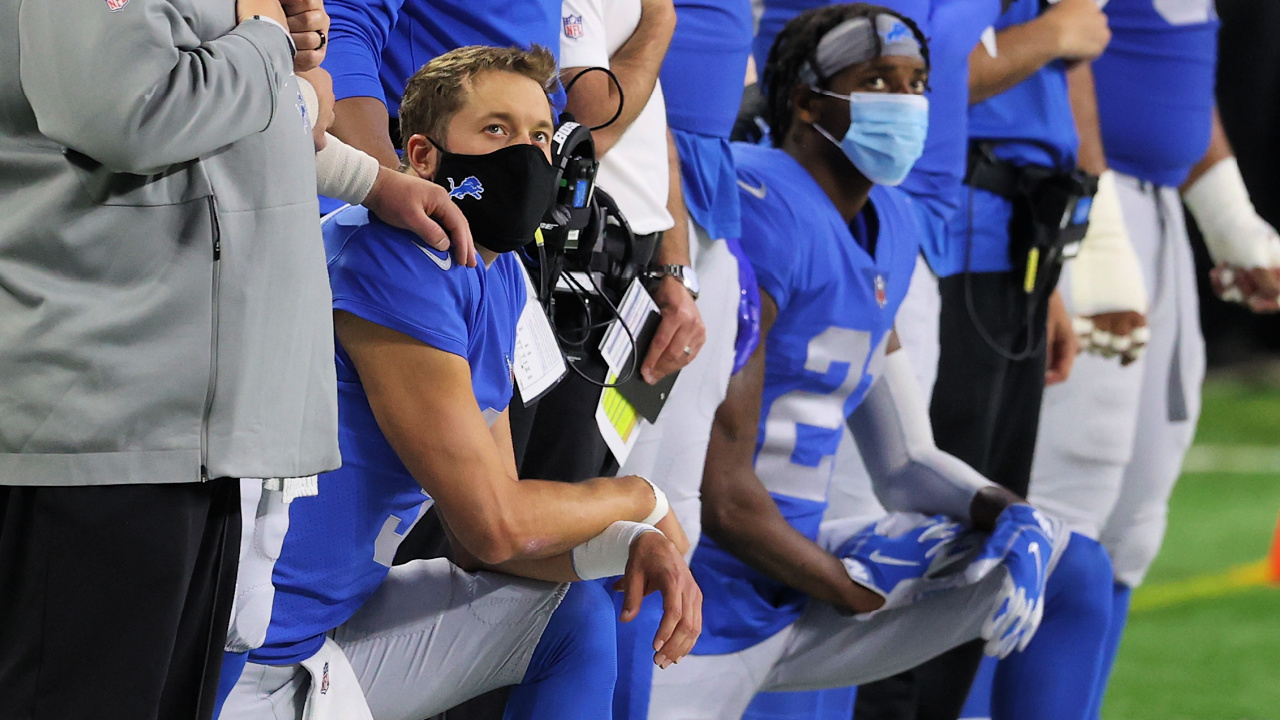 The quarterback, along with Texans’ quarterback Deshaun Watson, were among the NFL players who knelt during the national anthem before the game.

In September, Stafford kneeled during the national anthem and after the game, explained to reporters why.

According to MLive, Stafford also pledged $1.5 million to help promote diversity, inclusion, equity and social justice at the University of Georgia, his alma mater, with $350,000 of that heading to a new social justice program for the athletic department.

Three years ago, when NFL players first started kneeling during the national anthem to protest police brutality, Stafford and his wife were vocal critics against it. Since then, he and his wife have issued a public apology for opposing the protests.

Despite Stafford’s change of heart, some NFL fans were shocked to see the quarterback kneeling on Thanksgiving.

I know there are very few but those of you who are following me or anyone else who sees this tweet. I just sat down to watch the oldest Thanksgiving tradition in the NFL. I turned it off a moment later. Matt Stafford took a knee for the national anthem. So screw it!

I have a message for Deshawn Watson and Matthew Stafford. Next time you disrespect my anthem by kneeling, remember why you get to play a game for millions. From a hard working, patriotic American.

For those crying about Matt Stafford and others kneeling during the national anthem have no f*cking clue what it truly means to be a free American.

They actually think complying and not protesting what you believe is wrong is freedom.

This is American Freedom 👇 pic.twitter.com/hQ4H2H9mkY

And lots of us immediately turned the tv off.