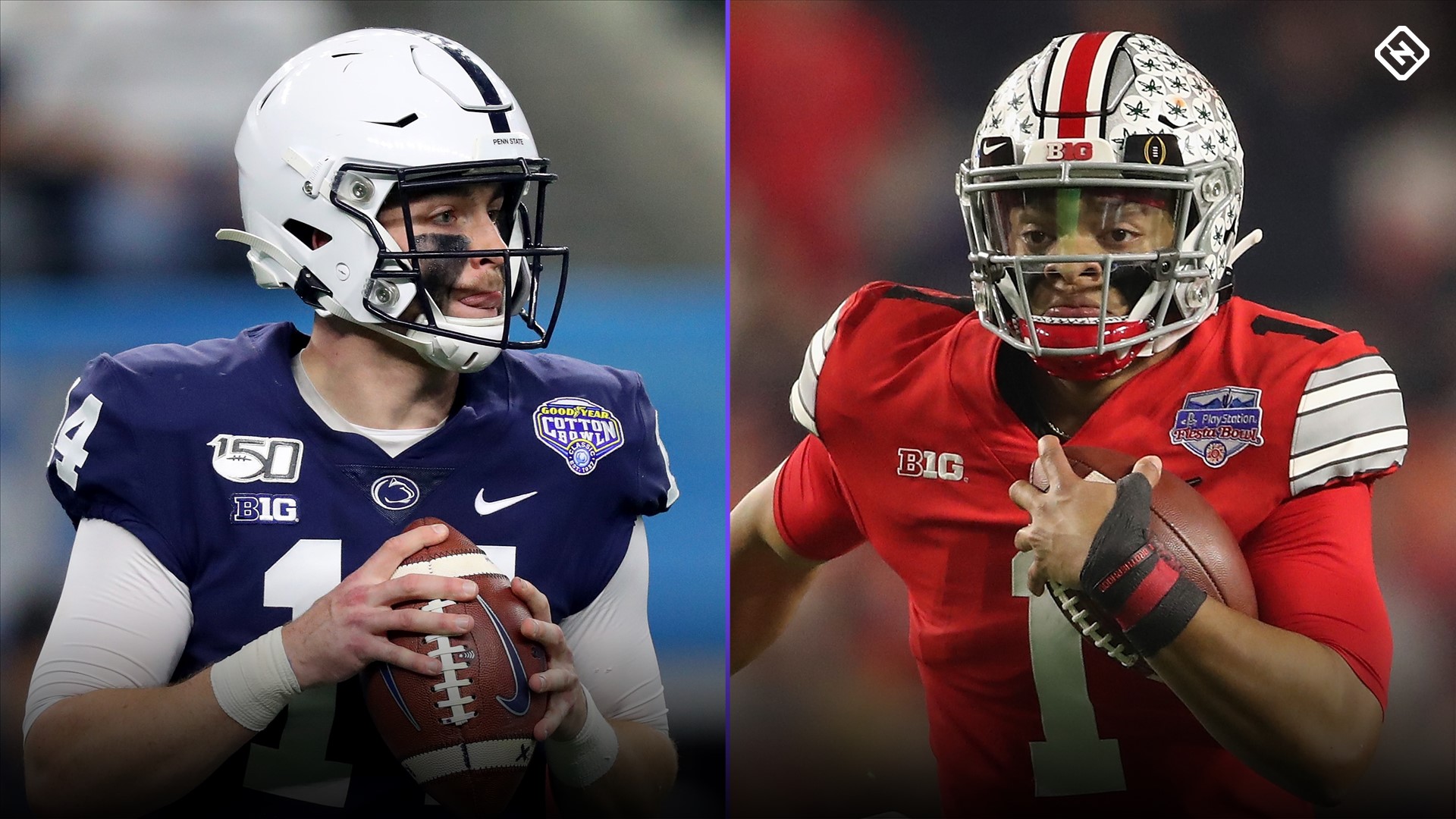 Penn State and Ohio State face off in a ranked Big Ten matchup on Saturday, the results of which should go a long way in determining the outcome of the Big Ten East race.

The 18th-ranked Nittany Lions will try to reverse course after a controversial (and mistake-filled) 36-35 loss to Indiana in their 2020 debut. They’ll find a much tougher opponent in the third-ranked Buckeyes, however: Justin Fields and Co., despite a slow start, looked like the team to beat in the conference in a 52-17 snoozer over Nebraska.

Penn State is also missing several key players who before the start of the season figured to contribute heavily to the 2020 campaign. Micah Parsons, considered a top-10 draft prospect, remains opted out of the season due to the COVID-19 pandemic. Star running back Journey Brown is out for potentially the entire season due to an unspecified heart condition, and his backup, Noah Cain, suffered a season-ending injury just three carries into the loss vs. Indiana.

The Nittany Lions can’t even rely on their famed “White Out” vs. Ohio State, a college football experience in which 110,000-plus screaming fans all clad in white scream their support for the home team. Any way you cut it, Penn State has a tough challenge against the Buckeyes — can it step up to the tall task, or will it start the season 0-2 for the first time under James Franklin?

Sporting News is tracking live scoring updates and highlights from Ohio State vs. Penn State. Follow below for complete updates from the 2020 Big Ten rivalry game.

8:09 p.m.: Penn State gets a couple of nice chunk plays to get just outside the Ohio State red zone: a 20-yard reception by Jahan Dotson followed by a 13-yard gain by Devyn Ford. The Nittany Lions are driving at the OSU 22.

8:07 p.m.: A roughing the passer penalty by Ohio State’s Barron Browning gives Penn State a fresh set of downs after forcing an incompletion on third-and-12. Penn State driving at its 38.

8 p.m.: TOUCHDOWN, OHIO STATE. The Buckeyes nickel-and-dime Penn State for a few plays before Justin Fields throws his first touchdown of the game: a 26-yard touchdown to Chris Olave. Defensive end Shaka Toney is also limping off the field. It’s 14-0 Ohio State with 8:39 in the game.

That TD drive took five plays, I’m a little disappointed in the Buckeye offense, not gonna lie. What’s next? Seven plays to score on the next drive? Unacceptable.

7:55 p.m.: TURNOVER, PENN STATE. Penn State tries for it on fourth-and-2 from its own 45, but the designed pass isn’t there; Clifford rolls right and just throws it away. Ohio State will take over on downs.

7:49 p.m.: Penn State’s first play is a 9-yard connection between Sean Clifford and tight end Pat Freiermuth out to the 34. He’ll likely get lots of targets today.

7:45 p.m.: One play and Ohio State’s already deep in Penn State territory: Receiver Garrett Wilson takes the end-around62 yards for a first down at the Nittany Lions 13.

7:44 p.m.: Penn State wins the toss and defers; Ohio State will take over at its 25-yard line to start the game.

• Full betting preview and SN’s prediction
• Why Penn State’s ‘White Out’ tradition vs. Ohio State got wiped out by COVID-19 in 2020
• Why did Justin Fields transfer from Georgia?
• Why did Micah Parsons opt out of the 2020 season?
• What happened to Journey Brown?

Saturday’s game between Ohio State and Penn State is scheduled to start at 7:30 p.m. ET. ABC will broadcast the game nationally. You can also stream it live via fuboTV, which offers a free seven-day trial to new subscribers.