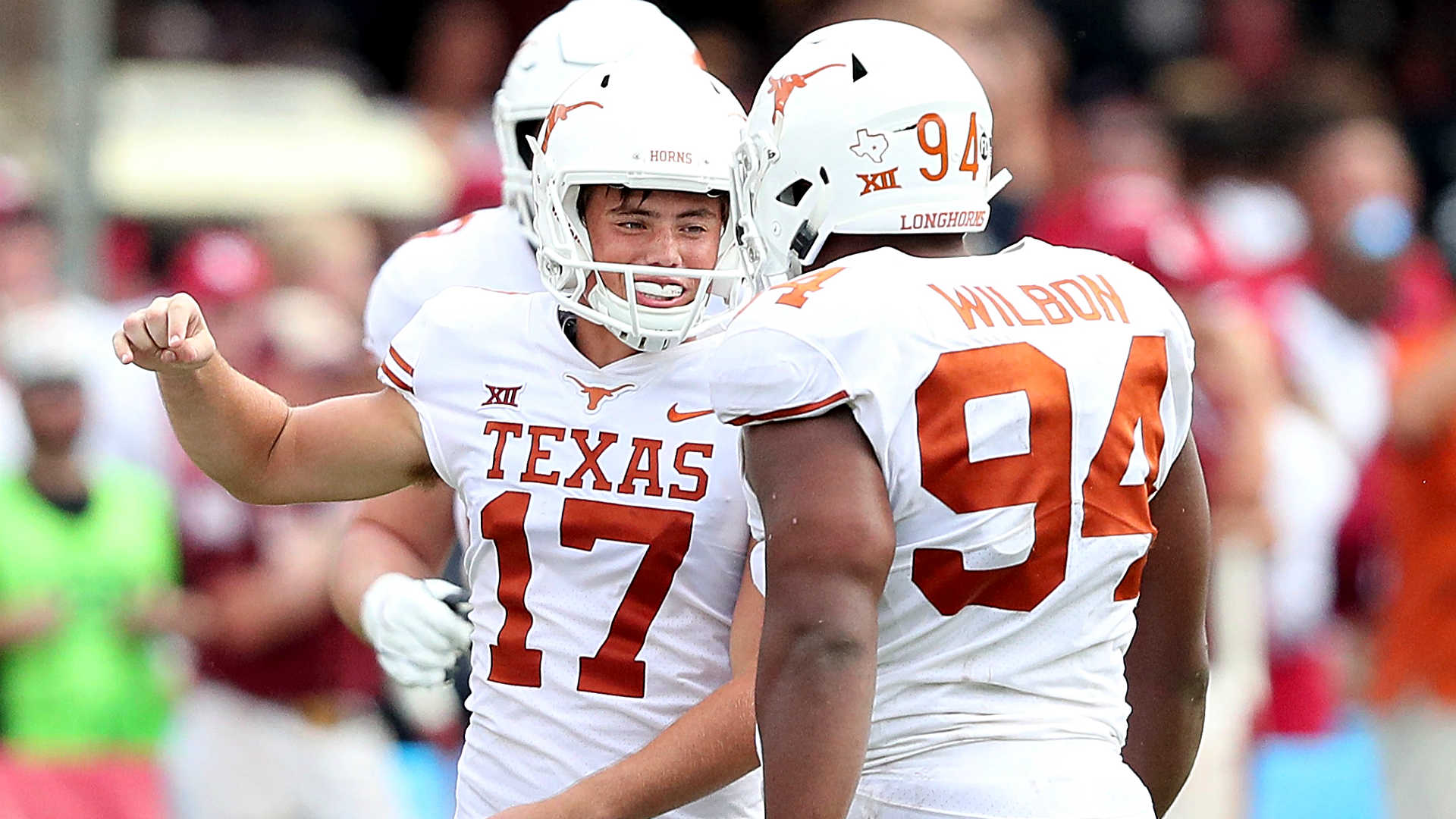 No. 6 Oklahoma State resorted to a little Halloween trickery in its 41-34 overtime loss to Texas on Saturday.

On the final play of the half, Texas kicker Cameron Dicker lined up for a 40-yard field goal that would have made the score 24-20 Cowboys at halftime. Dicker has been pretty reliable in his collegiate career, but a 40-yard field goal is nothing to sneeze at, especially at the college level. Regardless, the Cowboys’ video board operator thought he’d go the extra mile in an attempt to force an errant kick:

Oklahoma State’s ploy didn’t work, however: Dicker made the field goal and went 2 for 2 on field goal attempts of 20 and 40 yards, respectively. That makes him 8 of 10 on the season and 40 of 53 for his career.

More importantly, he helped Texas to an overtime upset of the sixth-ranked Cowboys, which very well could have booted the Big 12 from the College Football Playoff race.

Saturday’s ploy wasn’t the first time the video board has come into play on opposing kicks, either: The Cowboys did something similar against Iowa State; it worked in that game, helping Oklahoma State to a 24-21 win.