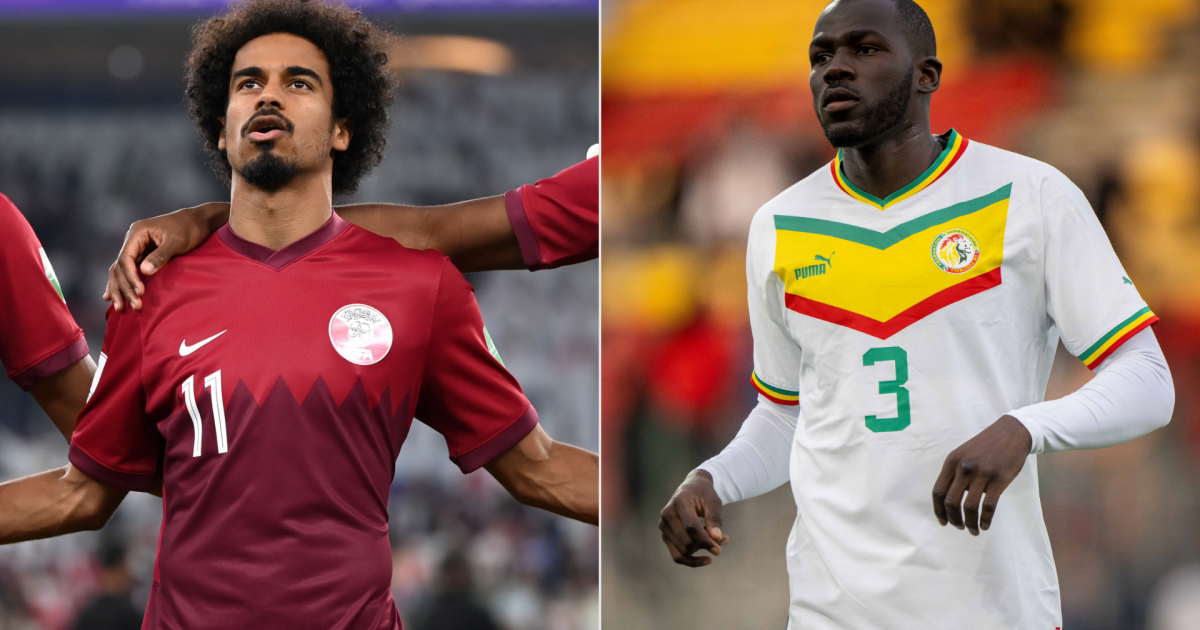 Host nation Qatar will look for a more positive performance to give the home fans something to cheer for as they take on Senegal in their second World Cup group match.

Qatar fell to a 2-0 defeat to Ecuador in the tournament opener, well beaten by an Enner Valencia brace. They move on to face another similar team in Senegal, one that also fell 2-0 to the Netherlands in their first World Cup match.

Those opening matches were somewhat different, despite the identical scorelines. Without Sadio Mane, Senegal were unable to breach a Netherlands defense that stood tall and wore the African nation down across the 90 minutes. Meanwhile, Ecuador hit Qatar with the opposite, punching the hosts in the mouth early with Valencia’s two first-half goals before exiting injured.

Now, it will be up to manager Felix Sanchez to engineer a turnaround and see Qatar push Senegal to the brink.

Following the defeat to Ecuador, Qatar are major underdogs in this match against a similar opponent that can defend, hold the ball, and attack using line-breaking through balls.

The under and both teams not to score are also wildly tilted one way, as bookmakers do not expect this match to provide a significant amount of goals. Senegal could, however, look to run up the score if given the opportunity, as goal differential could come into play should they finish level on points with Ecuador.

Senegal will be well aware of that prospect, as they were eliminated in the group stage on fair plan points in 2018, having exhausted all other tiebreakers between them and Japan. Just one more goal against any opponent would have seen them through, and they’ll want to avoid another close shave with tiebrekers.

Qatar vs Senegal: 3 things to know

The only injury concern for the host nation is one from pre-tournament as midfielder Abdullah Al-Ahrak misses out while recovering from his ACL tear.

Star striker Sadio Mane was ruled out of the tournament for Senegal — a massive blow. The Lions of Teranga will be sweating the fitness of midfielder Chiekhou Kouyate who came off injured in the opener against the Netherlands. Abou Diallo was also struggling for fitness in the opening match, but reportedly returned to training after suffering cramps in the match.

MORE: Full injury tracker for all 32 teams at the 2022 FIFA World Cup

It may well be deja vu as Qatar will again find themselves on the wrong end of a 2-0 defeat. After being soundly beaten by a similar side, the hosts are now staring down a difficult task in the second group match as well.

Qatar managed just 0.32 xG against Ecuador on five total shots, while the South Americans put up just one more shot but three times the expected goals tally. So, while Qatar hardly managed much attacking output, they also settled for poor shots. Against Kalidou Koulibaly and company, it won’t get any easier.

The Senegal attack was neutered by the loss of Sadio Mane, but his replacements are talented enough to put Qatar to the sword.

MORE: How to watch Qatar vs Senegal in World Cup Group A match

With the home fans at their backs, host nation Qatar fell flat on its face, failing to put up a fight in their opening match of the World Cup. It was a massive letdown for the hosts, who were expected to benefit from the “host bump” that normally sees the home side receive an intangible boost with a crowd predominantly in their favor. Instead, Qatar flopped, proving that they just don’t belong in the field.

On the flip side, Senegal put up a good fight against the Netherlands and were done in by poor finishing and a pair of good Dutch goals. Here, Ismaila Sarr and Boylaye Dia should both prove a menace, and see the African side to a crucial three points.