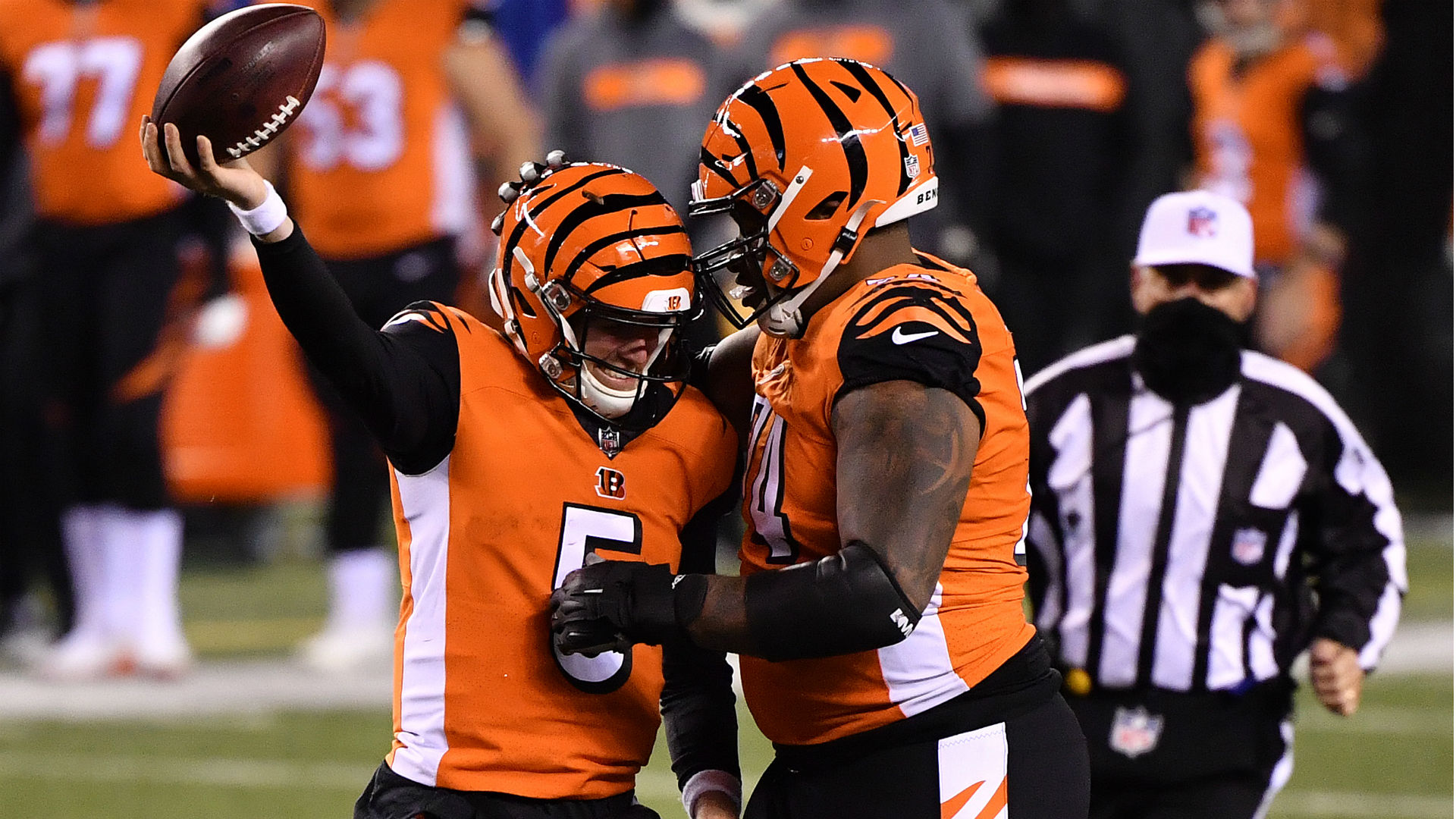 Things have gone from bad to down right miserable for the Steelers in the last three weeks.

Back in Week 13, the biggest problem in Pittsburgh was the loss of an undefeated season at the hands of the Washington Football Team. Now, following an ugly 27-17 loss to the Bengals on “Monday Night Football” in Week 15, the Steelers have dropped three straight and are on the cusp of losing the AFC North.

Of course, Pittsburgh has already clinched a postseason berth. But the Steelers don’t look anything like a playoff team. Ben Roethlisberger is looking more and more like a 38-year-old quarterback each week. He completed 20 of 38 passes (52.6 percent) for just 170 yards with one touchdown and one interception against a Cincinnati team that gave up 30 points to the hapless Cowboys last week.

The big issue for Pittsburgh in the first half was ball security; the Bengals scored all 17 first-points following turnovers, coming up with two fumbles and an interception to give backup QB Ryan Finley a short field to work with.

Finley wasn’t particularly special, completing just 7 of 13 passes for 89 yards and a touchdown, along with a surprise 23-yard rushing TD. But the big key for him was taking care of the football and allowing Giovanni Bernard to make plays at running back. Bernard finished with 25 carries for 83 yards and a touchdown and added a 14-yard TD catch.

The Bengals (3-10-1) don’t get much out of this win outside of some confidence to build into next season. Rookie QB Joe Burrow is out for the season, so they’ll hope this victory doesn’t hurt their draft stock too badly.

The Steelers (11-3) are now just one game ahead of the Browns in the AFC North with two games left to play. They have a tough slate down the stretch as they host the Colts next week before making a trip to Cleveland to cap off the regular season.

11:12 p.m. — TURNOVER ON DOWNS.  Roethlisberger’s pass on fourth down sails over James Washington’s head and falls incomplete. Bengals takes over at the Pittsburgh 24-yard line with 1:52 remaining.

11:09 p.m. — Two-Minute Warning.  Steelers have it but it’s fourth and 10 at their 24-yard line after three-straight incompletions from Roethlisberger.

11:06 p.m. — Bengals punt.  Steelers get the ball back at their 24-yard line with 2:17 remaining. Chance to tie the game, one timeout and the two-minute warning left to stop the clock

10:57 p.m. — TOUCHDOWN, STEELERS.  Benny Snell punches it in from 1 yard out following the defensive pass interference on third down to cut it to 24-17 with 5:32 remaining.

10:30 p.m. — Steelers punt.  Bengals’ defense comes up with the big stop and Cincinnati gets the ball back at its 20-yard line with 2:14 remaining in the third quarter.

10:12 p.m. — Bengals punt.  Finley had a chance for a big play to Tee Higgins but couldn’t connect. Steelers get the ball at their 26-yard line with 10:27 left in the third quarter, chance to make it a one-score game.

10:05 p.m. — TOUCHDOWN, STEELERS.  Roethlisberger goes deep up the right seam to Diontae Johnson for a 23-yard score to cut the deficit to 17-7 with 12:07 remaining in the third quarter.

10:00 p.m. — Bengals punt.  Cincinnati goes three-and-out to start the second half. Steelers get the ball at their 33-yard line with 13:34 left in the third quarter.

9:36 p.m. — Two-Minute Warning.  Bengals have it, second and 8 at their 28-yard line with all three timeouts remaining.

9:25 p.m. — TOUCHDOWN, BENGALS.  Finley completes it over the middle to Bernard, who breaks a tackle and runs it in for the 14-yard TD. Cincinnati leads 17-0 with 4:20 remaining in the half.

9:22 p.m. — INTERCEPTION.  Things get even worse for Pittsburgh. On its best drive of the game, Roethlisberger is picked off by Mackenzie Alexander. After a late hit against the Steelers on the return, the Bengals take over at the Pittsburgh 26-yard line, 5:48 left to play in the first half.

9:00 p.m. — FUMBLE.  Cincinnati’s defense forces another turnover by blowing up the screen to JuJu Smith-Schuster. Bengals take over at Pittsburgh’s 38-yard line with 49 seconds left in the first quarter.

“You’ve got to go out there between the lines, go out there and hit him.” – Vonn Bell when asked earlier about JuJu dancing on the logo

JuJu just got rocked by Bell on the field 😳

8:40 p.m. — FIELD GOAL, BENGALS.  Cincinnati finally gets the  first  first down of the game, but only gains four total yards on the drive following an 11-yard sack of Ryan Finley on third and goal. Austin Seibert hits the 34-yard field goal to make it 3-0 with 5:12 left in the first quarter.

8:35 p.m. — FUMBLE.  Ben Roethlisberger can’t control the snap and Josh Bynes pounces on the loose ball. Bengals take over at the Pittsburgh 20-yard line with 9:15 remaining in the first quarter.

8:29 p.m. — Steelers punt.  That’s three-straight three-and-outs between the two teams to start the game. Bengals take over at their 24-yard line with 10:58 left in the first quarter.

8:20 p.m. — Steelers punt.  Bengals take over at their 26-yard line with 14:00 left in the first quarter. Scary moment there as Derek Watt was lying down motionless after the big hit on the tackle. He’s able to get up and walk to the tent though.