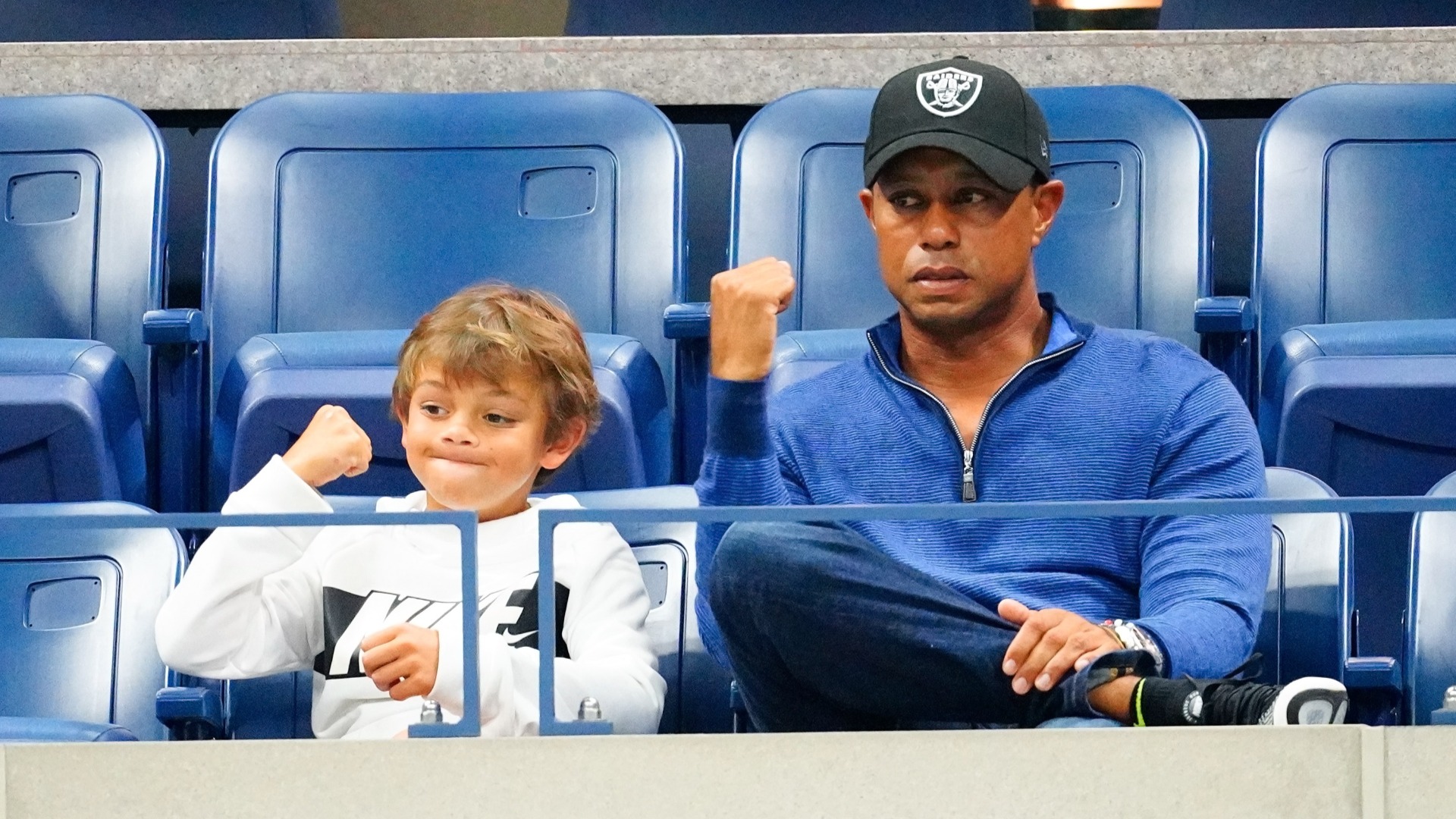 Tiger Woods enjoyed allowing son Charlie to show the world his golf repertoire as the 11-year-old demonstrated an eye-catching game at the PNC Championship.

Playing as a team with his 15-time major-winning father, young Charlie Woods showed he was a chip off the old block with a string of impressive shots at the Ritz-Carlton Golf Club Grande Lakes.

Tiger has been the center of attention often enough to know when that is a fun time, and he was confident Charlie was savoring every minute at the event in Orlando, Fla.

They combined for a 10-under 62, four shots behind Matt Kuchar and his son Cameron, as the 36-hole tournament got underway on Saturday.

A fairway wood from Charlie to around 4 feet set up an eagle chance at the third hole, and the youngster took the putt himself, confidently finding the hole for a 3.

With a style comparable in many ways to his father, Charlie has experience of junior competition but this was a step up.

“It was just making sure we had fun and we did,” said Tiger, reliving the day.

The Woods father-and-son combo played in a group with Justin Thomas and his father, Mike.

“Having the Thomas family out there and to be able to share all these moments . . . the conversations we had all day among each other was priceless,” said Tiger.

As the talent of his son drew attention, he added: “I’ve seen this all along.

“Probably not a lot of people have, but a lot of the shots he’s hit I’ve seen it back home at Medalist this entire year, this entire pandemic.

“He’s hit these shots and at the junior events he’s played in he’s hit a lot of these.”

Tiger said the difference for young Charlie would be sustaining performance for 18 holes in a day and 36 across the weekend, given the junior events he contests are typically played over nine holes.

“He enjoyed being out there. The fact we got off to such a quick start helped,” he said.

Playing in the shadow of a sporting great can carry pressure should any offspring attempt a professional career, but for now Tiger is enjoying seeing his son play uninhibited golf.

“It’s making sure he’s able to have fun playing the game of golf,” he said.

“I really don’t care about my game [this weekend]. It’s about making sure Charlie has the time of his life and he’s doing that.”

And the key message that Tiger relayed was that golf can only be played one way, whether on a private course at home or in the glare of the cameras.

“It doesn’t change,” he said. “Whether you’re playing by yourself, to tournaments, to whether you have millions of people on TV or back home cheering — the shots don’t change.”