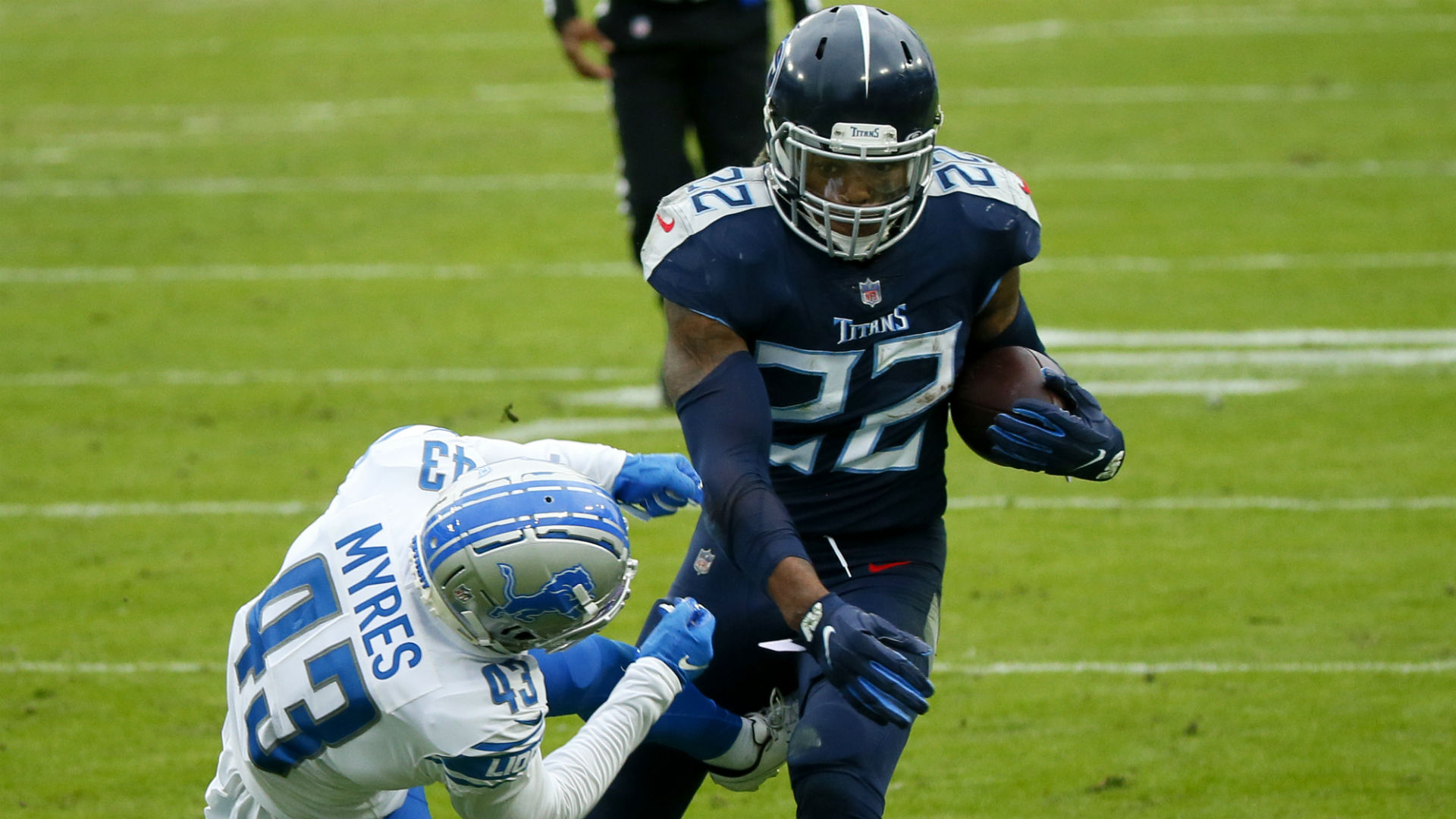 Basketball players refer to “business decisions,” the choice not to jump with a dunker so as not to end up on the wrong side of a poster slam. Football defenders might have to start thinking about business decisions when they contemplate tackling Derrick Henry.

Henry’s latest stiff-arm victim was Lions cornerback Alex Myres. On a first-down carry during the second quarter Sunday, Myres ran with Henry as the Titans’ running back approached the left sideline. Instead of just going out of bounds, Henry slapped his right arm across Myres’ helmet and discarded him out of the way.

“My aiming point is the head because I want to be disrespectful,” Henry told ESPN in October. “I want to throw them to the ground. If you get them good on the head and push them down, they don’t have a chance.”

This isn’t new for Henry, one of the NFL’s biggest running backs at 6-3, 238 pounds. In Week 5, he discarded Buffalo cornerback Josh Norman in a similar fashion. And Henry’s been doing this for a long time, a physical force out of the backfield dating back to days putting up absurd high school numbers.

Henry is in the midst of staking his claim as the best running back in the NFL. At least when it comes to carrying the ball, it’s hard to argue against Henry, who entered Week 15 with a league-leading 1,532 rushing yards and 14 touchdowns. That includes a 94-yard touchdown run in Week 6. Henry’s also shown improvement as a receiver, as he’s on pace to set a career-high in catches.

That being said, football fans may not recognize Henry for his consistent greatness. Playing in Nashville instead of a bigger market will do that to a running back, especially in a pass-happy NFL in 2020. But one thing’s for sure: People won’t soon forget Henry’s stiff arms.