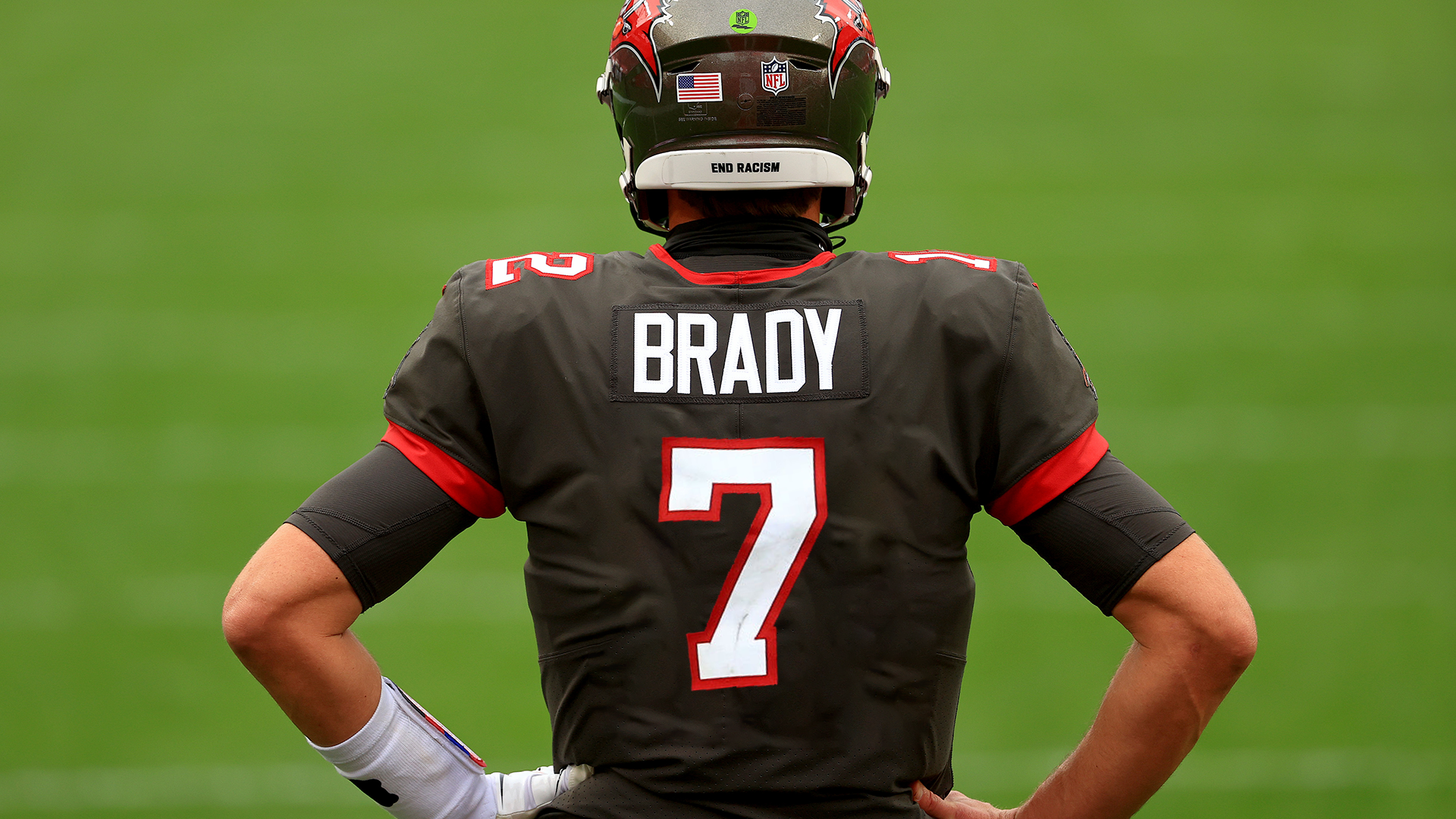 Tom Brady will be wearing his classic No. 12 jersey when the Bucs face the Chiefs in Super Bowl 55, but he was willing to change.

When Brady arrived in Tampa Bay, there was already a player wearing that number. And it wasn’t some random player — it was Pro Bowl receiver Chris Godwin. While Godwin may have been able to force the issue to keep his jersey number, he kindly allowed Brady to wear 12 as he opted to wear 14.

While Brady accepted, he was also willing to change.

MORE: The strangest moments and stories in Super Bowl history

In an interview with NBC Sports’ Peter King on “Football Morning in America,” Buccaneers GM Jason Licht said Brady had a new jersey number in mind if things didn’t work out.

“After we talked and we knew [Brady was going to sign], I said, ‘Hey, there’s one other thing here. It’s a small thing, but maybe a big thing. We have a No. 12 on our team and he’s pretty good — Chris Godwin. What are you thinking about that?'” Licht said, recalling his conversation with Brady. “He said, ‘Oh, he’s a great player. I’m not going to take his number. You know what number I’m thinking of? I’m thinking of taking maybe No. 7. Is that available?'”

When Licht asked Brady why he wanted to pick No. 7 he responded, “Go after that 7th Super Bowl.”

Licht said the two of them eventually worked things out.

In the past, players typically charge other players for taking their jersey numbers. But Godwin said at the time of the change that no transaction had taken place.

“Obviously, if he doesn’t want it, or if he’s not making a big deal out of it, I’m definitely going to keep it. We’ll see how that goes,” Godwin said in March. “I think just out of respect for what he’s done, what he’s accomplished, just kind of the career he’s built for himself, you have to lean into that respect.”

Licht told King he thought it was a cool moment by Brady to be willing to part with the number he’s had his entire career.

“I thought that was pretty cool. He’s got the TB12 brand and all of that,” Licht said.

In the end, Brady obviously retained 12. But it would have been interesting to see him completely switch things up in his move to Tampa Bay.