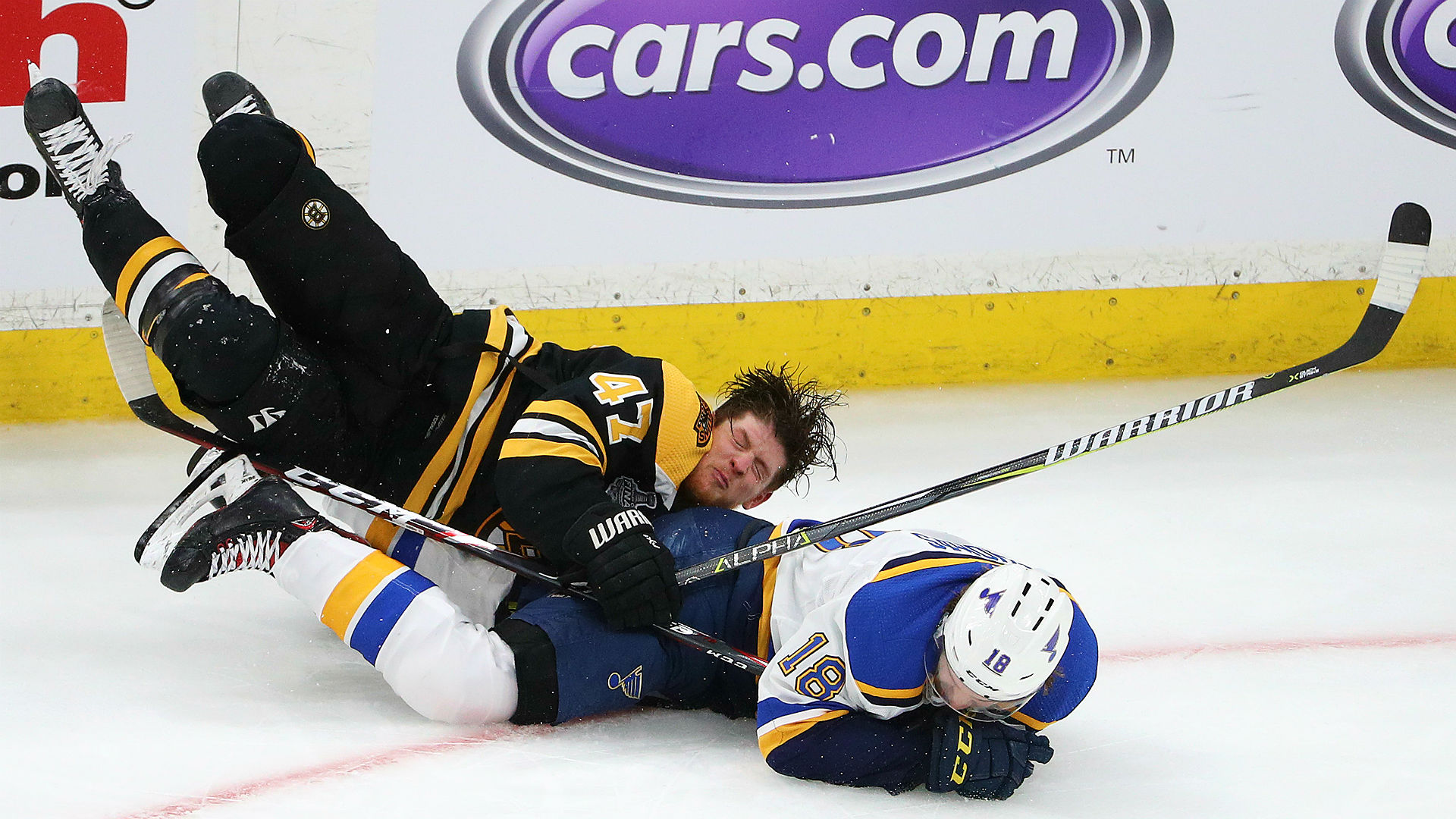 Torey Krug is now a member of the Blues after signing a seven-year, $45.5 million contract on the first day of NHL free agency Friday. He might need to do some fence-mending with his new teammates before and/or during training camp.

Krug angered all of St. Louis with his open-ice hit on Blues forward Robert Thomas while a member of the Bruins during Game 1 of 2019 Stanley Cup Final.

The instant reaction to the hit was that Krug should have been whistled for charging, but no penalty was called.

The check also took Thomas out of that game and the next four of the series — which infuriated the Blues’ fan base. Thomas returned for Game 6 but was not on the ice for Game 7, which the Blues won for their first Stanley Cup title.

Now, Krug has gotten a big-money deal to play for the team he tried to destroy a little more than a year ago.

Thomas kept it light on Twitter after finding out about the signing.

Some fans followed that theme with ideas about how it might look when the two get together for the first time:

Maybe the memory of winning the Cup will ease any lingering tensions. Professionalism will dictate that the two get along on the ice and work toward winning another Cup for St. Louis. But hockey players are also notoroius for holding grudges.

We’re not saying that Thomas should drop the gloves with Krug during practice to settle it once and for all, but it sure would be an entertaining way to put the hit in the past.