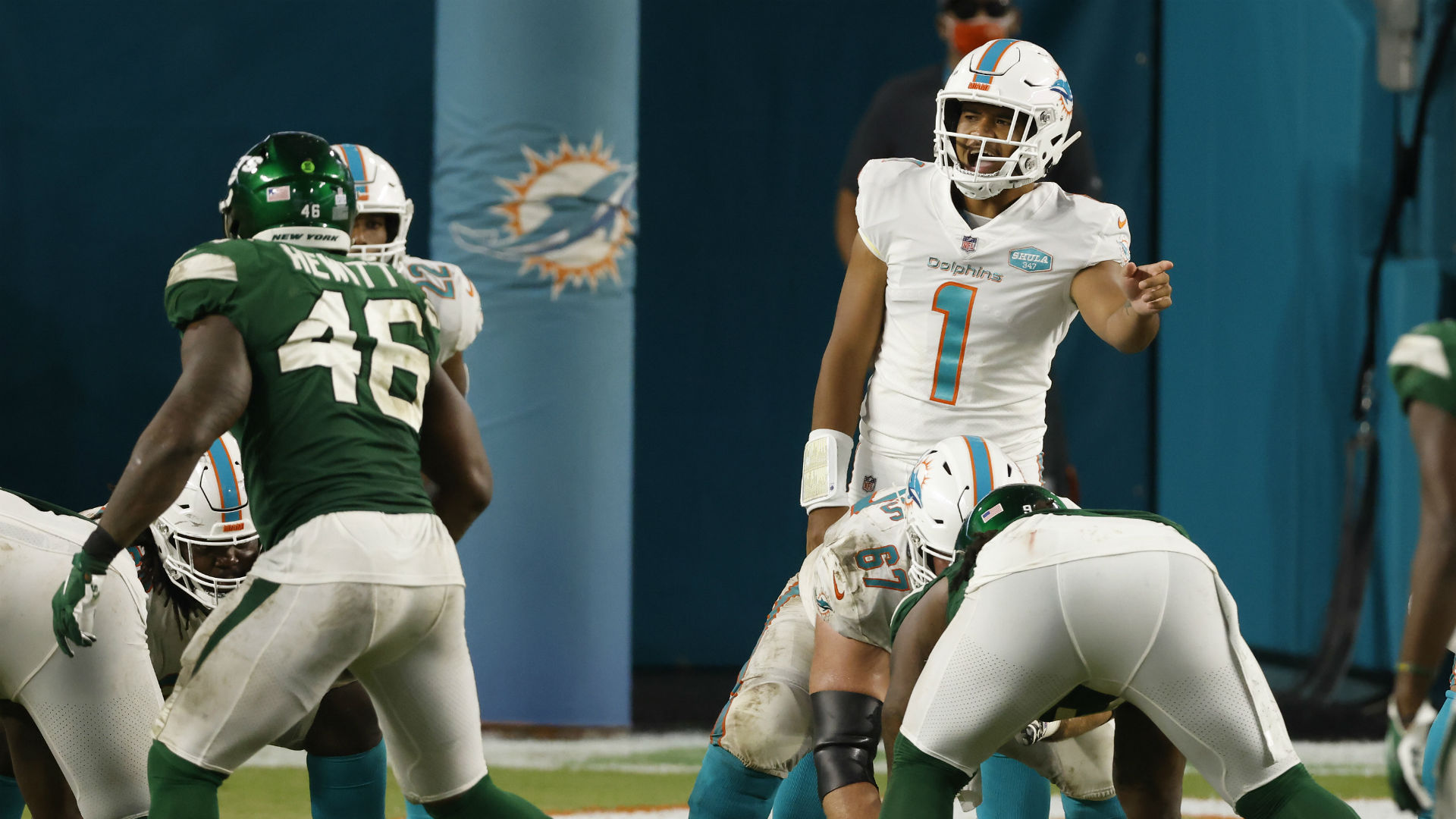 Tua Tagovailoa made his NFL debut Sunday, and after the game ended, he didn’t want to leave the field.

The Dolphins (3-3) defeated the Jets (0-6), 24-0, in Week 6 of the 2020 NFL season, and Tagovailoa played the final drive of mop-up duty for the Dolphins. The former Alabama star and 2020 first-round pick completed both of his attempted passes for nine yards. When the rest of the field had cleared off, reporters could see Tagovailoa from the press box.

“They were happy to see me out there playing again,” Tagovailoa said about the conversation.

Tagovailoa seemed destined to be a first-round pick throughout his time starring at Alabama. But a dislocated hip on Nov. 16, 2019, ended Tagovailoa’s college career prematurely and put the certainty of his NFL debut a bit on hold. The Dolphins have mostly been quiet about Tagovailoa’s health, although his hip injury hasn’t been listed on the injury report since Week 2.

The lack of a preseason meant Tagovailoa would certainly begin the season behind placeholder QB Ryan Fitzpatrick, who has now led Miami to wins in back-to-back weeks. But with the Dolphins cruising past the Jets in Week 6, Dolphins head coach Brian Flores saw an opportunity to get his rookie an NFL debut.

“He was happy to be out there,” Fitzpatrick told media postgame. “I think that was a cool moment for him. Just the reception of him from the fans.”

As Tagovailoa took the field late in the fourth quarter, Fitzpatrick waved his arms into the air on the sideline to pump up the socially distanced Miami crowd. Tagovailoa handed off once before completing a 2-yard pass in the flat to Patrick Laird for his first NFL completion. The southpaw threw seven yards to Jakeem Grant on the next play to complete his statline.

Tagovailoa became the first left-handed quarterback to complete a pass in the NFL since Week 17 in 2015, when Kellen Moore was throwing his final passes in the league for the Dallas Cowboys. While Fitzpatrick will certainly remain the Dolphins’ starter for now, Tagovailoa’s NFL career is officially underway.

Sunday won’t be the last time Tagovailoa spends time on an NFL field, but it was his first time. He made sure it lasted a few seconds longer than the clock hitting 0:00.