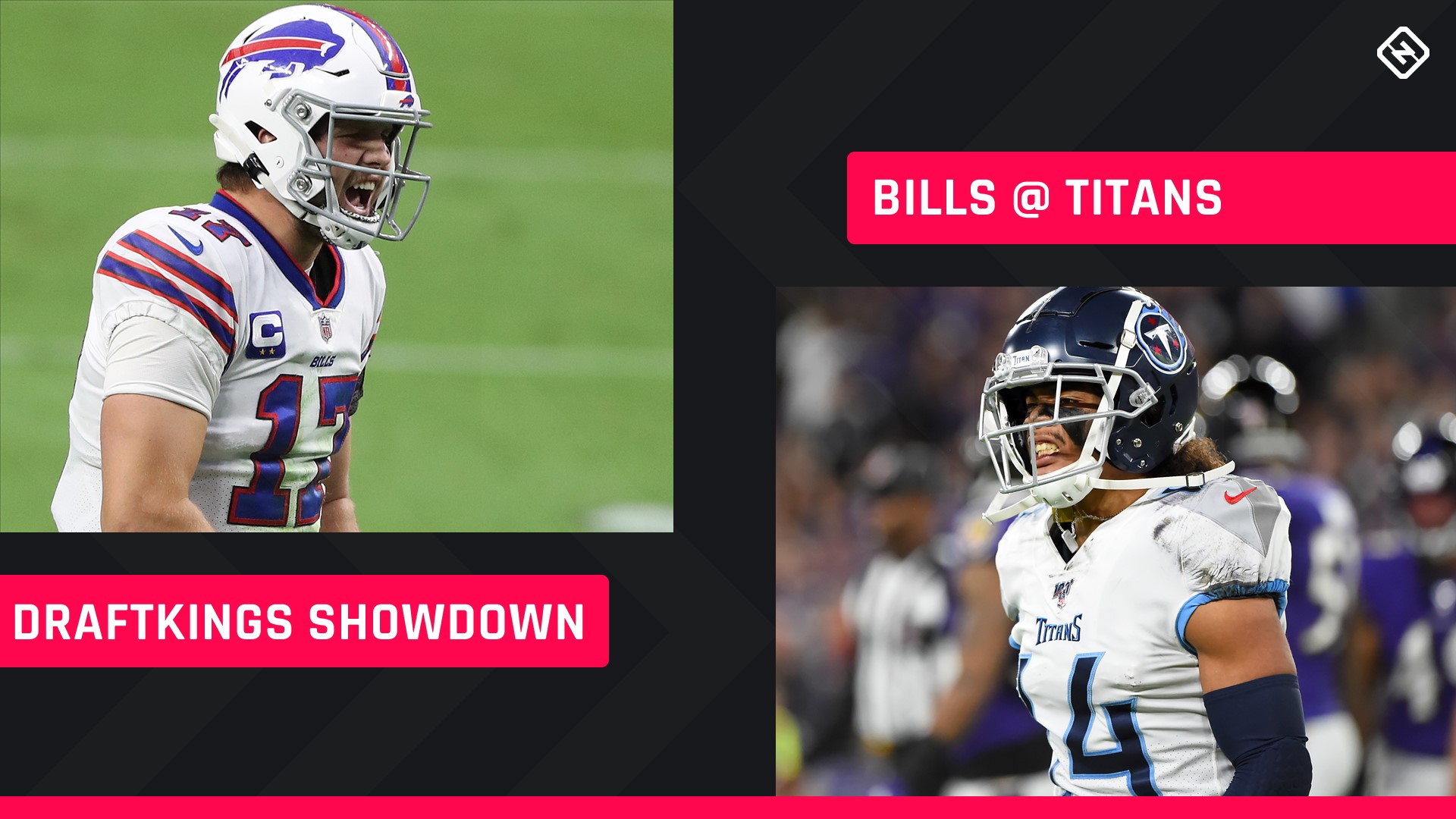 Tuesday night is the scene for an NFL game for the first time in a decade when the Bills play the Titans. The most exciting part of that is a bonus DraftKings Showdown lineup to close out Week 5. With the Titans coming off limited practice time and missing players on the COVID-19/reserve list, we’re going Bills-heavy with our picks.

That starts right at the top with Josh Allen as captain. Playing him, Stefon Diggs and Derrick Henry is expensive, but there was enough value to be found in the lower reaches of the slate to make our top-tier trio a must play for Tuesday night.

Allen is the highest-priced player on this slate by a wide margin, and it’s also a totally fair margin. His lowest DK points outing of the season was 25.4, and he’s been over 30 the other three times. Allen is fond of a little hero ball near the goal line, and he also has a great deep ball, so we’ll bet on him keeping up his strong play.

It’s anyone’s guess to how the Titans approach this game, but the safest bet is that they try to control clock by pounding Derrick Henry, especially with a potentially depleted receiver corps. It makes more sense to invest heavily in Tennessee’s running game off limited practice time than its passing game

Diggs has been phenomenal with Allen since joining Buffalo, so it makes sense to get this high-priced Bills stack into our lineup. Any breakdowns in Titans coverages could result in a monster play or two for Diggs.

We’ve stuck with Raymond through his low-priced days, and now he’s finally growing up into a mid-tier player. What a proud moment for us. In all seriousness, Raymond will be either the No. 2 or No. 3 WR for Tennessee on Tuesday, and with his tendency to just run go routes, all it takes is one connection for him to pay off.

Check back to make sure Moss (toe) is active, but he practiced in full Saturday, which is encouraging. Moss saw 12 touches in Week 1 and eight in Week 2 before being hurt, so you can probably count on double-digit touches for Moss here, making the wide gap between Devin Singletary and him something you should definitely exploit by playing Moss.

Note: If Moss is ruled out, the unexciting but logical pivot is to Bills tight end Tyler Kroft. You could also take a longer shot stab on Titans WR Nick Westbrook-Ikhine.

Whenever our lineup includes a pricey captain, we usually find a way to play a cheap gadget player. That’s McKenzie for the Bills. He’s had multiple touches in every week this season, and his speed is bound to break one to the house sooner rather than later. Buffalo also likes using McKenzie on those in-motion pop passes, so if he scores, it could very well also be on a “pass” from Allen.