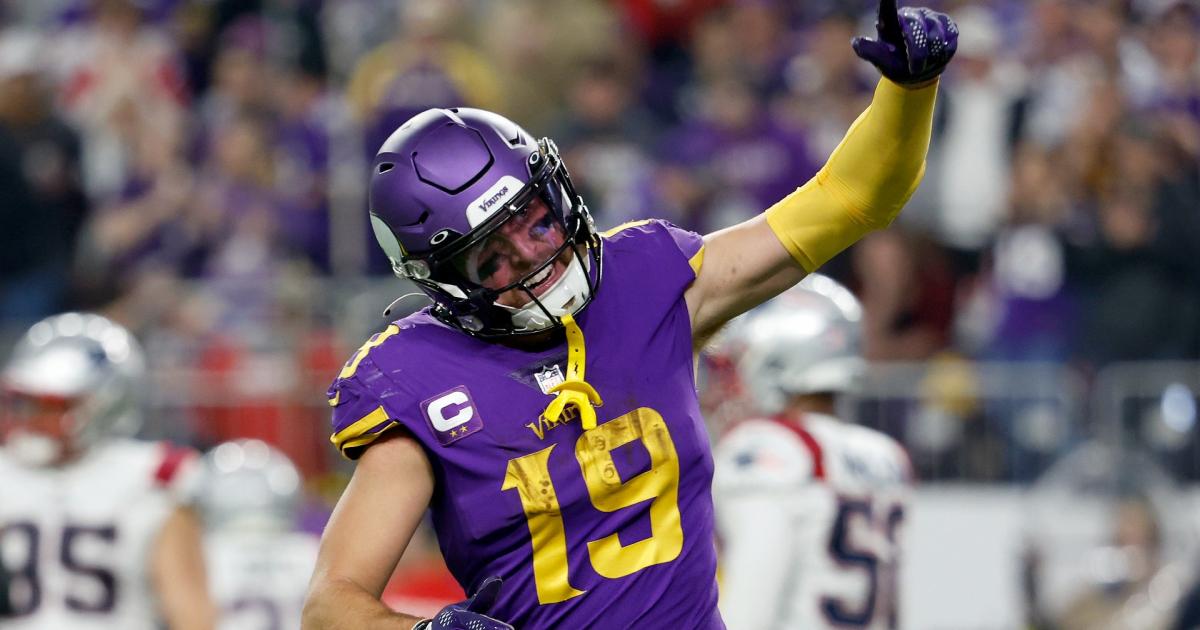 NBC must have hired Catherine to cook the turkey for the final game on Thanksgiving.

Following the Vikings’ 33-26 victory over the Patriots on Thursday, Minnesota wide receiver Adam Thielen tried some celebratory turkey leg during his postgame interview with NBC’s Melissa Stark. It certainly appeared he was unable to finish it.

“To be able to play here on Thanksgiving at home, all the family here ready for a Thanksgiving dinner tomorrow night — as I’ve got turkey in my mouth,” Thielen said as he tried to chew. “It’s a little dry.”

Turkey was too dry, Thielen spit it out 😂 pic.twitter.com/MgYIMDXRCd

MORE: Why Hunter Henry’s touchdown was overturned on review

As Stark explained, this is the one night players can speak with their mouthes full, Thielen appeared to step aside and spit out the turkey on the field to fix the problem.

Cousins said he had been eating and started to take a small bite as he held a turkey leg in his hand.

Those weren’t the only odd moments from the interview. Justin Jefferson said he needed to take out his grills to sample the turkey.

Justin Jefferson needs to take his grills out. 😂 @melissastark celebrates with the team after a big win on Thanksgiving. #SKOL pic.twitter.com/2P8LxfvJXX

Cousins said he was going to follow Jefferson’s lead, and that he might need to get some grills next, but he would need to call his dentist first.

“I don’t know if my dentist gets a lot of requests for grills,” Cousins said.

“I gotta call my dentist. I don’t know if my dentist gets a lot of requests for grills.”

MORE: Josh Allen says he’s ‘got to be that guy’ as he plays hurt

Those three might not have been too interested in eating the turkey, but defensive back Patrick Peterson was going to make sure he had some for dinner before leaving U.S. Bank Stadium.