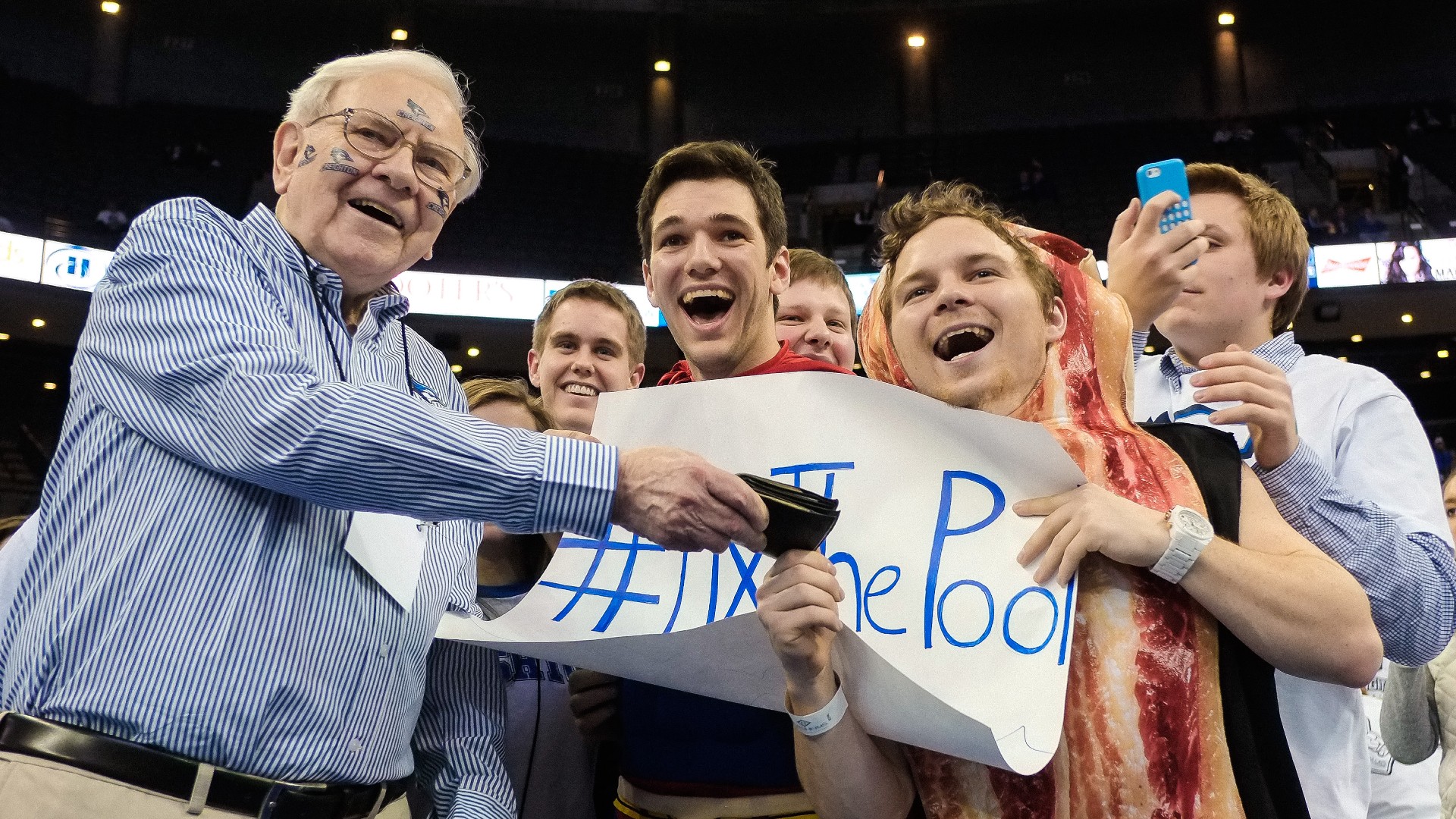 There’s nothing more exciting than entering an NCAA March Madness bracket pool with a high-end grand prize. Are the chances of winning that prize very good? No. In fact, they’re astronomically low. But more than anything else, those contests are about believing that your bracket has a slim chance to be perfect.

Perhaps the most famous and noteworthy bracket challenge of the last decade is Warren Buffett’s March Madness bracket challenge. Buffett, a self-made billionaire who founded the Berkshire Hathaway company, has been running the contest on an annual basis and giving his employees — and on occasion, the public — a chance to profit from a perfect bracket. And, of course, there are smaller cash prizes available for the best brackets when a perfect one is inevitably not selected.

Here’s what to know about the Warren Buffet March Madness bracket challenge before the 2021 NCAA Tournament tips off.

What is the Warren Buffett March Madness bracket challenge?

The Warren Buffett March Madness bracket challenge is an annual contest held by billionaire Warren Buffett that awards massive cash prizes to anyone who can predict a perfect bracket for the NCAA Tournament. It started as a competition among Buffett’s Berkshire Hathaway employees, but at various times over the past decade, the contest has been open to the public (that isn’t the case in 2021).

The rules have generally been simple: If you pick a perfect bracket, you walk away with $1 billion from Buffett. The cash prizes have varied by year, as have the rules, and there are incentives for getting the most consecutive picks correct to start the tournament and for correctly selecting the entire first and second rounds. During the 2021 edition of the bracket challenge, there will also be a bonus paid out depending on how far the Creighton Blue Jays — who hail from Omaha, Neb., Buffett’s hometown — advance in the tournament.

How to play Warren Buffett’s bracket challenge in 2021

In the past, Buffett’s contest has been free for the public to enter on Yahoo and other platforms. However, the contest will be limited to only Berkshire Hathaway employees in 2021. Perhaps Buffett will bring back the contest to the public in future years, but for now, bracketologists will have to watch from afar.

The odds for having a perfect bracket for the NCAA Tournament are only 1 in 9.2 quintillion, rounded down. To put that into context, you’re more likely to hit four holes-in-one in a single round of golf than you would be to create a perfect bracket.

That said, according to DePaul professor Jeff Bergen, if you know something about basketball, the odds are closer to 1 in 128 billion. Still, that puts the odds of finding a perfect bracket at less than 1/4 of 1 percen t… and that chance would only be so high if every since person in the United States filled out a bracket.

In short, the numbers are astronomically high and indicate that it’s borderline impossible for anyone to get a perfect bracket.

Has anyone ever had a perfect NCAA bracket?

Nobody has ever had a perfect March Madness bracket. However, during the 2019 NCAA Tournament, Greg Niegl set a record for the most accurate NCAA breaker. Niegl was perfect through the tournament’s first 49 games, and his first loss came during the Sweet 16, when Purdue was able to unseat Tennessee in overtime.

Before Niegl’s record-setting year, the longest a verified bracket had ever stayed perfect was through 39 games.

Buffett has put a $1 billion prize on the line before for a perfect bracket, but this year, the prizes are smaller but more attainable. Berkshire Hathaway will award $100,000 to the employee who picks the most games correctly before an incorrect choice. However, that prize money will be upped to $1 million if the employee picks every first-round game correctly, and if they pick every second-round game correctly as well, that employee will receive a $1 million annual payment for the rest of their lives.

Also, if Creighton makes the Final Four, the winner’s prize money will double. Creighton is located in Omaha, Neb., Buffett’s hometown, so it’s only fitting that the “Oracle of Omaha” would be pulling for the Blue Jays in the tournament.

Other competitions across the web have some solid prizes, but they don’t have the high-stakes incentives like Buffett’s contest does. Yahoo’s grand prize is $10,000 plus an MGM Resort – Las Vegas vacation package. ESPN’s grand prize is a trip to the Maui Invitational and an Amazon gift card. Perhaps the best of the bunch is U.S. sportsbook MGM’s $2 million prize for selecting a perfect bracket.

As of 2021, Warren Buffett’s net worth amounted to $96.1 billion, according to Forbes. He ranked fourth-highest among the richest people in the world on the Forbes 400 list for 2020. He was worth $73.5 billion at the time of those rankings. The three people ahead of him were Amazon founder Jeff Bezos ($179B), Microsoft founder Bill Gates ($111B), and Facebook founder Mark Zuckerberg ($85B).