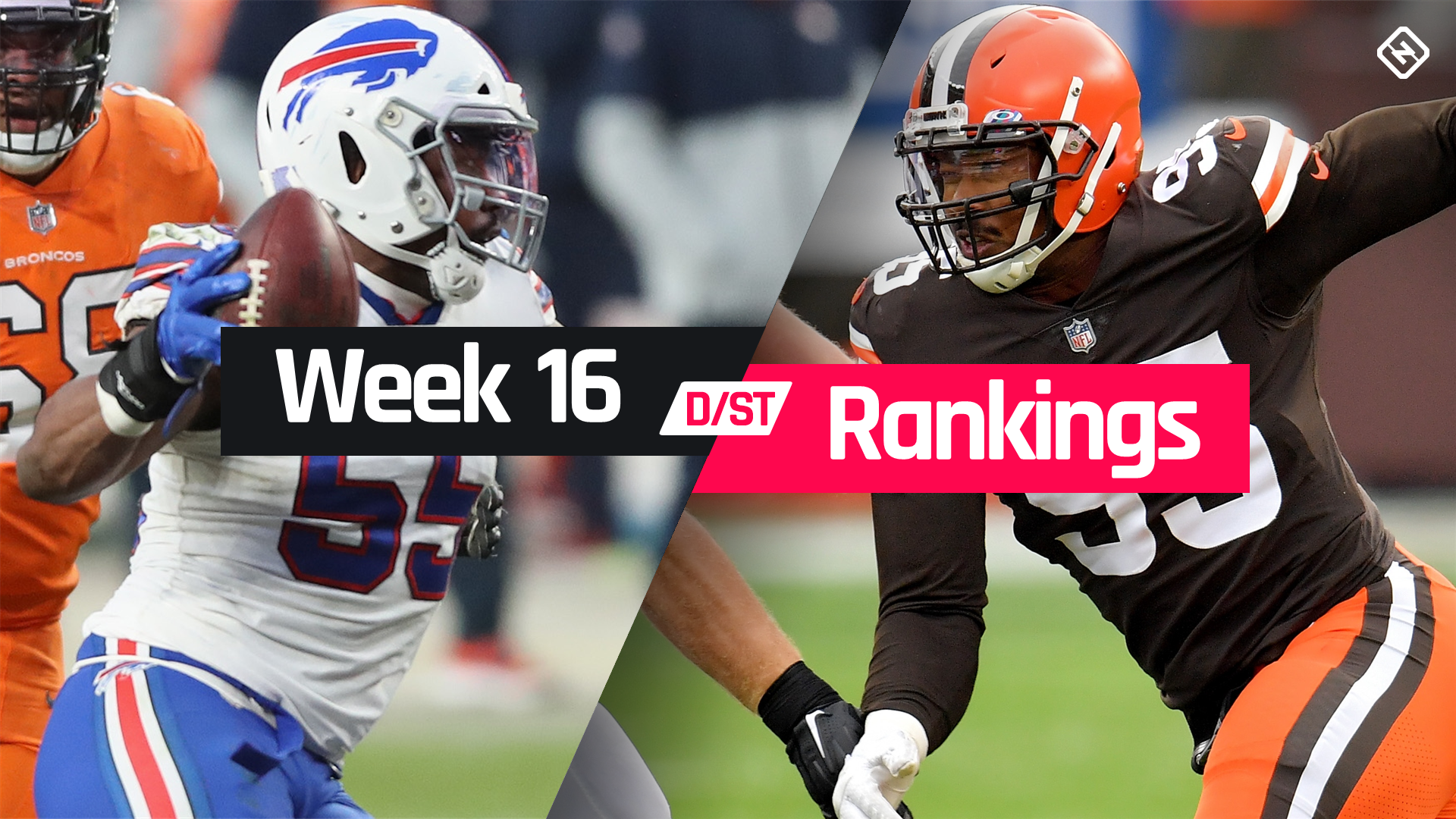 With the final round of the fantasy football playoffs here, owners will be stressing about all of their start ’em, sit ’em decisions. One of the toughest will be at D/ST, as many owners have relied on streamers and sleepers at the position for most of the year. Our Week 16 fantasy defense rankings can help you figure out who to trust in your quest for a fantasy championship.

As always, the debate at this point in the season is about whether to start a defense that has consistently performed well or to stream a D/ST in a good matchup. With defenses, it’s usually best to trust the matchup-based streamers. Of course, there are still some top-tier D/STs who also have favorable matchups. For example, the Ravens (vs. Giants) and Bears (@ Jaguars) both are taking on offenses that have struggled this year, while the Dolphins (@ Raiders) get to face a mistake-prone backup QB (Marcus Mariota). All should be positioned to be top defensive units and rack up some sacks and turnovers.

Beyond them, there are plenty of worthwhile streamers. Most notably, the Browns (@ Jets), Cardinals (vs. 49ers), and both sides of the Washington-Carolina game can be trusted as starting units. The Browns are playing a Jets offense that ranks last in scoring and total yardage this year. The Cardinals, meanwhile, are taking on Nick Mullens and a beat-up 49ers offense. They should be able to get pressure on him with Haason Reddick and Co. and force him into some turnovers.

As for the Washington-Carolina game, Washington’s defense has been on the rise in recent weeks and has a high sack floor because of the pressure that Chase Young, Montez Sweat, and others have generated. They will get some heat on Teddy Bridgewater behind the Panthers’ below-average offensive line. On the other side, the Panthers will either be facing Dwayne Haskins or Alex Smith. Neither has been dynamic this year, and after the Panthers allowed just three second-half points to the Packers, trusting them in this matchup should be an easy sell.

In terms of defenses to avoid this week, the Patriots (vs. Bills) have played well at times this season, but they’re hard to trust against one of the NFL’s best offenses. The Seahawks (vs. Rams) are in a similar boat, as their defense has been much better in recent weeks, but they’re taking on a multi-dimensional Rams offense. Jared Goff is always at a risk to implode, but banking on that happening in the fantasy championship is a big-time risk. The Rams (@ Seahawks) also present more of a risk than usual, and while they should be able to rack up sacks, they might not do much more. The Colts (@ Steelers) also have a much lower ceiling than most weeks.

NOTE: Check back for updates throughout the week.