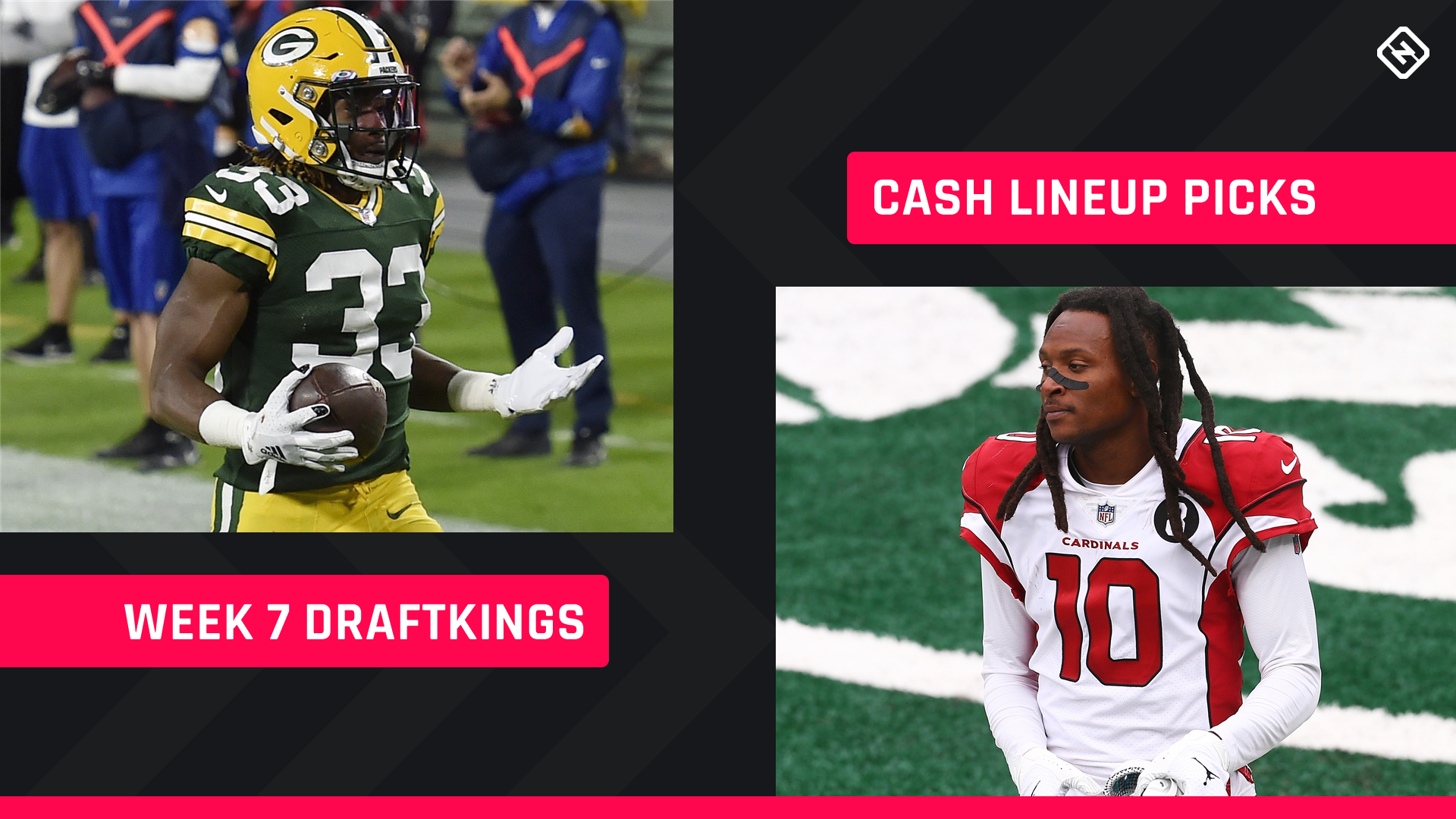 The Week 7 NFL DFS slate is shaping up to be a good one for tournaments, but it’s a trickier one for cash game lineups. There are plenty of high-floor players on the slate, but many of them are on the expensive side. If you want to get them, you’re going to have to spend up. That will mean settling for some mid-/low-tier values and taking on some risk. That’s not necessarily ideal, but it’s the strategy we’re going with in our DraftKings cash lineup.

Usually, it’s better to spread money around in cash lineups. You can spend up a bit at some positions, but taking the top overall player at RB or WR usually creates a lineup hole. However, we are doing just that this time around thanks, in part, to an excellent matchup for the top receiver on the slate and some good value at TE and QB. Spending down there helped us to afford a couple of top players while avoiding playing too many boom-or-bust options.

QB Gardner Minshew, Jaguars @ Chargers ($5,900). Minshew has been one of the most consistent quarterbacks in fantasy all year, and in five of his six games played, he has totaled multiple TDs. He has also averaged 280 passing yards per game, so he has a very high floor. The Chargers have a solid defense, but they have, surprisingly, allowed the third-most fantasy points per game (FPPG) to QBs this season (24.5). Minshew should take advantage of that and is a good spend-down option for cash games.

RB Aaron Jones, Packers @ Texans ($7,200). We wanted at least one of the higher-priced RBs here, and Jones has the best matchup of the bunch. He’s playing against a Texans team that has allowed an NFL-high 969 rushing yards this season, and they were just trampled for over 200 yards by Derrick Henry. Jones is coming off a down game against the Buccaneers (10 carries, 15 yards, one TD), so he should be primed to bounce back in a much more favorable spot.

RB D’Andre Swift, Lions @ Falcons ($5,400). Swift was one of our sleeper picks in DK tournaments last week, and this week, we’re trusting him as a high-floor option in cash games. It’s hard to predict what Matt Patricia will do with his RBs, but Swift had 17 touches, 123 total yards, and two TDs against the Jaguars last week. This week, he gets to face a Falcons team that has allowed a league-high four receiving TDs to RBs. That makes him a better fit than Adrian Peterson to produce in this one given his versatility, so he should get a big workload once again even if he is only playing about 40 percent of the offensive snaps.

WR DeAndre Hopkins, Cardinals vs. Seahawks ($8,200). We’re trusting D’Andre and DeAndre is this one. Hopkins hadn’t had two or fewer catches since 2016 before being stymied most of the night against the Cowboys. He still put up 9.3 DK points, but it was a disappointing outing for him considering the matchup. That said, Hopkins now gets to take on a Seattle team that is giving up a whopping 64.2 DK FPPG to WRs this year. That’s nearly 15 more than the team that allows the second most, the Vikings. Hopkins should bounce back, and Kyler Murray will continue to look his way often during the contest (Hopkins averages 10.2 targets per game).

WR Tee Higgins, Bengals vs. Browns ($5,300). Higgins is averaging 7.6 targets per game in his past five outings and has been able to log double-digit DK points in all of those outings. He’s fresh off his first 100-yard game as a pro, and he should have a chance to continue to do well moving forward. The Browns have allowed the fourth-most yards to WRs this year, so Higgins could be in for a big week.

WR Keelan Cole, Jaguars @ Chargers ($4,700). Per usual, we’re stacking our quarterback with one of his top receivers. While DJ Chark is probably the better of the two Jaguars starters, Cole has averaged 6.3 targets per game and is coming off a 143-yard outing against the Lions. The Chargers have been middle-of-the-pack against receivers this year, and if they focus more on slowing down Chark, Cole could have another nice game.

TE Austin Hooper, Browns @ Bengals ($4,000). In three straight games, Hooper has at least 10.2 DK points. He has seen nearly eight targets per game in that span and appears to be emerging as Baker Mayfield’s No. 3 target. The Bengals have allowed the third-most receiving yards to TEs this year at a mark of 404, so Hooper is a good mid-tier option at the TE position. Spending in this range at TE allows us to spend up for Jones and Hopkins, so this seems like a good move.

FLEX Adam Humphries, Titans vs. Steelers ($4,600). Humphries is averaging 6.5 targets per game so far and has double-digit DK points in three of his four games played this year. Humphries could soak up more targets than usual if Jonnu Smith (ankle) is out. Either way, Humphries should continue to see a consistent role in the Titans offense and is a good value flex with a high floor.

D/ST Buffalo Bills @ Jets ($4,700). Paying up for top defenses doesn’t always work, but this is a situation in which it should. The Jets have been awful this season and were just shut out by the Dolphins in Week 6. The Bills have had their share of struggles in recent weeks against the Titans and Chiefs, so they should be motivated to end their losing streak and should do so against the Jets, especially if linebacker Matt Milano returns to action.