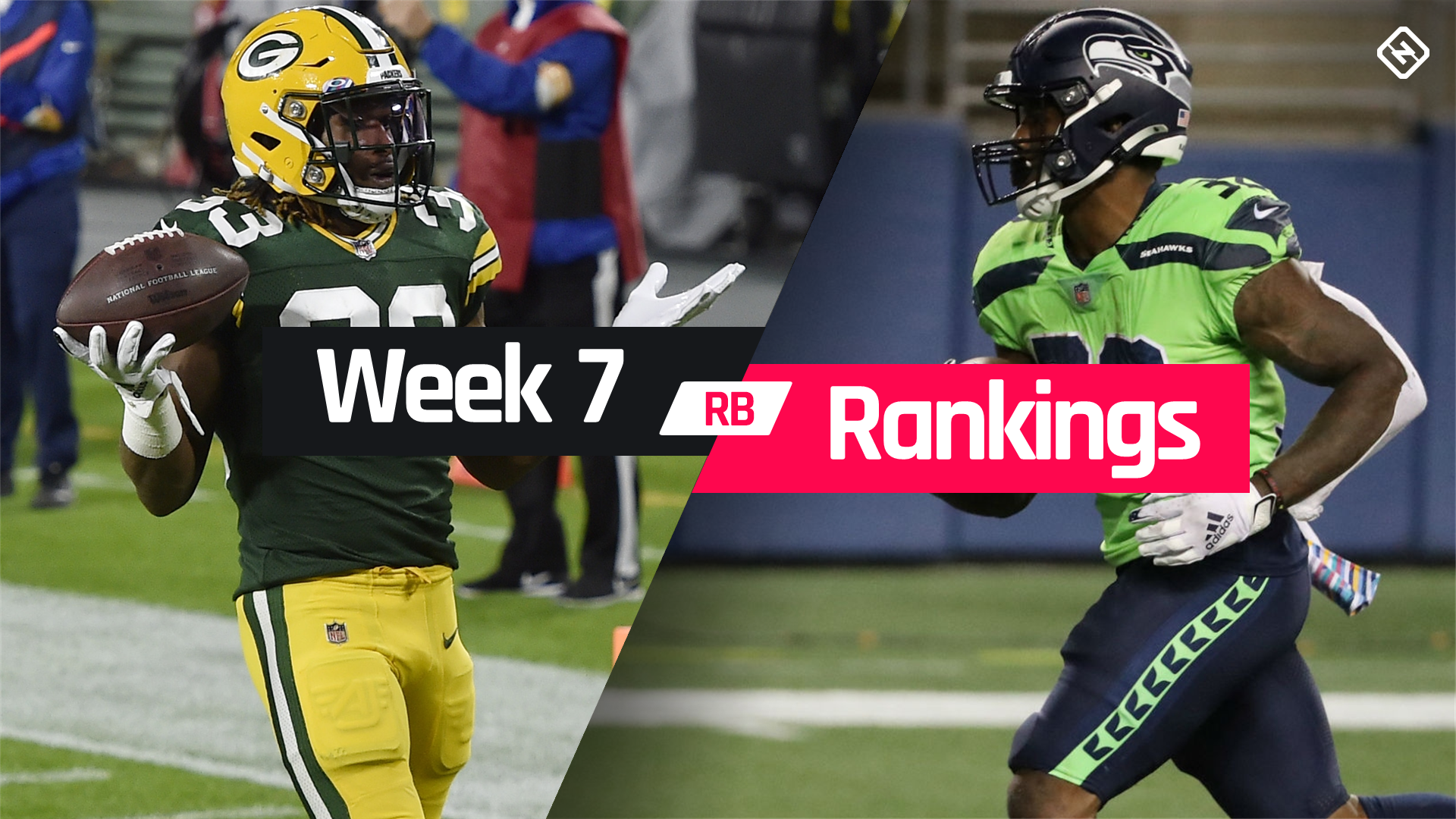 Heading into Week 7, a good chunk of fantasy owners have to be ecstatic that they’re getting some of their top running backs back from byes. Alvin Kamara, Josh Jacobs, Chris Carson, Joshua Kelley, Justin Jackson, and Latavius Murray were all off last week, but they’re back in our Week 7 fantasy RB rankings, adding strength to the top tier. The middle tier takes a bit of a hit, though, as the Week 7 byes take away several key backs, and increased competition for touches causes a few more RBs to drop.

The Colts, Ravens, Dolphins, and Vikings are all off this week. That means no Dalvin Cook, Alexander Mattison, Jonathan Taylor, Mark Ingram, JK Dobbins, Gus Edwards, and Myles Gaskin. Cook and Taylor have been must-starts when healthy, and Ingram and Gaskin have been key RB2s/flex backs. Edwards, Dobbins, and even Mattison have been able to fill in at flex in a pinch, too.

It also doesn’t help that more RB committees are emerging across the league. Melvin Gordon and Phillip Lindsay are sharing work for the Broncos, and with Zack Moss back, he and Devin Singletary are splitting time for the Bills. In Kansas City, Le’Veon Bell will now be taking some touches away from rookie Clyde Edwards-Helaire. Perhaps even more unexpectedly, J.D. McKissic has been stealing touches from Antonio Gibson the past two weeks in Washington. This makes it more difficult to find true RB2s, so fantasy owners may have to gamble on some high-upside flexes this week who they may not otherwise go for.

For that reason, it could behoove fantasy owners to trust the Lions’ backs in Week 7. Adrian Peterson and D’Andre Swift should both be RB2/flex plays against a weak Falcons defense. Additionally, Chargers backs Justin Jackson and Joshua Kelley can be utilized in lineups against the Jaguars. The Chargers may ride the hot hand, but both should get plenty of touches and be flex plays, at the very least.

Per usual, we’re not liking the Jets’ backfield much this week. Frank Gore could be a volume-based flex in standard leagues against the Bills because of the byes, but he hasn’t posted a big game yet this year. It’s only a matter of time before rookie La’Mical Perine takes over for him, but you can’t trust the young guy yet either. If you can avoid starting either player, do it. The upside just isn’t great enough with Gore and the floor is too low for Perine right now.

Reminder: As always, we expect to make plenty of changes to these RB rankings throughout the week, so check back for updates and analysis.

These rankings are for non-PPR leagues.