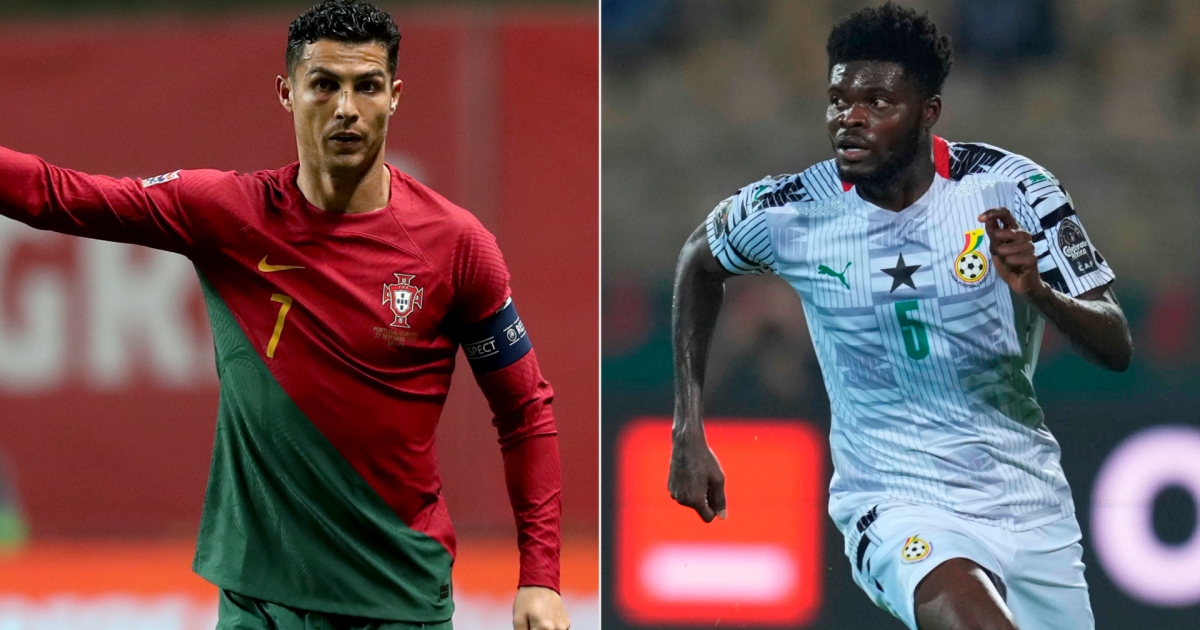 Cristiano Ronaldo gets his 2022 World Cup under way as he leads Portugal into Group H play against Ghana.

The 37-year-old superstar opens his 2022 tournament just days after his Manchester United contract was canceled amid turmoil around his dedication to the team. He now must take the field hoping to persuade another club to sign on, even with his former United teammate Bruno Fernandes a big part of his international side.

Ghana, meanwhile, are the weakest team by FIFA rankings in the entire tournament field, sitting at 61st in the world. They also sport the youngest squad in the entire World Cup.

It’s a big day of World Cup games, with tournament favorites Brazil also in action, and The Sporting News brings you all the details you need to watch the game on TV in the USA.

What channel is Portugal vs Ghana on today?

Fans in the USA can watch Portugal vs Ghana on TV in English or Spanish. Fox has the English-language rights, while NBC has the Spanish-language broadcasts. Fox will place the game on FOX, while NBC will show the game on Telemundo.

All fans need to do is look up ‘FOX or ‘Telemundo’ on their cable, satellite, or telco operator.

If you can’t do it on your remote control, further below is a website link to each of the major TV operators in the USA where fans can find the channel assignment.

On Thursday, there are a full slate of four games games as tournament favorites Brazil and their South American rivals Uruguay are both in action among the matches.

How to watch the World Cup in the USA

The 2022 World Cup will be televised in the United States in English by Fox Sports and in Spanish by Telemundo.

For English-language coverage, Fox will spread the matches across its family of channels, including FS1 and FS2. Fox’s play-by-play coverage is led by their A-Team of John Strong and Stu Holden. Rules analysts Dr. Joe Machnik and Mark Clattenburg will be on hand to analyze refereeing decisions.

For Telemundo’s Spanish-language coverage, the lead play-by-play broadcaster will be none other than the legendary Andres Cantor, covering his 12th World Cup. He will be partnered with former Mexican national team player Manuel Sol. Other play-by-play broadcasters for Telemundo coverage include Copan Alvarez, Sammy Sadovnik, and Jorge Calvo. They will all be partnered with analyst Eduardo Bsicayart, who will be covering his fifth World Cup.

What time do 2022 World Cup games start in the USA?

The first two games of the tournament will feature one and three games respectively, and then every matchday will feature four games all the way through the conclusion of the group stage on December 2.

For the knockout stage, all matches will kick off at one of two possible start times.

What channel is FS1 and Telemundo?

The Sporting News has compiled a list of popular cable, satellite and telco providers, with each company’s link to their channel finder.

In some cases they will ask for a zip code to provide local channel assignments, which are different from region to region.

What channel is the World Cup on DirecTV

DirecTV will have every 2022 World Cup match since Fox, FS1, Telemundo, and Universo are all carried by the satellite company.

There are specific channel assignments for different areas which can be found by inputting a zip code on the official DirecTV channel finder page which is found here.

What channel is the World Cup on Spectrum?

The four TV channels carrying live World Cup matches in the USA are all available on Spectrum.

The cable company has an online channel finder for users, and all it needs is a zip code to provide the specific channel assignments for Fox, FS1, Telemundo, or Universo.

Fox, FS1, Telemundo, Universo are all carried on Verizon Fios, but the specific channel listing depends on the area.

Fios provides a channel finder and lineup online, and it requires fans to input their zip code.