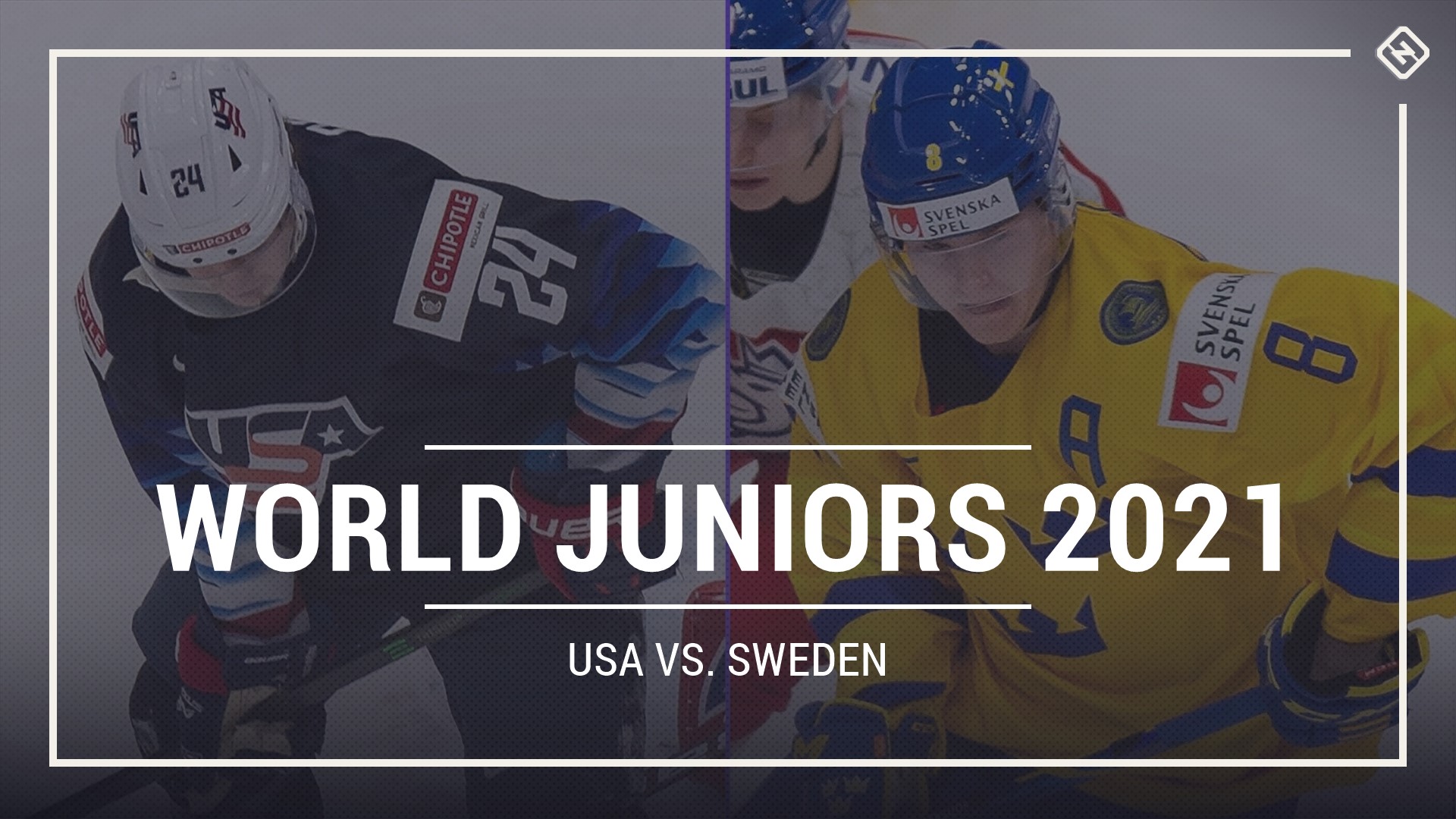 It’s all about positioning in a New Year’s Eve matchup between two hockey powerhouses. The United States and Sweden are guaranteed spots in the quarterfinal round of the 2021 IIHF World Juniors, but who they’ll see comes down to just 60 minutes of action.

Team USA’s spirits are high after bouncing back from a 5-3 loss to Russia with two lopsided wins over Austria (11-0) and the Czech Republic (7-0). Trevor Zegras has been a force with 10 points (five goals, five assists) in just three games while captain Cam York has chipped in six points, including five helpers. Against the Czechs, the Americans also got goals from Arthur Kaliyev and Cole Caufield and a strong performance in net from Spencer Knight; if head coach Nate Leaman can get those guys sparking, the United States could be ringing in the new year on a roll.

It’s not an easy meeting, however. Sweden is a force, led by the noisemaking “Terror Twins,” Alexander Holtz and Lucas Raymond. Throw in the blue line of Philip Broberg, Victor Soderstrom and Tobias Bjornfot and the U.S. will definitely have its hands full. Plus, Sweden lost its first game in about 15 years with Wednesday night’s overtime loss to Russia (now 54-1 record) and will be looking to avoid consecutive losses.

If the United States wins in regulation, they’ll take Group B.

Here is how to catch the 2021 IIHF World Juniors Group B meeting between the U.S. and Sweden.

How to watch USA vs. Sweden

USA vs. Sweden: When is puck drop?

Which teams are in the 2021 World Junior Championship?

Ten teams, divided into two groups of five, are participating.

Who has won the IIHF World Junior Championships in the last 10 years?

Which countries have won the most medals at the World Junior Championship?