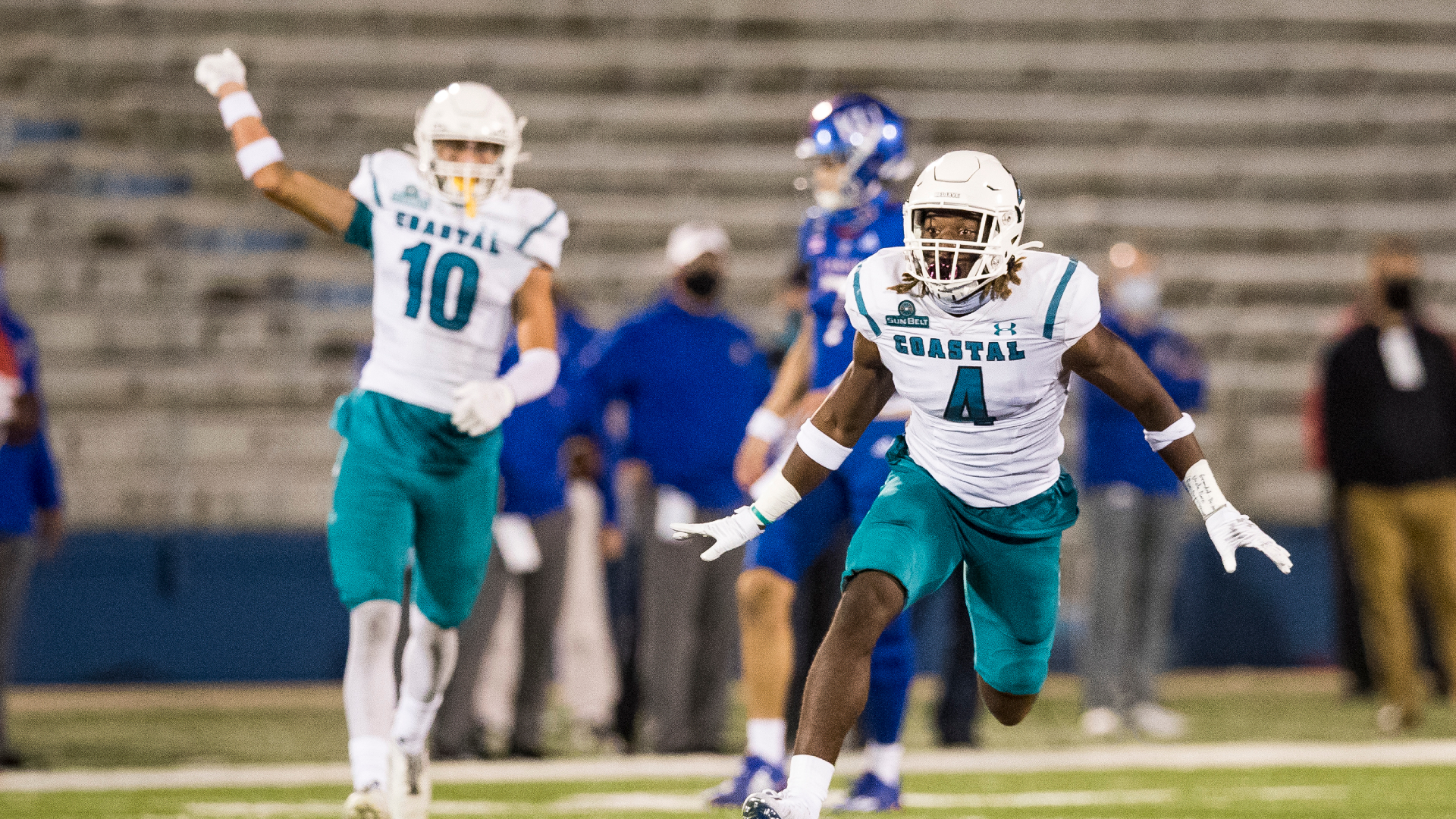 “College GameDay” is knocking out another first in the show’s history this week.

For the first time, Rece Davis, Kirk Herbstreit and the crew will head to Conway, S.C., for the ranked matchup between No. 8 BYU and No. 14 Coastal Carolina. This is the first time all season that “GameDay” will preview a non-Power 5 game.

The Chanticleers were initially set to take on No. 25 Liberty, but the Flames are dealing with a COVID-19 issue that made playing the game impossible. So Coastal Carolina reacted by scheduling the top-10 Cougars, who themselves were looking for a ranked opponent to boast their College Football Playoff resume. BYU might be considered the favorite, but Coastal Carolina — in its third as an FBS team — has enjoyed incredible success this season. The Chanticleers are 9-0 (7-0 Sun Belt) and have a shot at going undefeated in the regular season under second-year coach Jamey Chadwell.

MORE: College football picks, predictions against the spread for every Week 14 top 25 game

BYU, meanwhile, has dominated its 2020 schedule behind the arm of quarterback Zach Wilson. The junior has completed 176 of 237 passes (74.3 percent) for 2,724 yards and 26 touchdowns to just two interceptions. Will Coastal Carolina be able to slow down his incredible place, or will it be just another victim of his impressive passing acumen?

With that, here’s everything you need to know about “College GameDay” as it visits Conway, S.C..:

Where is ‘College GameDay’ location for Week 14?

The “College GameDay” crew of Davis, Herbstreit, Desmond Howard and David Pollack will preview Week 14’s college football action live from Conway, S.C. Corso, whose health is at greater risk should he contract COVID-19, has to this point set up a remote office in his home.

The game will be broadcast on ESPNU, with kickoff set for 5:30 p.m. ET.

“GameDay” has several options for its Week 15 site. The most obvious is the meeting between Michigan and No. 3 Ohio State in Columbus, Ohio. While “The Game” is arguably college football’s greatest rivalry, a matchup between a 2-4 Wolverines team and the undefeated Buckeyes might not be the most enticing. Other options that should be more closely contested include: No. 7 Cincinnati at No. 22 Tulsa in Tulsa, Okla.; North Carolina at No. 9 Miami in Miami Gardens, Fla.; No. 18 Wisconsin at No. 24 Iowa in Iowa City, Iowa; No. 17 USC at UCLA in the Rose Bowl; and No. 23 Washington at No. 21 Oregon in Eugene, Ore.

Who is the guest picker on ‘College GameDay’ for Week 14?

“GameDay” has yet to announce its celebrity guest picker for BYU-Coastal Carolina. Considering the latter team’s propensity for wrestling antics, perhaps they’ll go with a well-known wrestler? In that vein, none would be more appropriate for “GameDay” than Big Show, born in Aiken, S.C.