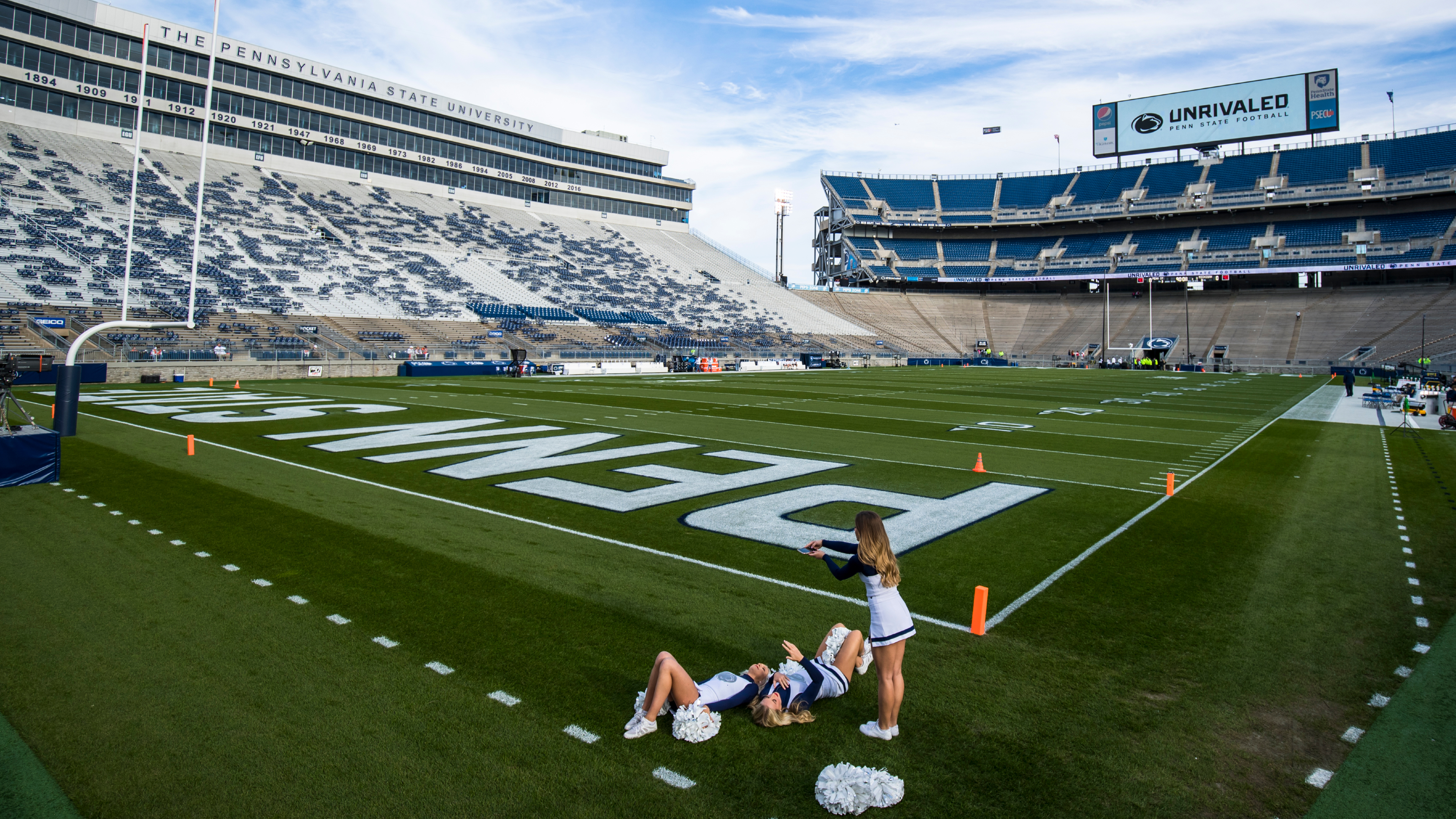 This week, Rece Davis, Kirk Herbstreit and the crew will head to University Park, Pa., for the ranked matchup between No. 3 Ohio State and No. 18 Penn State. The Buckeyes looked as dominant as ever against Nebraska to open their 2020 schedule, even after a relatively slow start against Scott Frost and the Cornhuskers. The shocking, mistake-filled loss by Penn State to Indiana, however, kept this game from being a top-10 matchup like many thought it would be.

The question now becomes how James Franklin and Co. respond after the disheartening loss: Will the Nittany Lions look despondent and start the season 0-2, or will they be able to challenge the Big Ten East favorites and potentially vault themselves back into College Football Playoff contention? The same must be asked of the Buckeyes, who can’t afford to overlook Penn State because of its loss to the Hoosiers.

With that, here’s everything you need to know about “College GameDay” as it visits University Park, Pa.:

MORE: Why was Wisconsin-Nebraska canceled?

Where is ‘College GameDay’ location for Week 9?

This week’s “GameDay” matchup stands out for several reasons. First, it will tie Ohio State-Penn State as the most featured matchup in the show’s history (matching Alabama-LSU with 11 overall appearances). It’s also the first game in which Lee Corso provided a headgear pick: He correctly predicted an Ohio State victory in 1996 when he donned a Brutus the Buckeye headgear. No. 3 Ohio State beat No. 4 Penn State 38-7.

Historically, Ohio State has dominated this matchup. The Buckeyes boast an 8-2 record against the Nittany Lions, including a 2-1 record as the road team. The Nittany Lions have not beaten Ohio State in a “GameDay” matchup since 2008: No. 3 Penn State beat No. 10 Ohio State 13-6 that season in Columbus, Ohio.

Overall, this will be Penn State’s 22nd time featured on the show; the Nittany Lions have an 8-13 record, including a 4-3 home record. It will be Ohio State’s 48th appearance (tying it for the all-time lead with Alabama); the Buckeyes boast a much more impressive 33-14 record, including a 13-4 away record.

The “College GameDay” crew of Davis, Herbstreit, Desmond Howard and David Pollack will preview Week 9’s college football action live from University Park, Pa. Corso, whose health is at greater risk should he contract COVID-19, has to this point set up a remote office in his home. The game will be broadcast on ABC, with kickoff set for 7:30 p.m. ET.

“GameDay” has a tough choice to make for its Week 10 slate of games, however. The Pac-12 returns to football, making Eugene, Ore. (Stanford at No. 14 Oregon) and Los Angeles (Arizona State at No. 21 USC) viable site locations. Other viable options include Jacksonville, Fla., for the neutral-site matchup between No. 10 Florida and No. 5 Georgia or Notre Dame, Ind., for No. 1 Clemson at No. 4 Notre Dame.

Who is the guest picker on ‘College GameDay’ for Week 9?

“GameDay” has yet to announce its celebrity guest picker. The show typically announces its guest on Friday or Saturday.

Ohio State is considered a 12-point road favorite over Penn State as of Thursday; Sporting News’ Bill Bender picks the Buckeyes to win 48-21 and cover the spread.