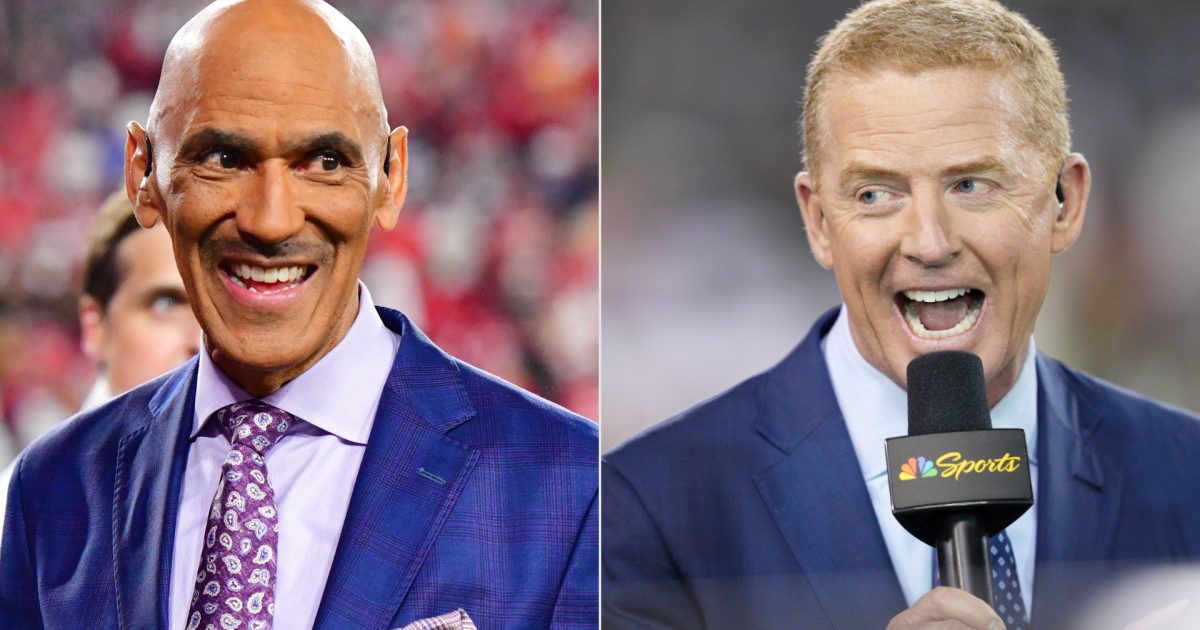 The NBC booth is getting a bit of a shake-up for its Thanksgiving game featuring the Patriots and Vikings.

Instead of having Cris Collinsworth do the color commentary for the contest, the network will turn to a couple of former NFL coaches to join the broadcast booth. They will be Tony Dungy and Jason Garrett.

Both Dungy and Garrett are part of the “Sunday Night Football” pregame show, so it’s no surprise to see them on air this Thanksgiving. What may surprise some is the fact that the two will be in the booth instead of serving in the studio roles that they typically play.

The two former coaches have experience in the booth, and each has called games with the network in recent years. They aren’t the No. 1 broadcast team, but NBC clearly views them as crucial fill-ins when one of their main analysts decides to take a week off.

Why are Dungy and Garrett in the booth with Mike Tirico? Here’s what to know about the NBC broadcast for Week 12.

MORE: Why the Jets benched Zach Wilson after loss to Patriots, explained

Why are Tony Dungy and Jason Garrett calling the Thanksgiving night game?

There are likely a few reasons that Dungy and Garrett will be heading into the booth for NBC’s Thanksgiving game.

First and foremost, Collinsworth isn’t working on Thanksgiving night. He mentioned that he would have the holiday off during the Chargers-Chiefs game in Week 11 when Tirico asked him to send pictures of his Thanksgiving spread back to his broadcast partner.

It’s not a surprise that Collinsworth is off on Thanksgiving. NBC often gives its top broadcast talent a holiday during the season, and Thanksgiving tends to be a good one to give. By doing that, NBC is then able to test its talent and depth in the studio while seeing what type of analysis its backup broadcasters can provide.

In recent years, Drew Brees got a chance to call the Thanksgiving game along with Tirico. The duo comprised the broadcast’s Notre Dame football tandem and were a natural replacement for Collinsworth and Al Michaels.

That said, Brees’ departure from the network is what is giving Dungy and Garrett a chance in the booth. Garrett took over for Brees as the color analyst for Notre Dame games, so he is their No. 2 analyst option. With No. 1 out, he moves up the board into the broadcast rotation.

As for Dungy’s inclusion, Garrett has never called an NFL game in the booth. He has been involved in the USFL broadcasts and Notre Dame broadcasts, but Dungy was likely added as a buffer to take the pressure off him.

Dungy has called three NFL games with NBC. He notably has called a Thanksgiving game before too, as he was in the booth in 2018 when he joined Tirico and Rodney Harrison in covering the game. Thus, it makes sense that he would join Tirico and Garrett, as he has teamed up with both in some capacity before.