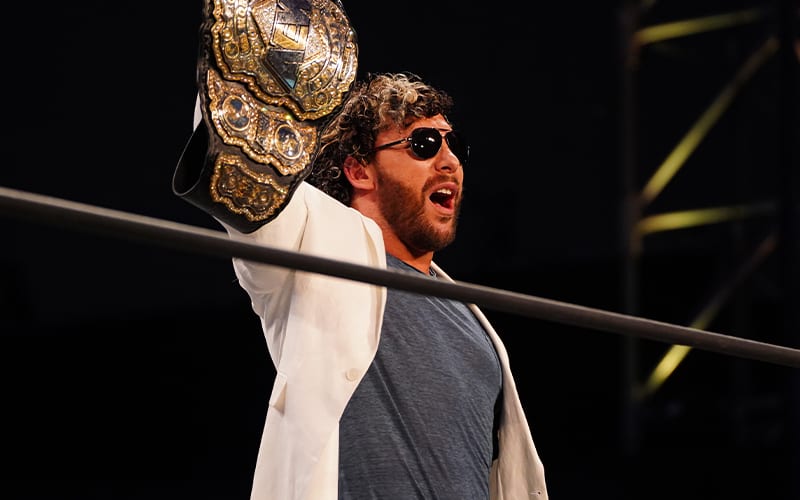 AEW Dynamite this week concluded with Kenny Omega defeating Joey Janela in a hardcore match. Then the AEW World Champion had an unexpected surprise.

December 30th will be the first night of AEW New Year’s Smash and they booked a big match during the closing moments of Dynamite this week.

Fenix never lost in the AEW Eliminator Tournament. Pac came out to make The Cleaner aware of this. Then he informed Kenny Omega that he already had the match sanctioned.

Kenny Omega will face Fenix with the AEW World Title on the line during the first night of New Year’s Smash on December 30th.

At this time there are no other matches announced for the special episode of Dynamite.