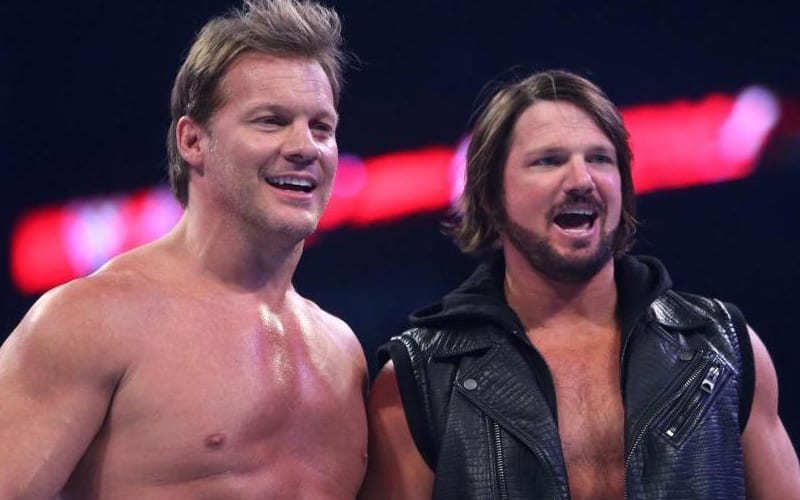 AJ Styles entered WWE after a career outside of Vince McMahon’s company. He accomplished more than most ever will in this business, but he never performed in front of the WWE Universe before.

Chris Jericho and AJ Styles were put against each other in a feud that stretched to WrestleMania. It was Y2J vs AJ in a battle that plenty of fans had been waiting to see. You can also never forget about their short-lived Y2AJ team.

While talking about that feud on his Twitch stream, AJ Styles opened up about how much Chris Jericho was there for him throughout his early days in Vince McMahon’s company.

“I love Chris. I can’t say enough good things about him. The dude is just awesome. My first WrestleMania was with Chris and he was all about helping me out. From the Royal Rumble when I debuted all the way to WrestleMania, he was always trying to help me out. Big thanks to Chris.”

AJ Styles signed a big contract with WWE instead of going to AEW. The Young Bucks said that there were plans for AJ to debut during the first Dynamite as well. That would have given even more opportunities to see Styles vs Jericho. You can never say never in pro wrestling, but it seems that company lines will prohibit them from revisiting that feud in an official setting.