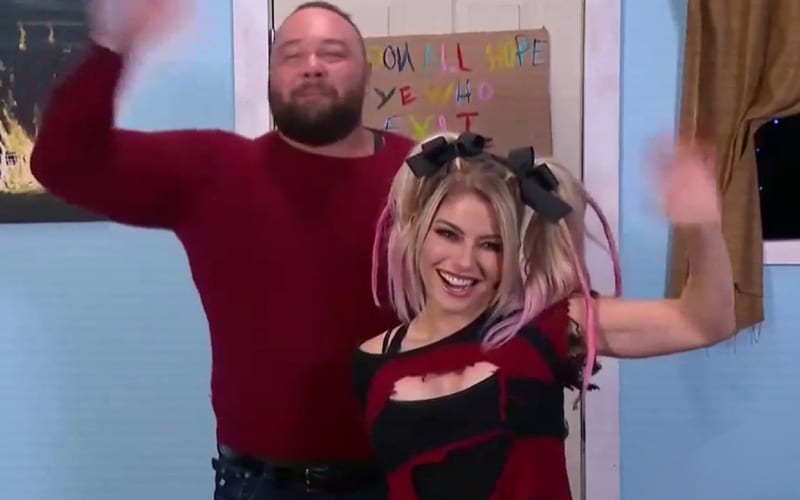 Alexa Bliss and The Fiend have something very interesting going on, and WWE brought that angle to the Firefly Fun House as well.

Bray Wyatt’s Firefly Fun House during the season premiere of Raw this week was all about fresh starts. Ramblin Rabbit revealed that he has a wife and kids. This is something that Wyatt didn’t know. Ramblin Rabbit then said that all he wanted was a friend and Bray remembered all of the times he destroyed his rabbit pal through the months.

Wyatt said that he was a bad friend and promised to be better. Then Mercy The Buzzard ate Ramblin Rabbit.

Just as the segment was closing, they heard a knock at the door. Wyatt answered the door and Alexa Bliss came in dressed in her own version of a Firefly Fun House costume.

Bray Wyatt and Alexa Bliss have now taken their storyline to the Firefly Fun House. It seems that the duo’s connection is only going to grow from here.