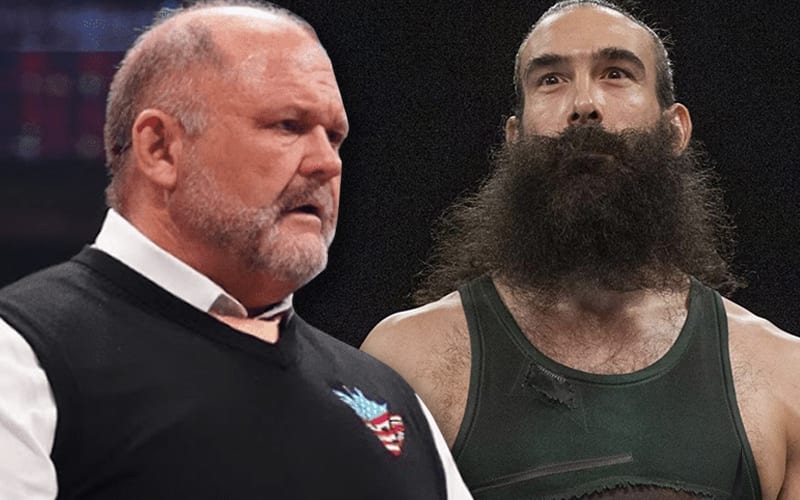 Brodie Lee passed away at 41-years-old, and the pro wrestling world is still in mourning over the loss. His time in WWE was nothing that it could have been as Luke Harper was lost in the mix and rarely booked at all near the end of his run. Brodie Lee was able to prove that he is a main event name as he reached those heights in AEW.

During Talk Is Jericho, Arn Anderson revealed that he had a great idea for Brodie Lee’s character in WWE. He never wanted to go with Luke Harper. Instead, The Enforcer saw the intelligence beneath Brodie Lee’s demeanor, and he equated it to a more menacing and intellectual identity: The Unabomber.

“I heard one time he was told that he doesn’t sound like a hillbilly, and that’s what’s holding him back. ‘He’s too intelligent when he speaks.’ I had a character for him that would have been awesome, as frightening as anybody has been. What about the guy that looks like that, especially when he wore the dirty, dingy white ‘wife-beater’, and it was even a little muddy even on some nights.”

“What if you got a shot from somebody in a tree or something, and you’re shooting into a window and you got a single light bulb and it really looks like a primitive, almost I’m expecting the camera to pan down like you got some guy tied up and you’re torturing them or something. What if that guy is sitting with a computer, and he’s rattling away. And you made that guy The Unabomber.”

“He’s brilliant. He’s making stuff. He’s going over the injuries. He somehow got ahold of all the records of all the crew with their injuries. What is he going to attack next, kind of game planning. His voice is eloquent. You make him a genius. How scary would that guy have been? Well, when I tried to lay that out to creative, they looked at me like I got six heads as you can imagine.”

Brodie Lee’s character transition to The Exalted One was great to see, and the entire world was robbed of countless stories to come with his passing. He will be missed forever, but he remained a constant bright spot for anyone who was lucky enough to know him.