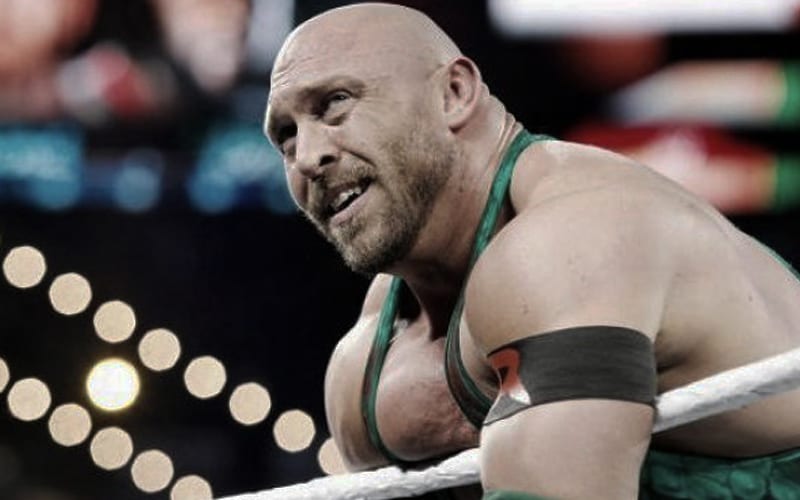 Ryback and WWE don’t get along anymore. He has thrown tons of shade at them for suppressing his social media and sending “WWE Puppets” like Mark Henry after him. There is also an intense legal battle over the rights to his name.

During the ARN show, Anderson said that he always got along with Ryback. He was always respectful, but things got to a certain point where they “cut off his water,” and Ryback’s push ended.

It was a sudden downfall for Ryback as he stopped getting pushed, and soon it was very evident that he had made enemies with the wrong person backstage.

“I have an opinion about people on how they treat me. It doesn’t matter what I think done unless it was some crime against nature or children or women or something that’s unforgivable. I always had no issues and had a great working relationship with Ryback. There were a lot of things that I would pull him aside and explain to him in advance my feelings about what they were going to do with him. Let me say this. There was a point when the ‘feed me more’ started and they started pushing him. He got over pretty good. He was pretty hot at one time.”

“Here’s that line, they cut his water off and I don’t know why. It was so sudden and it was such a turn that it makes you wonder if there was a conversation somewhere that I wasn’t privy to. Somewhere he picked up some heat with the wrong guy. That’s the only thing I can figure happened because the guy was selling merch. He looked like a million dollars. He was getting over which is what you wanted and he had that look that Vince loves.  I couldn’t figure out what the negatives were. I never had an issue with him working on matches, he was always very easy to work with. I don’t know about his arguments lately. I don’t try to get too deeply involved in what I read in believing about half of what I hear, maybe not even that. It’s just, sorry to hear that because I like both guys, but if he’s getting himself ready back for another run, we’ll see how that goes.”

Ryback teased an AEW arrival, but then Mark Henry advised the company against hiring him. Then a report came out that AEW isn’t interested in him anyway. We’ll have to see what’s next for Ryback, but he’ll be on social media spreading his message and own brand of motivation until something else happens.

Thanks to Wrestling News for the quote