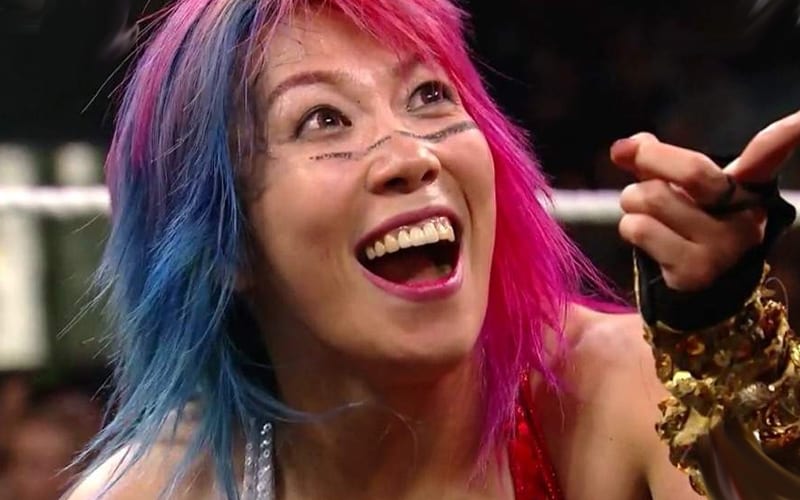 The Ravishing Russian recently tweeted out a video of herself kicking a board with Asuka’s name on it, literally. The board broke, and Lana yelled: “CRUSH!” Asuka saw the video, but she wasn’t impressed.

The RAW Women’s Champion didn’t even bother with a caption. She just tweeted out a video of her rolling on the floor laughing while saying: “seriously?!” Asuka obviously doesn’t think Lana’s kicks are too intimidating either.

The video Asuka used was from when she put together her awesome Street Fighter arcade cabinet. Click here for that full video.

We’ll have to see if Lana can pull off a major upset victory against Asuka. Stranger things have happened before in WWE. Asuka doesn’t seem too worried about it in the meantime.