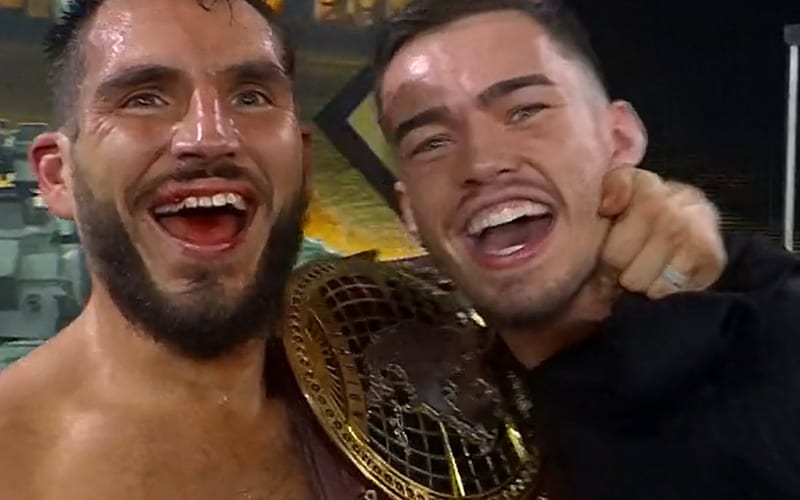 Austin Theory was a member of the WWE main roster for a time. Then he was pulled from RAW and sent back to NXT. He sat on the sidelines for a while, but now he’s back.

Johnny Gargano reclaimed the NXT North American Title during NXT TakeOver: WarGames. He did so with the help of plenty of people in Ghostface masks. They were all fought off, but one showed up later with a lead pipe to take out Damian Priest.

That lead pipe wielding masked man revealed himself to be Austin Theory. He had a big smile on his face, and now he is aligned with Johnny Gargano.